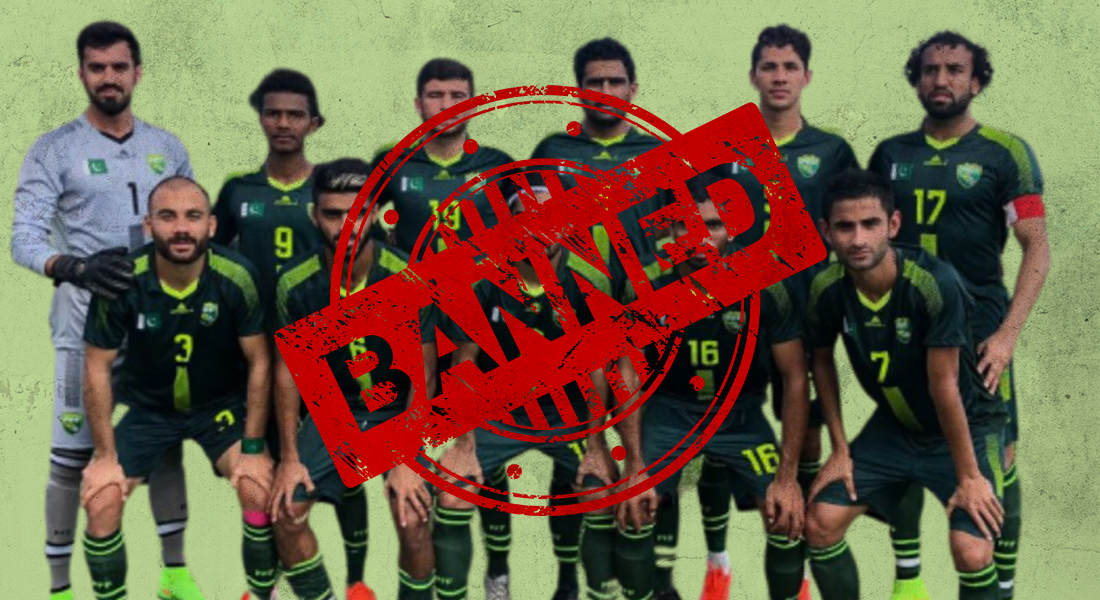 FIFA has officially placed a ban on Pakistan’s football governing body, the Pakistan Football Federation (PFF) on Wednesday. The infringement being “undue third-party interference”. The ban will force the Pakistan national team or any Pakistan club from taking part in any international competition.

The PFF Normalization Committee (NC) headed by Haroon Malik was appointed by football’s statutory body FIFA to monitor its activity in the federation. The NC was boycotted and seized by a group of officials spearheaded by Ashfaq Hussain Shah. Although Ashfaq Hussain was elected as PFF’s President and sanctioned by the Supreme Court, it was not formally recognized by FIFA. Hence, the “hostile takeover” by the officials was seen as an act of violation of the rights and statutes exercised by FIFA.

“FIFA issued a letter warning that should the illegitimate occupation of the PFF headquarters not be lifted and the office bearers recognised by FIFA not be permitted free access to the building to carry out their mandate, the matter would be immediately submitted to the Bureau of the Council for decision,” FIFA said, as per the reports of Al Jazeera.

FIFA further added that it would only lift the ban once it receives formal confirmation from PFF that its officials assigned by FIFA are earmarked to their respective designations and that all premises, accounts, administration and communication channels are under its full control once again.

The commotion that took place in Lahore that led to the events is the least of the worries that Pakistan Football faces now. The resources that should have been spent on the development and activities of the sport is now being utilised to clear up the mess that has once again resurfaced. A similar situation had occurred in 2017 where the country faced a ban of six months.

FIFA does not approve of government bodies interfering with the activities it conducts. It believes that political influence can deter the essence of the competitions that are being held, not only to maintain a competitive environment but also to encourage diplomatic relationships at least in the Footballing World. FIFA nor any of its various organizations do not tolerate any kind of third-party involvement and it has once again maintained its position by taking appropriate actions against the perpetrators.

PEOPLE OF PAKISTAN REACT TO THE FIFA BAN

The ban is only going to destroy football in the country. The reactions of the national team captain Kaleemullah Khan was not a lone voice. Hajra Khan, captain of the women’s football team also exclaimed that the decision was disheartening and embarrassing. NC head Malik also expressed his deep disaccord of the situation and vouched to put his efforts to normalize the situation.

Players have all been affected roughly. Football as a sport has been rediculed over time in Pakistan.
Who's answerable?@ArifAlvi @ImranKhanPTI #FIFABan pic.twitter.com/VYGPvcF76G

The players and staff of all the committees and organizations that are involved in the industry in Pakistan also backed these voices as they too were dependent on the funding that FIFA provides, which is now cut-off due to the sanction.

We the patriots of Pakistan from the Footballing community are very disappointed with the Federal Government’s lack of action for avoiding a ban on Pakistani Football by FIFA.

We would be pleased if you assist the Football Community in these dark times.

The financial and social disruptions are being overlooked by the few who have vested interests in the governing body. Without the support of FIFA, it is extremely hard to develop the sport and take it forward. The morale of the entire industry is under threat. The Sports Ministry needs to find a solution to the matter with immediate effect or the long-term ban imposed may very well plummet the federation as a whole.