This is how FIFA makes money

You might have heard about how rich football industry is, but have no idea why they are so rich. Here are ways FIFA makes money and this is quite same as many other football competitions. 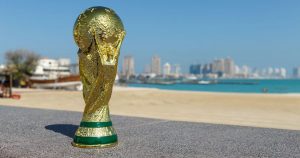 FIFA stands for International Federation of Association Football. Founded in 21st May 1904 with the motto of “For the Game. For the World”, FIFA now is the international governing body of association football, futsal, beach soccer and football. On FIFA World Cup season, you can watch football live on internet, see now.

FIFA was founded to organize and promote a growing number of international football competitions. Its objectives include growing football internationally, providing efforts to ensure this sports is accessible to everyone, at the same time, advocating for integrity and fair play. As a non-profit organization, FIFA used most of its earning to invest in the development of the game. These earnings generally come from organizing and marketing major international competitions. Their business seems simple but the benefits are extremely huge. In 2018, FIFA generated total revenue of more than 4.6 billion dollars worldwide.

The main source of revenue of FIFA is from World Cup tournament – one of the biggest and hottest sports events in the world with the participation of national teams from all over the world. Although the World Cup is just organized every four years, it is enough to make it the major source of money for FIFA. Not only earning money from the tournaments, but FIFA also generates revenues from television rights, marketing rights, licensing rights. In addition, the federation also takes efforts to minimize unnecessary costs, leaving as much money as possible to reinvest in the development of football.

As the one and only organization to hold the World Cup and Women’s World Cup, there is no doubt that this federation can create billions in revenues from these events. The World Cup host country is not chosen randomly. Rather, countries who wish to be the host must go through a bidding process – which is a harsh competition. The World Cup 2022 will be organized in Qatar. The 2026 tournament will be hosted by the United States, Canada and Mexico.

Each World Cup tournament will attract millions of audience, putting pressure in the host country’s infrastructure. But, they still want to be the host, what are the reasons? Well, the first thing is that holding such a big tournament will cost a lot and requires investments in building and infrastructure. Therefore, the host will attract investors to pour out their money, which facilitates financial development. Besides, it is a desired event to promote the host country to foreigners, possibly leading to an increase in the number of tourists coming.

This is where their money comes from

The World Cup tournament is more than just selling tickets, there are more things from which, they can earn money.

In 2018, FIFA generated total revenue of 4.6 billion dollars. Of this amount, there is more than a half coming from television rights, which is equivalent to nearly 2.54 billion dollars. So you turn on your televisions to watch this biggest tournament on it. It is the result of the negotiating process between the television stations or broadcasting institutions with FIFA. Sometimes, both parties could not reach an agreement towards the television rights, thus they are not permitted to broadcast the football games and related events. The competition for broadcasting is often serious due to the increasing popularity of this sports.

ESPN and Twenty-first Century Fox Inc. (FOXA) entered a bidding war to get the television rights. Finally, FOX outbid Disney’s ESPN with the money of 400 million dollars paid to obtain television rights through the 2022 World Cup.

Selling marketing rights is another way FIFA uses to generate its revenues. 1.66 million out of 4.6 million generated in the 2018 World Cup was from the sale of marketing rights. This 1.66 billions of dollars are generated in the 4 years leading up to the current World Cup. This amount is expressively high in the circumstance that the corruption scandal involving many high-level leaders of FIFA broke.

Hospitality and accommodation rights and ticket sales are a major source of FIFA’s revenues. A direct subsidiary of FIFA is entitled to enjoy 100% of the ticketing rights.  In the period of 2015 – 2018, the total money from hospitality rights and ticket sales is reported to be up to 712 millions of dollars. In the 2018 World Cup held in Russia, more than 10 million tickets were sold.

What is the future of FIFA?

As long as people are crazy for the World Cup tournament, surely FIFA is still in its march. With the massive fan base in all countries in the world who are willing to spend a part of their income to buy tickets, massive revenues are no doubt real. In the future, to keep the sources of their revenues, FIFA’s future plan is to continue to support the development of this sports by investing in many projects. Besides, it will take considerable efforts to bring the corruption scandal in recent years to light.

The bidding process of FIFA still receives many complaints, therefore, in the future, it is a must to improve it to make it a transparent and objective process. Gender equality in football will also be promoted.

Earning a huge amount of money every tournament does not necessarily mean a good future for FIFA, especially after the corruptive scandal in 2015, leaving the president and other executives to be arrested. The questions about the transparency and good governance of FIFA raise, demanding positive changes in management to prevent corruption and deceit.

Post tags:
England
previous post
What To Look For When Claiming Free Online Football Bets
next post
The Different Faces of Online Casinos; the Good, the Bad and the Ugly