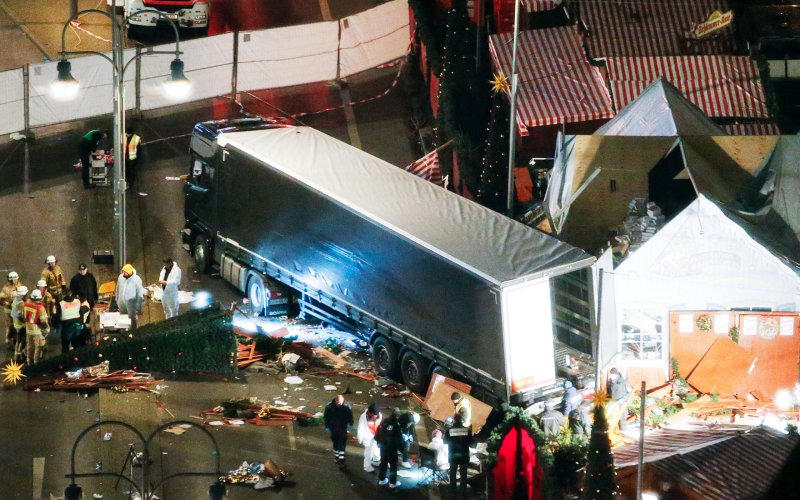 ‘What Happened To Humanity?’ – Football World Reacts To Berlin Attack

Footballing world both in and outside of Germany has united to show solidarity with the victims of the Berlin Christmas Market Crash – Players and clubs alike have paid tribute to all those affected by the attack.

A lorry ploughed into a crowd at a Christmas market in Berlin on Monday night, killing twelve people and injuring 50 others, Berlin police announced.

The truck drove over the side-way at Breitscheidplatz, a major public square near the location of the iconic Kaiser Wilhelm Memorial Church, in the inner city of Berlin.

According to witnesses, people screamed and ran desperately for shelter after the truck veered towards the crowd near the Christmas market.

A suspect was arrested 2km away later, while reports in the media are suggesting that the truck was stolen before the attack.

A series of attacks occurred in Germany in this summer, raising concerns over the safety of the country in the fallout of refugee influx in recent years. 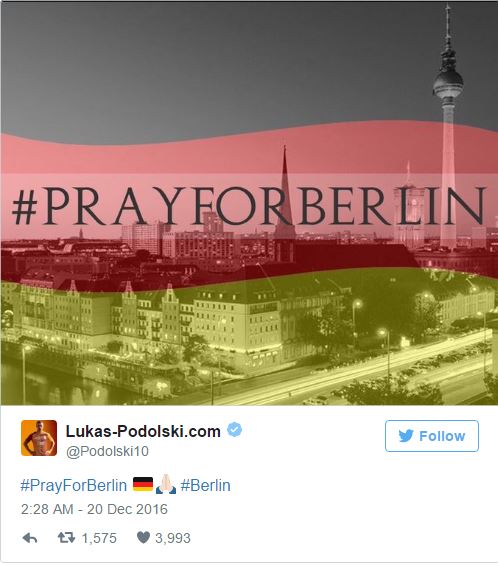 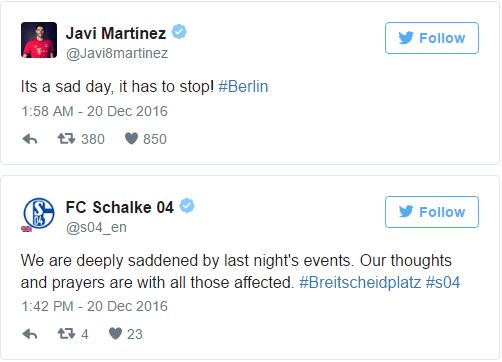 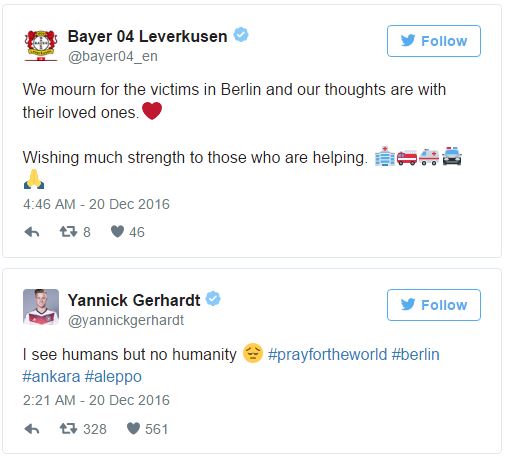 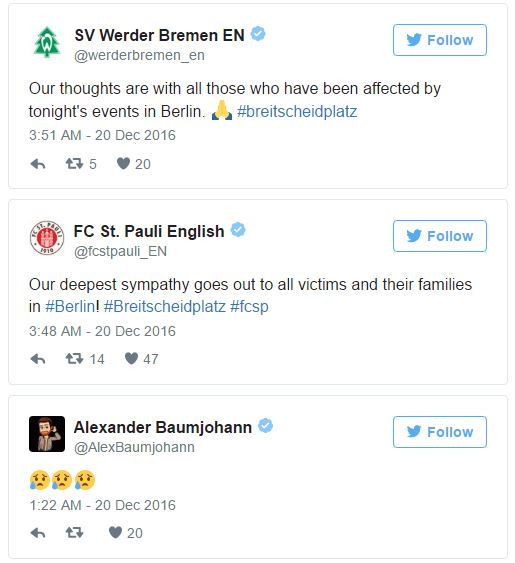