Football’s Next Marketing Superstar May Emerge At This World Cup

There is some poignancy to this year’s World Cup, sharpened by the fact that the next tournament in Qatar will not take place until November 2022. By then Cristiano Ronaldo will be nearly 38-years-old and Lionel Messi will be 35. Russia 2018 may therefore be the last time we see Ronaldo and Messi playing in a World Cup together.

The two have been instrumental in defining this era in football, and their extraordinary playing successes have translated into financial and commercial success too.

For Ronaldo, there are deals with Nike, Herbalife, Tag Heuer and Abbott Labs, plus he has his own fashion label CR7. As a result, the Real Madrid star earns US$108m a year, while the value of his brand alone is estimated to be worth US$21.5m, which makes him the fourth most valuable athlete brand in the world, after Roger Federer, LeBron James and Usain Bolt. Messi is ninth in that same list, thanks to deals with Adidas, Pepsi, Gillette, Turkish Airlines and more.

So what is “Brand Ronaldo”, other than a strutting ego? As a commercial proposition it offers association with power, performance and pectorals. With every goal scored, and each shirt removed, equity in one of world sport’s most tightly defined athlete brands increases just a little more. By contrast, the essence of Brand Messi is the likeable boy from next door – though his football is hugely skillful, his image is much more low key.

Should one or both of these players fail to appear at another World Cup, it won’t necessarily mean their brands will decline in value or disappear. As former professionals such as David Beckham have proved, football player brands needn’t die, they can transform themselves.

Even so, it is looking like there are a couple of upcoming vacancies at the top of football’s brand hierarchy, the question thus becoming: who will ascend to the throne and become king?

Waiting in the wings

This year’s World Cup should help to answer this question. Brand Neymar has been trying for some time to step out of the shadows of his nemeses, which most recently led to a world record transfer away from Messi’s Barcelona to Paris Saint Germain. Playing in the capital of world fashion has helped underline one of the Brazilian’s commercial points of engagement (he is increasingly renowned for his clothes), as has a value-adding brand collaboration with his country’s national team – the Seleção Brasileira is one of world football’s most potent team brands. 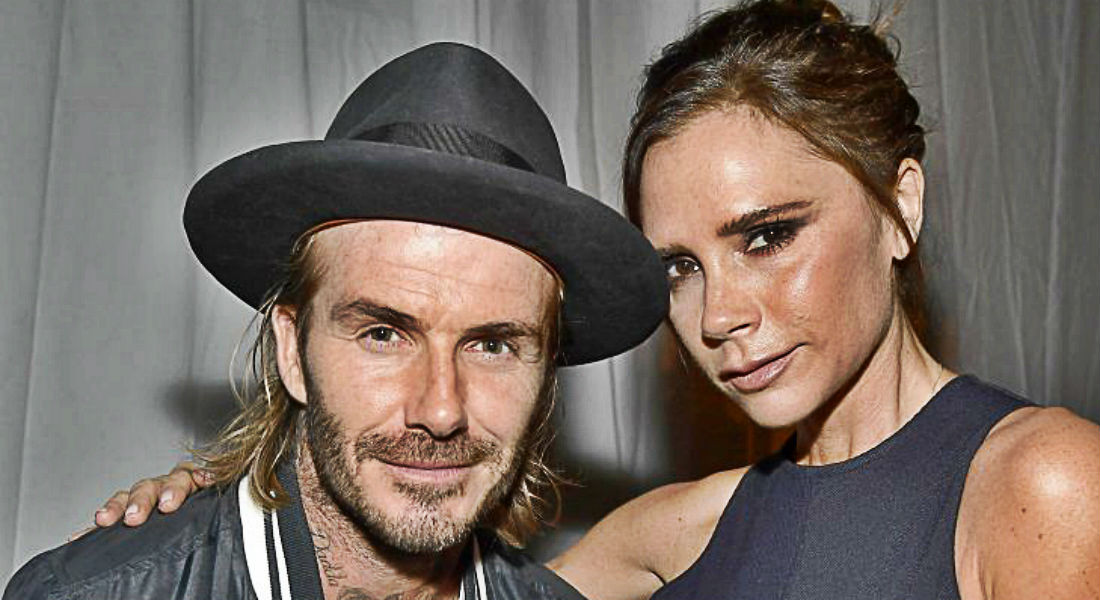 Throw in Neymar’s host of commercial deals with the likes of headphone manufacturer Beats by Dre, and here is a player brand that is the quintessence of 21st-century millennial consumption.

Yet his brand can also be slightly awkward. As a player, he combines the diving, arrogance and showboating of Ronaldo, though without the same sense of deserved success through hard work and incredible drive one associates with the Portuguese international. This means Neymar often seems to be no more than a stepover or two away from antagonising someone.

One year ago today Stormzy unveiled Paul Pogba as a Man United player with this video. Nothing has come close to this announcement since. pic.twitter.com/fsfRtcnJtX

Perhaps, then, France’s Paul Pogba is the man who will lead the next generation. Two years ago his brand was in the ascendancy. A move to Manchester United saw the player capitalising upon his commercial appeal, symbolised by Adidas adverts alongside grime artist Stormzy. Pogba was supposed to epitomise “street cool”. However, after an underwhelming start in Manchester the Frenchman’s commercial lustre has somewhat diminished, which is evidence that a player’s on-field performances are still linked to their commercial appeal.

Even so, the player, his representatives and commercial partners are persevering and “Pogs”, Stormzy and other Adidas stars are back together for this summer’s tournament. 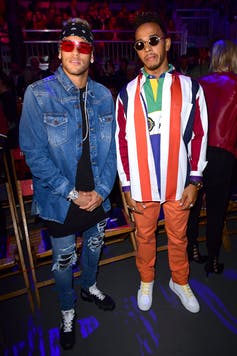 But Pogba will face competition from new kid on the block, Mohamed Salah. The Egyptian international is appearing at a World Cup for the first time, yet has already established himself as one of world football’s most important icons. He is feted across the Middle East and North Africa as a positive public face for Islam, and as a focal point for unity in his otherwise factionalised home country.

The commercial rewards have consequently already started to flow, Salah having recently signed deals with Uber and DHL. However, the Egyptian’s rapid commercial emergence has highlighted some of the pitfalls facing footballers who play the branding game.

Salah almost didn’t make it to Russia thanks to a shoulder injury. Meanwhile just before the World Cup the player became embroiled in a dispute with his country’s football association, over sponsorship conflicts. And already this tournament, Brand Salah has been somewhat tarnished by an unfortunate meeting with Chechen warlord-turned-leader, Ramzan Kadyrov. 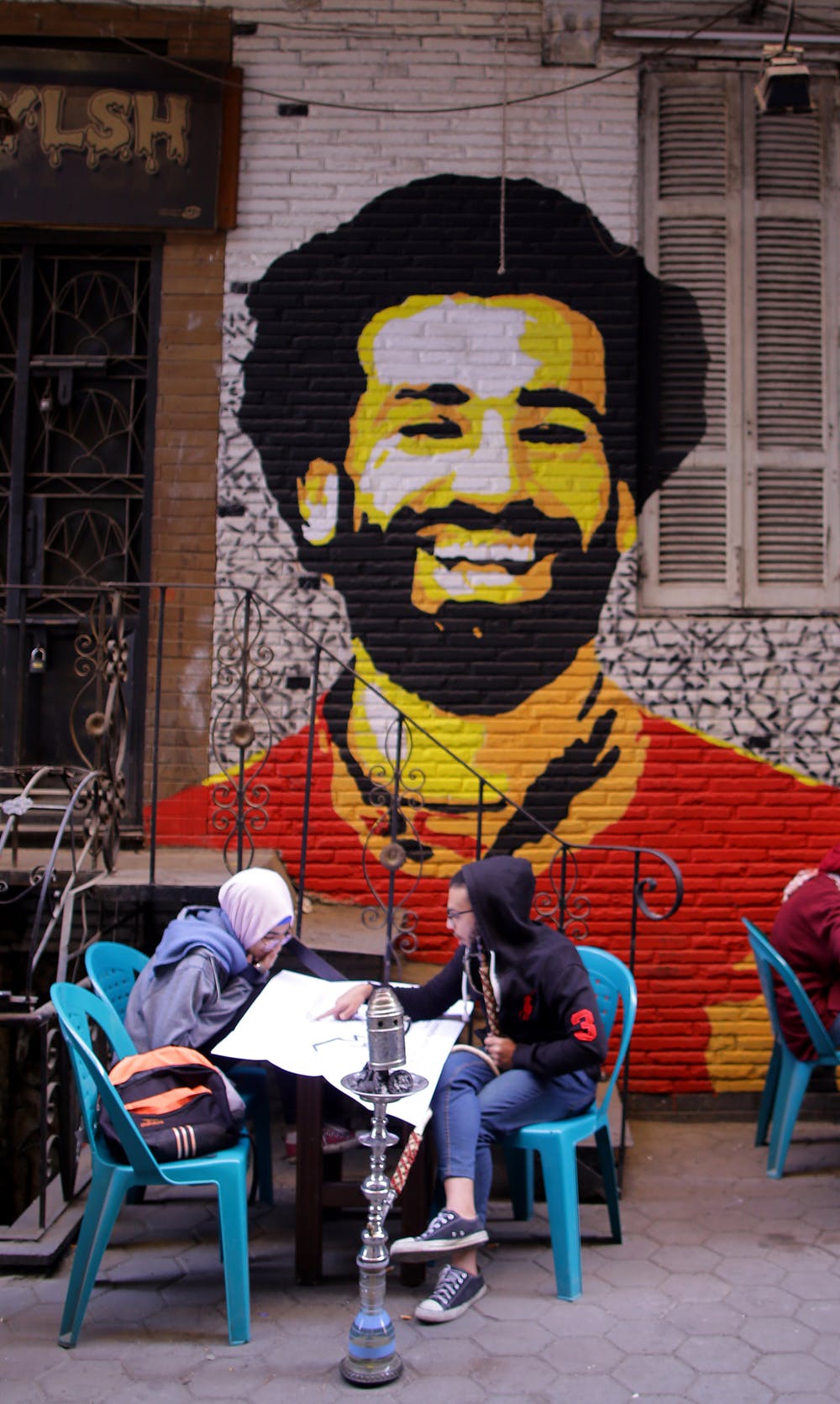 Ronaldo and Messi certainly can’t last forever. And while the likes of Salah, Pogba and Neymar will be desperate to win the World Cup, their armies of agents, sponsors and commercial partners will be just as keen to succeed the “big two” off the pitch.