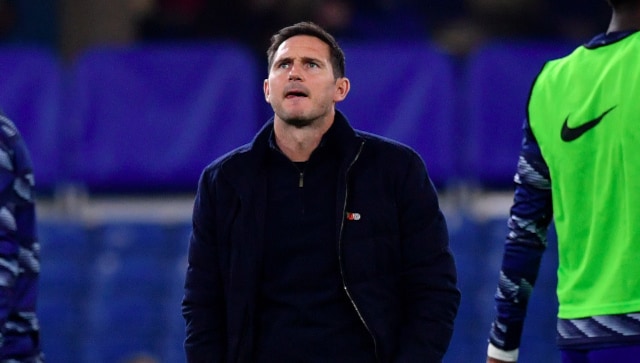 Frank Lampard is sacked by Chelsea less than 24 hours after the club’s FA Cup victory over Luton Town, with Thomas Tuchel primed to replace him.

Frank Lampard, who is considered one of Chelsea’s greatest ever players after winning 13 trophies in a 13-year stint in west London, took charge in 2019 following a year in the Championship with Derby County.

He steered the west London club to a top four finish in his maiden season in the top-flight, but the mood had soured at Stamford Bridge this term with the club lagging behind their rivals despite a summer spend exceeding the £200million mark.

As the Daily Telegraph first reported, the players were told not to come to the training ground until Monday afternoon as Frank Lampard becomes the 10th manager sacked during the Roman Abramovich era.

The 42-year-old had come under increasing pressure over the last few weeks with Chelsea currently sitting ninth in the top-flight, 11 points behind league leaders Manchester United.

After a 17-game unbeaten run in all competitions earlier this season, Chelsea’s form has nosedived. Since the middle of December, they have lost away to Everton, Wolves, Arsenal and Leicester and were also beaten 3-1 at home by Manchester City

A text went around the entire first-team squad on Monday morning to inform them that training was delayed, as Chelsea prepared a statement.

Lampard was called in to meet with Chelsea board members to be informed of the news, 18 months into the three-year contract he signed as Chelsea head coach.

The Official Statement from Chelsea Football Club read as:

This has been a very difficult decision, and not one that the owner and the Board have taken lightly.

We are grateful to Frank for what he has achieved in his time as Head Coach of the Club. However, recent results and performances have not met the Club’s expectations, leaving the Club mid-table without any clear path to sustained improvement.

There can never be a good time to part ways with a club legend such as Frank, but after lengthy deliberation and consideration it was decided a change is needed now to give the Club time to improve performances and results this season.

Also, this is for the first time Roman Abramovich has ever been part of the club statement, explaining why a manager has been sacked. RESPECT Indeed.

“I’m a fighter first and foremost. It’s how I managed to make a career out of the game as a player. When I packed up, I could have easily stayed in the media or come out of football altogether.

“This was a very difficult decision for the Club, not least because I have an excellent personal relationship with Frank and I have the utmost respect for him.

“He is a man of great integrity and has the highest of work ethics. However, under current circumstances we believe it is best to change managers.

“On behalf of everyone at the Club, the Board and personally, I would like to thank Frank for his work as Head Coach and wish him every success in the future. He is an important icon of this great club and his status here remains undiminished. He will always be warmly welcomed back at Stamford Bridge.”

Absolutely unprecedented for Abramovich to feel the need to explain a managerial sacking. Just shows what a big decision it was on Lampard and the esteem he is held in by all at the club, despite this decision #cfc

Lampard had hoped to be given time to turn around Chelsea’s poor Premier League form and the FA Cup success over Luton looked to be a step in the right direction.

Lampard’s departure would also surely split opinion among Chelsea fans, particularly those who still idolise him from the former midfielder’s playing days, when he became the club’s all-time record goalscorer.

Speaking before the Luton Town game Lampard said “I’m a fighter first and foremost. It’s how I managed to make a career out of the game as a player. When I packed up, I could have easily stayed in the media or come out of football altogether.

Thomas Tuchel is set to put pen to paper as the next Chelsea manager, who only became available a month ago when he left PSG, less than five months after taking them to the Champions League final, which they lost to Bayern Munich.

The 47-year-old German won back-to-back league titles in Paris but that was not enough to satisfy the club’s ambitious owners, who replaced him with Mauricio Pochettino.

Prior to PSG, Tuchel impressed at Borussia Dortmund, having started his managerial career with Augsburg and then Mainz.