From Boys To Men, Top 10 Promising Players To Look Out For This Premier League Season

Following the steps of teenage sensation Marcus Rashford who grasped the opportunity to shine at Old Trafford and established himself as a prominent player under Louis Van Gaal last season, we look at some youngsters who might have their breakthrough season this time around.

With his future at White Hart Lane secured, Onomah will now be looking to try and break through and cement his place in Pochettino’s young white brigade. Having come up the ranks, graduating from Spurs academy, the youngster managed to make a staggering 19 senior appearances in all competitions last season. The Europa League being the main platform for the Englishman to showcase his skills. This season though, Spurs have the Champions League to contend with, so it will be interesting to see if the rotation means more domestic game time for the 19-year-old.

With new manager Claude Fuel having taken over the job at St.Mary’s, he didn’t take much time in declaring the need for fresh talent. Reed, having just come back from a loan spell from Scottish side Rangers, managed to impress the Frenchman during the pre-season campaign and hence will be looking to continue the same form into the new season. Although, Victor Wanyama departed, the arrival of Pierre Emile Hojberg from Bayern Munich only means that Reed will have to fight it out in order to make it to the starting eleven.

Apart of the rock solid defence that only conceded 31 times in the championship last season, Gibson was a key figure in Aitor Karanka’s promotion-winning side. Coming into the new season and with the Premier League beckoning a new challenge, the Englishman will be eager to help Middlesbrough avoid a relegation battle this season and “build a legacy” at Riverside. In return, he will also be hoping to get a call up to the national squad and play under Sam Alladyce. After all, there aren’t many left footed-centre halves all across Europe.

After six different loan spells, including a period on the fringes at Napoli, it would appear to be now or never for Chalobah at Stamford Bridge and he has looked sharp in pre-season. Having played as a centre-half, he has been used mostly in a holding midfield role lately. There is little doubt over his talent but it seems wasted if he is not going to be offered sufficient opportunities by his new manager Antonio Conte to impress.

A revelation was caused during the opening day of last season’s Premier league campaign when a certain 16 year old teenager Reece Oxford took Arsenal Center-backs Koscielny and Mertesacker and put them in his back pockets. With such a start, one would have expected the Englishman to kick on and light the Premier league on fire, but it wasn’t to be. Nevertheless, Oxford is evidently assured for such a young player and reportedly queried if he will have a greater role under Slaven Bilic this season.

After the centre-half’s debut in the friendly against MLS All-Stars, Arsène Wenger was quick to point out how surprised he was by the 20-year-old’s assuredness in marking Didier Drogba. “He reads the game well and understands what’s going on, anticipates well and that’s a quality at such a young age that you do not find a lot,” Wenger said of the £2m signing from Bolton, The long-term injury sustained by Per Mertesacker could mean he may well be dropped in at the deep end.

When summoned by Sam Allardyce to put on his goalkeeping gloves in an FA cup clash against Arsenal, Pickford impressed on debut. Since then he has come a long way, climbing up the ranks and becoming a regular competition to Mannone after signing a new long term contract on Wearside. What remains to be seen is what new manager David Moyes makes of him and whether he will make the Englishman a member of the starting eleven.
Pickford, also has the rare distinction of having already played in the top five levels of English football by just the mere age of 21. 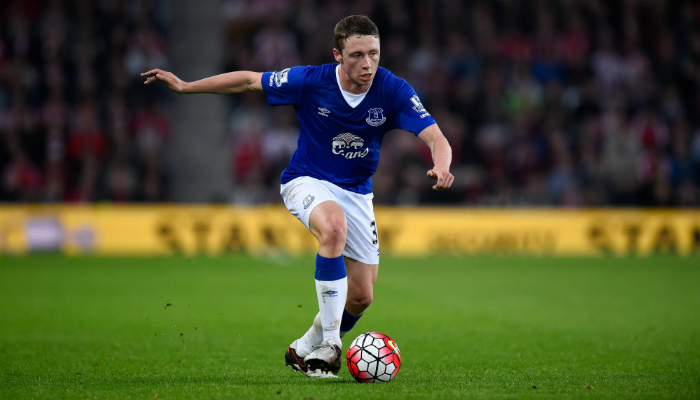 Everton had a shambolic 2015/16 Barclay’s Premier League campaign and a succession of injuries only contributed to making things even more worse. But this allowed Pennington to showcase his talents as he broke through the senior team after having to be recalled from a loan at Walsall, due to lack of resources at the club. This time round, with John Stones having made a high prolific move to Manchester City, Pennington might just get his chance to cement his position in the Toffees backline.Unusually he has hardly featured for England’s underage teams, aside from involvement with the under-19s.

With Leicester also competing in the Champions League this season, rotation will be a must for Claudio Ranieri and the 20-year-old winger, who signed for the champions from Birmingham City, can be one of the beneficiaries. Gray has also left Gareth Southgate impressed since making his England Under-21 debut against Switzerland in March.

Ojo has made 11 appearances for Jurgen Klopp’s team, impressing on both flanks, and performed well in England’s run to the European Under-19 Championship semi-finals. The former MK Dons prospect rejected Klopp’s offer of a post-Euros holiday to join Liverpool on their pre-season tour of the United States and made an impact in the games against Roma and Milan. That’s how much he is committed to the Reds following his managers claims stating that the youngsters future is a 100% guarantee at Anfield.