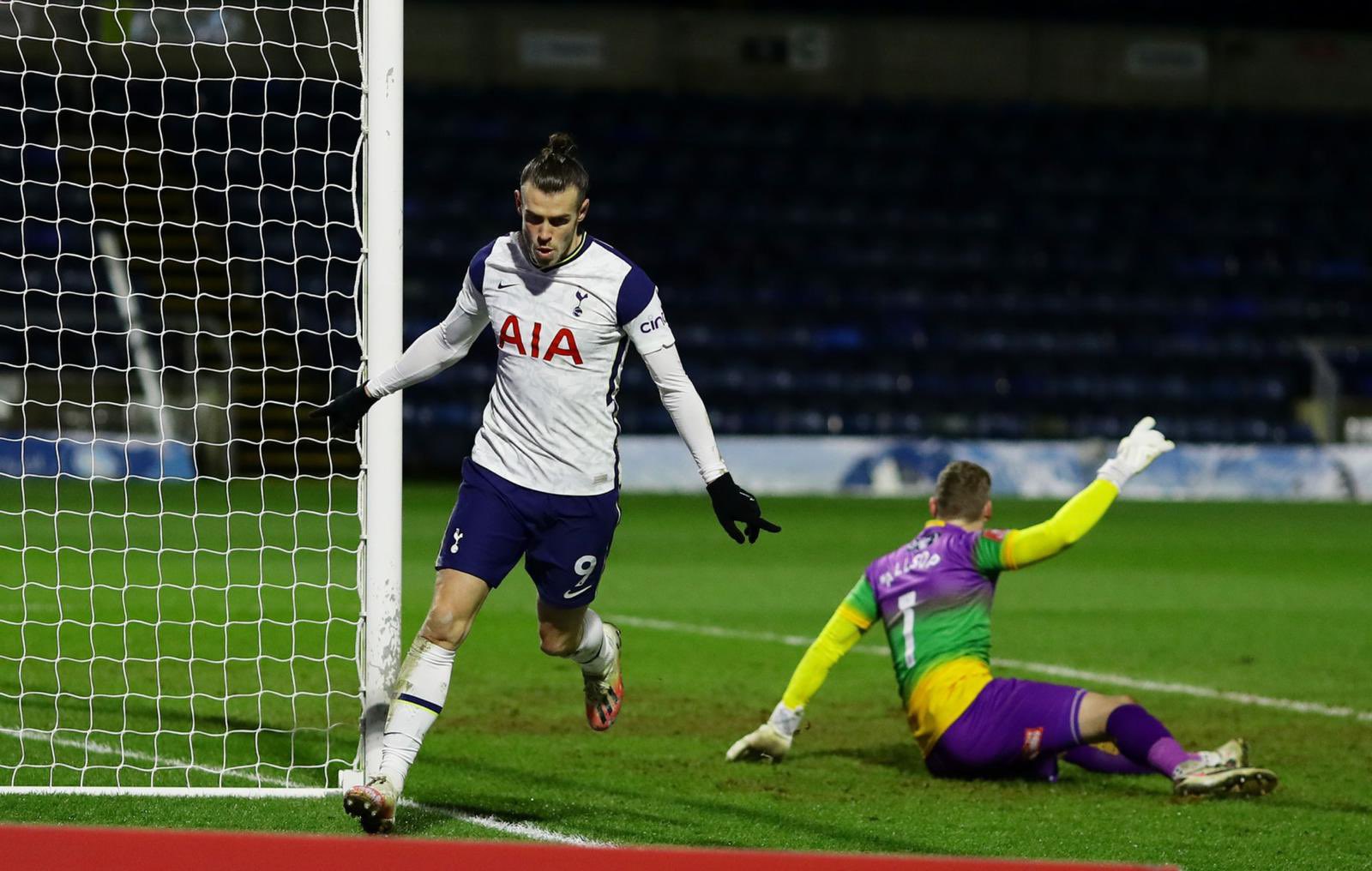 Gareth Bale has insisted he has been ignoring his critics and was happy at Tottenham all season after returning to his devastating best.

A fully fit Gareth Bale could get in any team in the world, said Tottenham boss Jose Mourinho after his match-winning performance in the 4-0 win over Burnley – so is this the renaissance of the Wales forward?

The 31-year-old Welshman put in his most impressive display since joining on loan from Real Madrid by scoring two goals and notching an assist in Sunday’s 4-0 win over Burnley.

Bale’s resurgence has been a long time coming as the first five months of his Spurs homecoming were dogged by fitness issues and large amounts of time on the bench.

But during that difficult time Bale ignored the people who suggested he is past his best and has been enjoying his time at a club where he feels loved.

“It was good, I have been building up a little bit to get fully fit – felt comfortable and my form is coming back, it’s nice to help the team, Bale said.

“It’s understandable; it’s been a while so I just continue to work hard. I know you get criticism but I am experienced enough to keep my head down, not say anything stupid and keep plugging away.

“I’ve been happy all season. In the dressing room I feel comfortable and I’m having fun. I’m happy and I’m sure it’s showing on the pitch.

“The most important thing is we knew we’ve not been on a great run and it was important to get back to winning ways.

“It’s not just about scoring. It’s about our all-round play and helping the team. I’m delighted with the goals and the assist and whatever I can do for the team.

Just weeks ago the 31-year-old’s season-long loan, which was meant to be a romantic homecoming after a couple of years out of the Real Madrid team, was seemed to be petering out.

He had started just two Premier League matches, and three of his four goals had come in cup games.

On 17 February Bale’s own agent said he was not playing regularly because “he’s towards the end of his career”.

In the 11 days since then Bale has played four games, scoring four goals and setting up another three – including two goals and an assist in Sunday’s resounding victory.

The start of his second spell at Spurs started with a knee problem and it has taken months for him to get going, leading to reports of a fallout with Mourinho. 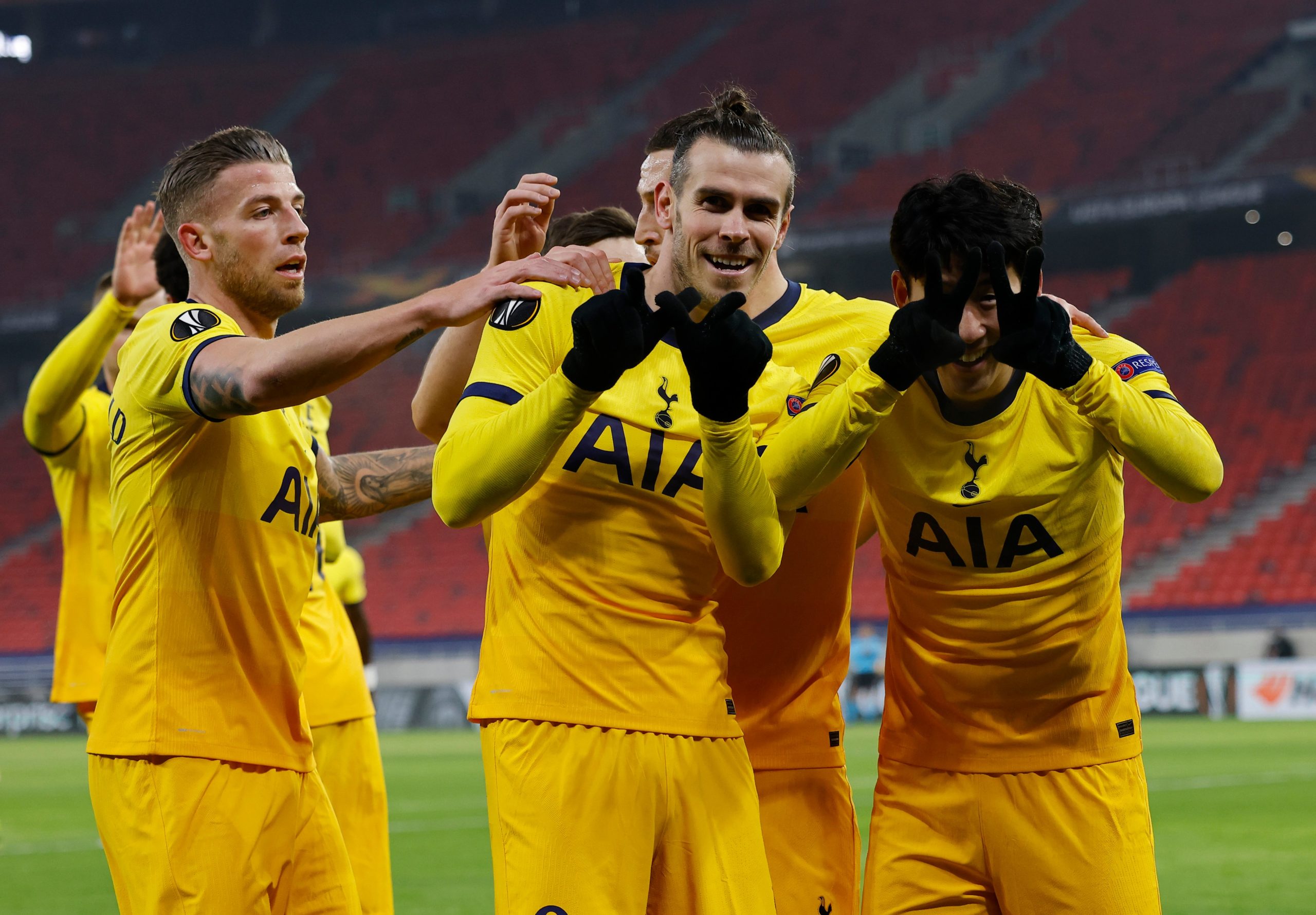 “Sometimes people write things, and sometimes, some of you like to imagine stories, you need to write stories and sometimes you like to say things that are not really true, but there is not one single manager in the world that doesn’t play Gareth Bale if Gareth Bale is in very good condition,” said Mourinho after the win over the Clarets.

“Now he is better than ever. It’s not just about the two goals he scored, it’s fundamentally about his physical performance. Now he’s not flat.”

Bale told BBC Sport after the game: “I’ve been happy all season. In the dressing room I feel comfortable and I’m having fun. I’m happy and I’m sure it’s showing on the pitch.”

HOW GOOD HAS HE BEEN?

Bale has had a hand in seven Spurs goals in his past four games, more than doubling his tally for the season.

Mourinho told BBC Radio 5 Live: “It’s the best Bale that we have had during this season, more confidence, better condition, no bad feelings with injuries.

“I’m happy for Gareth because he is a Spurs boy and it means a lot for him to bring happiness to the fans.”

In the Burnley thrashing Gareth Bale was substituted after 70 minutes but says he had no issue with being taken off.

He said: “I wasn’t upset to be substituted. There are a lot of games to come. It’s important to keep building minutes each game.”

Bale also set up a goal for Harry Kane. On playing with Kane and Heung-min Son, he said: “Playing with them is why I came here and what I wanted to do – it’s great to be on the pitch and feeling good, hopefully we can kick on from this and get some confidence.

“We know football isn’t fair sometimes and people will criticise but all we can do inside is keep going, and we showed that today.”