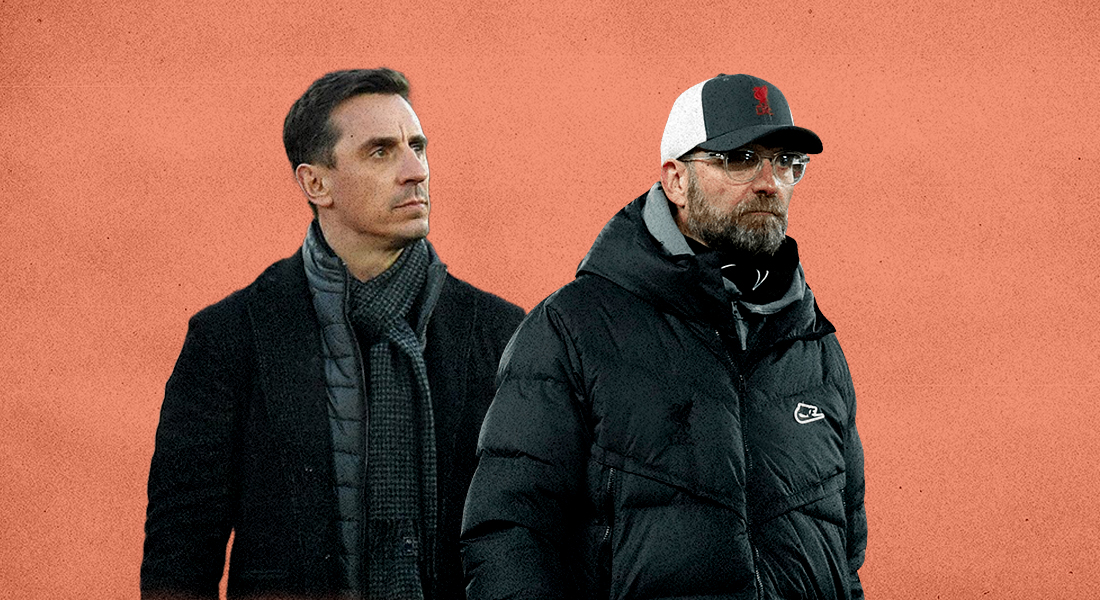 The announcement of the European Super League has sent shockwaves all around the world. And since its declaration, the league has only earned resistance, retaliation, and resentment from fans, football pundits, ex and current football players alike.

GARY NEVILLE AND HIS CRITICISM

One person who has been very vocal about his viewpoints is ex-Manchester United defender Gary Neville. The eight-time premier league champion hasn’t backed down to express his agony against the formation of the competition. The man who was at the heart of Sir Alex Ferguson’s prosperous and strong Manchester United team has deemed the league to be inaugurated out of ‘pure greed.’

Speaks for almost every single football fan in the world right now. ✊

The Red Devils are second on the league table behind their cross-city rivals Manchester City. And after United wrapped up a win against Burnley at Old Trafford, Neville came up with another remark to bombard the project. He suggested on Sky Sports that the English title should be presented to The Clarets after the covetousness shown by the ‘Big Six.’ The proposed league might shake up the way European Football is played and he believes that all the six teams who have partaken in this ‘Money League’ should be docked points.

Liverpool went to Elland Road on Monday night to face Leeds United and the match ended in a stalemate. The current Premier League Champions were held by the current Championship winners at 1-1.

AFTERMATH OF ‘LEEDS VS GREEDS’

After the points were shared, Jurgen Klopp took a dig at the former United defender. The Reds Boss implied that Sky Sports Pundit had pursued cash during his tenure as a footballer and a commentator. The German coach told Sky Sports that Neville’s babbles on the slogan of Liverpool “You’ll Never Walk Alone” and at least that should be prohibited. He stated, “We have a lot of rights to sing that anthem; that is our anthem, not his anthem, he doesn’t understand this anyway.”

Neville had expressed that he was disappointed by The Reds and the Red Devils the most. He quoted “Liverpool say they’re the people’s club, ‘You’ll Never Walk Alone, the fan’s club.” He also took the liberty to fire shots at his ex-club. “Manchester United, 100 years, born from workers around here, and they’re breaking into a league without competition, that they can’t be relegated from?”

Liverpool’s Champions League winning manager stated that Neville should be in the spotlight at all times, not just where the wealth becomes visible; he felt that Neville was a part of The Red Devils a club with deep pockets, and then Sky Sports another company with a bottomless purse. Klopp also said that all of them were in the same boat. The Reds Boss had received the evidence at the same time and his main focus was to motivate his players to continue playing the beloved sport.

"I have no issues with the Champions League, I like the competitive factor of football.

"I like that West Ham have the chance to play Champions League football next season."

Great words from Klopp. Tough to be the first manager interviewed about the scenario. pic.twitter.com/MugQu03Cr1

Neville took to Twitter before the Reds took on the Peacocks and posted a quote that read “Leeds vs Greeds’’ as he blasted at the team from Anfield.

After being allowed to respond immediately Neville believed that the two were indeed on the same side of the pond – while claiming that he can’t understand “why he was living in his head.” However, the retired England defender claimed that Fenway Sports Group had tossed the German manager and the reigning champions under the bus. “What makes you think it isn’t appropriate? I think, I’ve insulted Liverpool plenty over the decades,” Neville clarified.

Neville was shocked to say Klopp react the way he did. He stated that all his ardent complaints were regarding football and preserving the game. He also suggested that he was let down by the two clubs from Old Trafford and Anfield. He believed that he gave both the teams identical amounts of scrutiny in the last day or two.

“I had a 25-year career at Manchester United and an 11-year career at Sky” all of which he had earned through great labour. He believed he wasn’t presented with all these opportunities on a silver platter. He brought in Sir Alex Ferguson into the equation suggesting that the most successful manager of England didn’t ask him every season if he wanted to be part of the squad. He implied the fact that he had to train for every match, every clearance, every block, and every penny.

He also complemented Klopp in a way suggesting “The Jurgen Klopp that we know, he hates every little single thing about this – more than I do – because it goes against everything in his life that he has believed in and he has been let down. Gary believes that Klopp and his army have been left high and dry by the owners of the prestigious club.

Though Liverpool and Manchester United, have remained unified in their pursuit of excellence but separated by the ambition to be the most powerful it is still to be seen if this off-the-pitch rivalry will continue in the Premier League or the European Super League.