The Golden Boot Race Is Heating Up 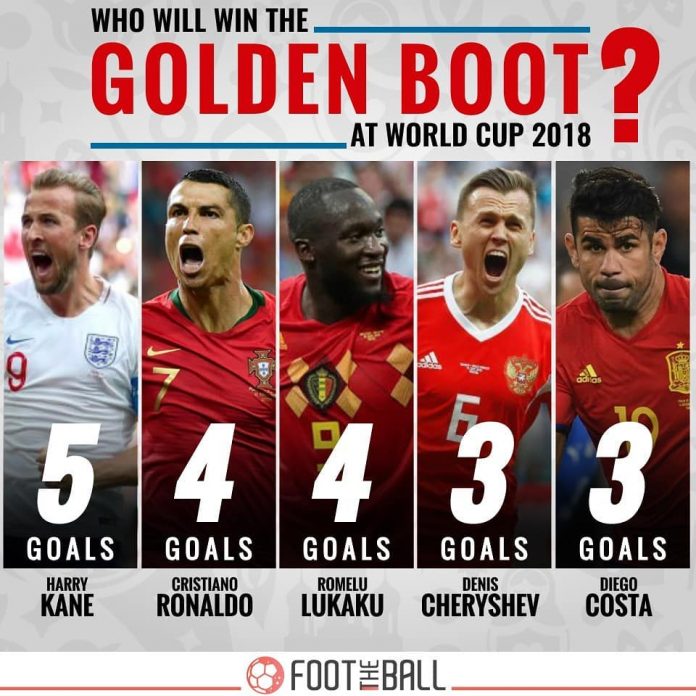 Golden Boot race has started with some steam; top players are getting in on the act in Russia as the world watches. Let’s look at the top dogs who have lighten up the biggest stage of them all.

With 5 goals in 2 matches, the Spurs man has started exactly like the England fans wanted him to. Kane scored both the goals in England’s win against Tunisia with one coming right at the end, in one match he went ahead of Wayne Rooney in terms of World Cup goals. In the second match Kane scored a hat-trick against Panama, two rocket penalties and one slightly lucky goal which got a touch from it on its way to goal. Three Lions have got themselves another huge Number 9 since Gary Lineker. Harry will not stop just yet by the looks of it.

The Portuguese megastar has started the tournament with an absolute bang. Scoring a hat-trick against La Roja in the opening game of Group B, he capped of his game with a fantastic free-kick and single-handedly dragging Portugal to equal up with Spain. The game against Morocco saw Ronaldo score again in the 4th minute, a bullet header which proved to be the only game of the game. He may have missed the penalty in the game versus Iran but CR7 looks hungry and with a stern test against Uruguay coming up he will need to emulate how he started to take home the Golden Boot.

The highest scorer in Belgium’s history has got his finishing touch on point. The Belgian forward line provides cakes on plate for him and he finishes them off convincingly. Lukaku has scored braces in both of his games and shown why Belgium should not be taken lightly. With England coming up next Roberto Martinez has suggested that he may rest him as he picked up a knock against Panama, the Belgian fans would hope that he does not lose his scoring touch in the business part of the tournament.

Costa is turning up at the right time for Spain as he scored twice against Portugal with the first one a typical Costa goal; he wiped off Pepe and scored between 2 defenders. The Atletico hitman has been to his usual scrappy self which helped Spain to get their only goal against a resilient Iranian side. Diego will have to keep feeding from the wonderful Spanish midfield to have a knock at the Golden Boot.

The Hosts of this year’s World Cup have given their fans much more then what they must have expected and between the unbelievable amazement of Russia Denis Cheryshev has come out to be one of their shining stars. The former Real Madrid man turned heads around when he scored twice in Russia’s first game and then scored again against Egypt. Cheryshev will look to keep his form going for Russia in the knockout stages.