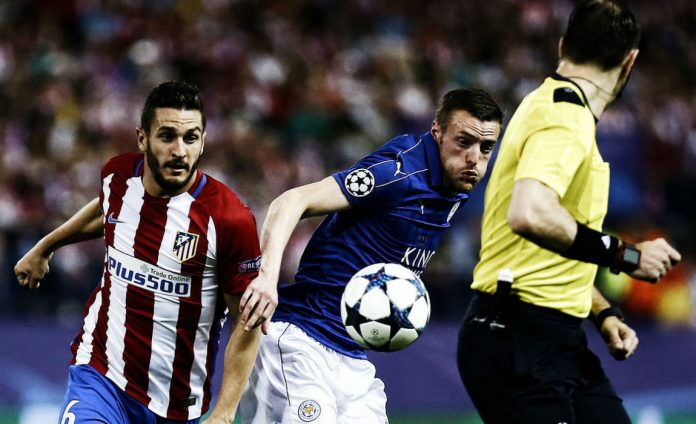 A first half penalty from Antoine Griezmann was enough to give Atletico Madrid a narrow advantage in the first leg of their Champions League quarter-final tie at home to Leicester City.

The win was well-deserved as Atletico dominated possession and had the majority of the game in the visitors’ half, but Leicester can rightly complain that the penalty should never have been given, as foul was clearly outside of the penalty area.

Koke rattled the post after just four minutes, while Yannick Carrasco also went close from the right of the Leicester area.

Atletico opened the scoring in controversial fashion in the 28th minute: Leicester had enjoyed a good spell of possession but was caught on the break by Antoine Griezmann, who ran almost the length of the pitch before being brought down by Mark Albrighton. 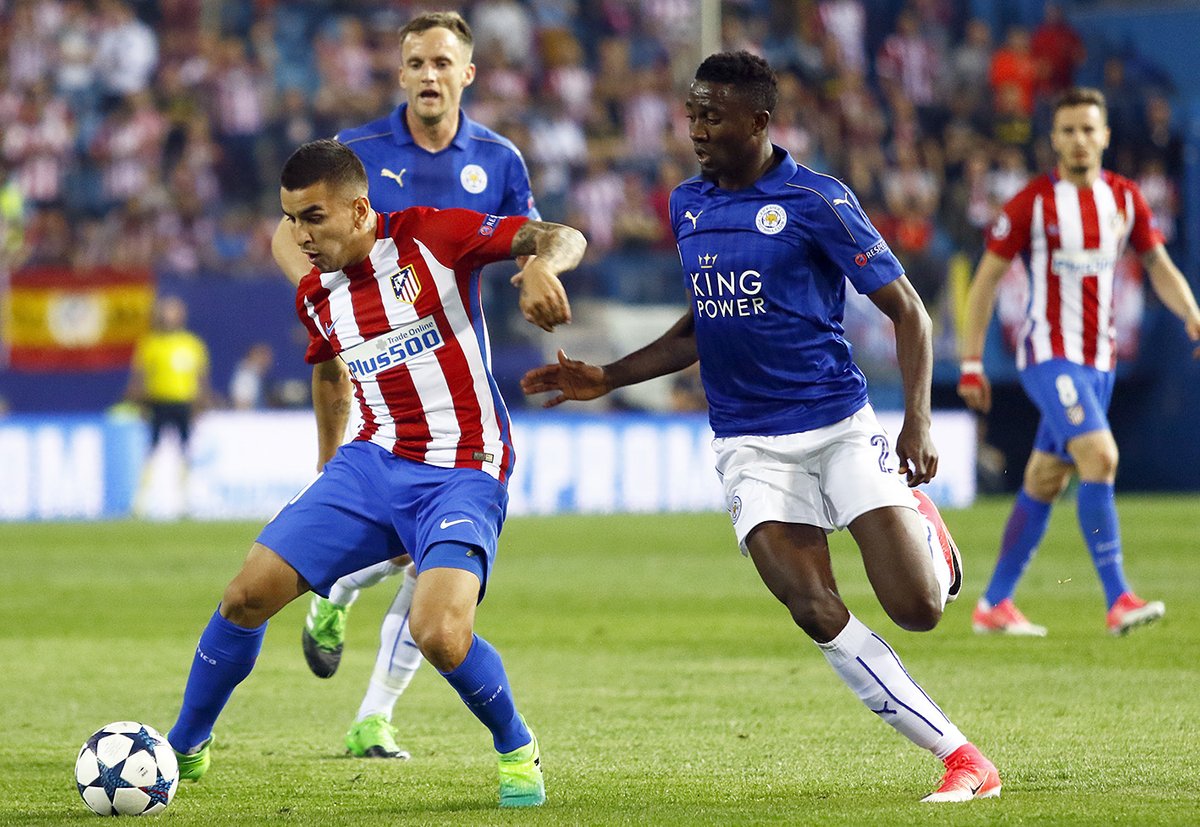 The referee pointed to the penalty spot and although TV replays showed the foul was at least a foot outside of the penalty area, Griezmann sent Kasper Schmeichel the wrong way from the spot to open the scoring.

Andy King replaced Okasaki at half-time for the visitors, perhaps a sign that they didn’t want the result to be any worse, but Atletico Madrid continued to enjoy the lion’s share of the ball against a Leicester side that looked as if they would be satisfied with a narrow defeat.

Fernando Torres fell over in comical style when presented with half a chance on the hour, but despite Atletico’s pressure, clear chances were few and far between, while Atletico keeper Jan Oblak didn’t have to make a single save in the entire game. 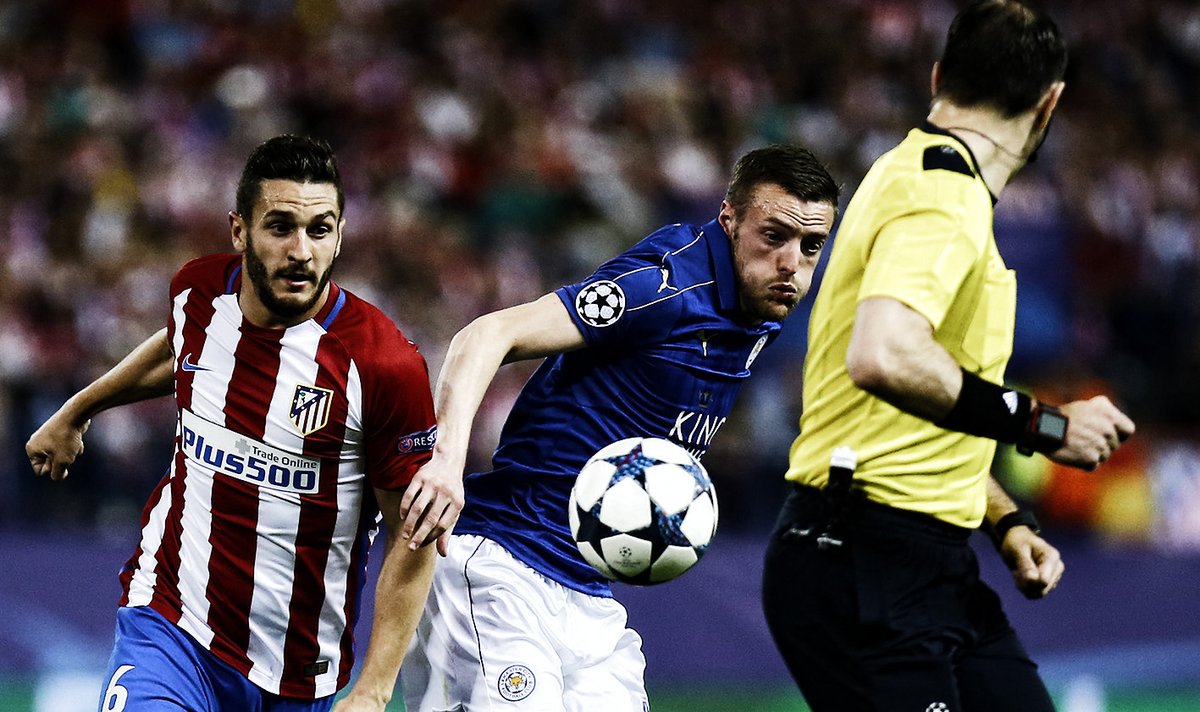 The tie is still in the balance, but with their counter-attacking strength, Atletico will be confidence of sealing their place in the last four next week in England.