Grumbles Over Governance Threaten To Disrupt Football’s Growth In Australia 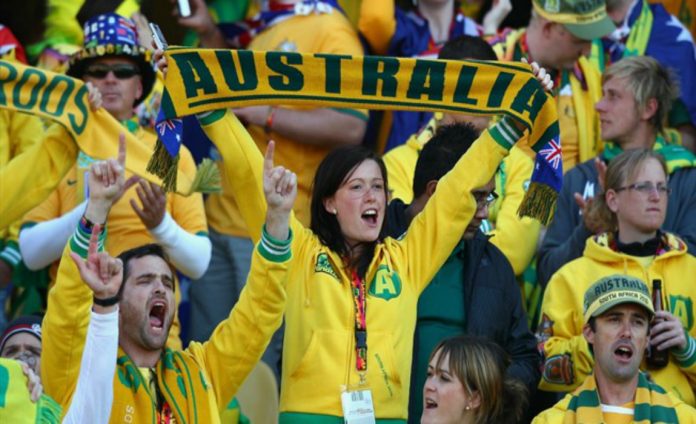 Football in Australia should be on a high. The Matildas achieved stunning success at the Tournament of Nations, the Socceroos are about to embark on the final stage of qualifying for their fourth World Cup in succession, and data show participation in the sport to be at an all-time high. Instead, football is in the midst of a crisis of governance.

The game’s governing body, Football Federation Australia (FFA), is beset by an array of challenges from the A-League clubs, the aspirant clubs in various state federations, the Professional Footballers’ Association (PFA), the Asian Football Confederation, and FIFA, the international football federation.

The FFA has brought some of the current problems on itself by its heavy-handed – some would say dictatorial – behaviour. However, it’s worth defending the principle that the national governing body, not the clubs and not the states, should run the game.

The battle is largely being waged over the composition of the FFA Congress.

At present, the Congress consists of ten members: nine representing the state federations and one for the A-League. There is general agreement that this model needs to be replaced by a larger, more representative one.

FFA’s argument to FIFA is that all the other groups in the game – referees, players, women, coaches, clubs, futsal – have virtual representation through their state federations.

FIFA says these special interest groups should have direct representation in the Congress. FFA counters that some of these groups have not yet established governing national bodies to represent them independently, and therefore have not reached the point at which they can be considered for separate membership.

The A-League clubs, which are privately owned commercial organisations in possession of an FFA licence for a place in the league, have formed the Association of Professional Football Clubs to advance their case for greater representation. Their preferred model is to expand Congress to 17 members, with nine positions for the state federations, six for the A-League clubs, and two for the PFA (one for the men and one for the women).

Meantwhile, the aspirational clubs currently playing in the second tier – the various state-based National Premier Leagues – have banded together to from the Association of Australian Football Clubs. Their aim is for separate representation in an expanded Congress.

Meantime, the state federations have been considering their preferred model. New South Wales and Victoria have agreed on a nine-five-one structure, with five places for the A-League clubs and one for the PFA. The FFA’s proposal, which has the support of all the other states, is for a nine-three-one model.

In 1962, the principle of club control was enshrined in the governance of the Australian Soccer Federation, just when its focus began to shift from local to national and international levels.

The result was that the tail wagged the dog at a critical period in football’s history. This should not be allowed to happen again. The self-interest of the clubs needs to be curbed for the good of the game.

In 2003, the Howard government stepped in to insist that any government investment in football depended on a root-and-branch reform of Soccer Australia (the FFA’s immediate predecessor).

All three reports from that time on the game’s future – David Crawford’s, the Professional Footballers’ Association’s, and the one chaired by Andrew Kemenyi (specifically on the organisation of a national league) – came down in favour of a structural separation between the league and Soccer Australia.

But Frank Lowy, the only man who had the experience of running the National Soccer League and who had stood unsuccessfully for the presidency of the Australian Soccer Federation, would not have a bar of that.

He insisted on a unitary model, with what became the FFA having effective control of the A-League. The interests of the two bodies were bound to diverge at times, so he wanted to ensure that those of the FFA were paramount.

While Lowy senior started with the moral authority to carry the game with him, his disastrous attempt to win hosting rights to the World Cup undermined that. His son Steven, who succeeded him as FFA chairman, has found it hard to gain parity of esteem. His strongly-worded media release restating the FFA’s case was a somewhat belated attempt to regain the initiative ahead of the FIFA delegation’s visit.

Should we copy Europe?

In other countries, the top leagues are often entirely separate bodies.

The English Premier League may be the world’s most-watched and most competitive league, but its effect on the game in England has been problematic. For example:

The English national team suffers from only a tiny minority of the players in the Premier League being eligible to play for it.

Some of the top clubs have fielded teams without a single English player in their ranks.

Clubs outside the top tier have seen attendances stagnate or dwindle, while their share of TV and sponsorship revenues are a small fraction of those in the Premier League.

Clubs relegated from that league receive a “parachute payment” to enable them to renegotiate contracts and attract new players, and thus there is not a level playing field in the Championship (the league below the Premier League).

In most countries where leagues or clubs dominate, there tends to be a duopoly at the top that skews the whole structure of the national game. This is reinforced by the inflow of private foreign money into the game from the Middle East and parts of Asia – including China.

Real Madrid and Barcelona have dominated Spanish football for generations, and a political division reinforces their rivalry. In Germany, Bayern Munich and Borussia Dortmund have had similar success even though they are touted as membership clubs rather than the offshoots of commercial concerns.

In Australia, by contrast, in the 12 years of the A-League, six of the ten participant clubs have won the championship. It’s not clear that a structural separation of the A-League and FFA would be the better for the game in this country.