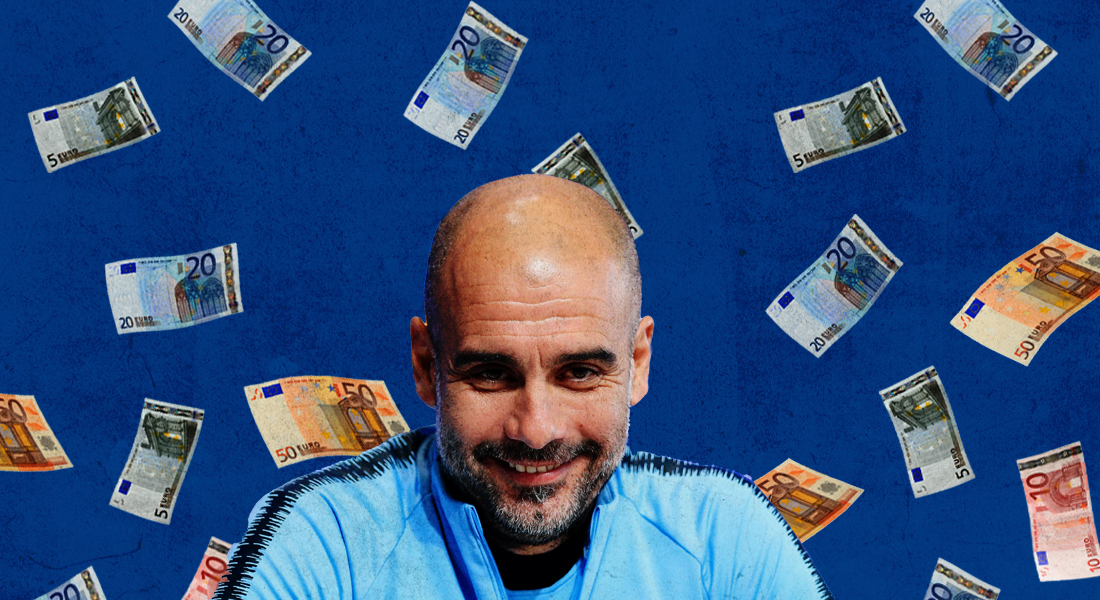 On Monday, Manchester City’s all-time highest goalscorer in their history announced that he will draw the curtains of his ten years spell at the club this summer. Sergio Aguero’s contract runs out at the end of the season and the scintillating striker has decided not to renew it further.

It was emotional for City fans and the football world as a whole to take this news. When Aguero joined the blue half of Manchester in 2011, nobody assumed he will score 250 plus goals yet he became one of Premier League’s best.

With his departure all but confirmed, a new challenge has sprung up for someone to come in to take his sacred place. Manager Guardiola has made a plan to bring in a new striker for some time now even before talks of Aguero’s possible departure circulated. That also meant the Spaniard had plans to replace Aguero unbothered by his next decision on his career.

The finality over the Argentine’s future now does leave City clear to pursue replacements. And looking forward to someone to emulate his impact will cost a lot of money in the market. However, when you’re Manchester City it is not surprising to make a stunning deal from nowhere.  According to the multiple reports, the current table-toppers under Guardiola are planning for major spending in a deal revolving around £200m. They have made their task a lot easier by shortlisting exquisite talents that have a knack for scoring goals, a lot of goals.

GUARDIOLA TO CHASE AFTER ERLING HAALAND

By so, there is a talk of bringing in the Norwegian goal machine from Borussia Dortmund. Yes, we are speaking about Erling Braut Haaland. Having scored 51 goals in 52 appearances for the German outfit, Haaland has already placed himself as the player to shape a generation. The tall strong explosive striker is incredible at pace and precision in front of the goal. He is a versatile and agile finisher. Most importantly, a quick-thinking intelligent forward to someone dare to leave in space.

Not a great result. We will use this as motivation to be back stronger! Thanks to all the @BVB fans for your continued support. We’ll be back soon! 💪🏻 pic.twitter.com/9yFdBHVnIO

Such an attacking asset seems to be the ideal candidate to replace Kun Aguero.  Haaland’s Dortmund contract does not expire until 2024, although it is thought to contain a release clause of 75m euros (£64m) that can be activated next summer. It shoves Barcelona and Real Madrid out of the race at least this transaction window, leaving City to break the bank and fulfill their desire. Although, pricing him away from the club will be a difficult task to undertake.

A few days back, Borussia Dortmund set a price of £180 million if reports from ESPN are to be believed. It further confirms Manchester City’s uphill struggle to get their man. Also, City led by Guardiola have never undertaken such a deal before. It is to be noted that Haaland is reportedly demanding a mind-boggling wage bill of £600,000 a week, a significant increase of his present salary cap of £141,000 a week.

Along with Haaland, the four-time Premier League champions are keeping tabs on Aston Villa’s talisman Jack Grealish. Linked with arch-rivals Manchester United last summer, Grealish has proven himself more than capable of playing in a big Premier League side. With all due respect to the Villains, the team has faltered without him even though Dean Smith’s men carry one of the most interesting squads this season.

Back out on the green 😍⚽️ pic.twitter.com/NE26FZJt8x

Interest in Grealish is understandable for Manchester City, Pep Guardiola with his tactical geniuses proved that his team can thrive playing without a proper number 9 week in and week out. A certain Phil Foden has reprised that role with either Kevin De Bruyne or Raheem Sterling sharing the position and dictating play. Not having Aguero due to injury issues and Gabriel Jesus not clicking the required gears forced the Spaniard to take prominent steps. By so, they are leading the league with the clear possibility of landing yet another title.

So Grealish’s introduction in the Etihad may put off any number 9 talks completely. He has a £70 million price tag for him. Manchester United seems to call off the race but it is a fair transfer fee for their noisy neighbours.

The Villa captain’s insane dribbling qualities joined by goal creating prowess makes him an ideal suit. Either way Manchester City have to be patient with their decision and need to make the best of another lucrative transfer market.

Winning silverware is a further boost to land these sensations and City have a chance to win the quadruple so no case of fidgeting there.