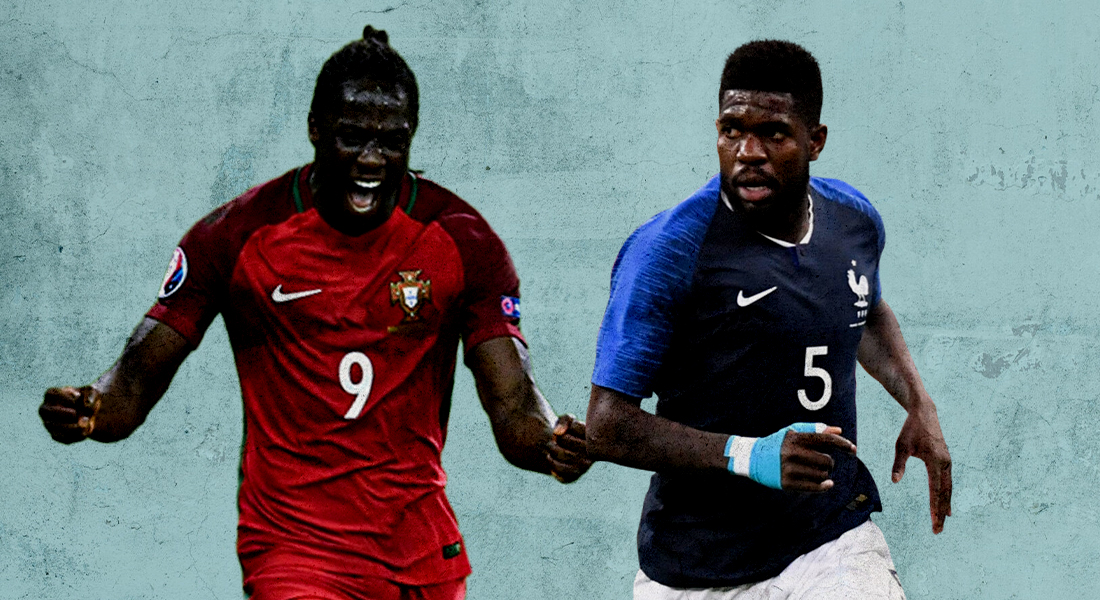 Five years ago France hosted the European Championships for the third time, becoming the only nation in the process to host the continental competition three times. A plethora of footballing talent was on display as the heavyweights of Europe clashed to determine who would be crowned the ‘Kings of Europe’, with eventually dark horses Portugal winning the title decider in the Stade de France against the hosts to lift its first-ever title in international football. FootTheBall takes a look at some of the standout performers at Euro 2016 who delighted spectators by displaying their pedigree, prowess and ability at the international stage

The French midfielder was instrumental in France’s run to the final on home soil with the former West Ham player setting up one goal, scoring another, creating eight goalscoring chances and whipping in more than a dozen crosses in the hosts’ opening tie against Romania. He continued in the same vein of form during the entire tournament, scoring against Albania and Iceland in the subsequent games and registering an assist against the Vikings to merit inclusion in the UEFA Team of the Tournament as he helped his national side secure the silver medal at the Stade de France in Saint-Denis.

Nowadays, Payet is plying his trade in Ligue 1 playing for Olympique de Marseille and is their top-paid player. He guided the French club to the Europa League Final in 2018, a match in which he sustained an injury in the first half and was consequently substituted, only to lose to Spanish side Atletico Madrid. His injury meant that he wasn’t included by Didier Deschamps in France’s victorious World Cup squad in Russia

The Portugal centre back featured in the heart of defence for his national team at Euro 2016 and was pivotal in his side’s qualification to the knockout stages without winning even a single group stage clash. He helped in keeping three clean sheets across the entire length of the tournament – against Austria in the group stage and against Wales and France in the semi-final and final respectively.

For his performance against the hosts in the title decider, he was adjudged man of the match – an accolade he thoroughly deserved – and was inducted in the UEFA Team of the Tournament. Back in 2016, he formed a formidable partnership with Cristiano Ronaldo at both club level and in international tournaments (both played for Real Madrid at that time), but after featuring in the defence of Los Merengues’ defence in the Spanish capital for a decade, he had to eventually settle to play for Besiktas in Turkey and subsequently completed his transfer to Portuguese side, FC Porto, during the 2019 transfer window

The then 18-year-old midfielder was a rising star in the Portugal squad, coming off the bench and even got on the scoresheet against the Poles in the quarter-finals as Portugal went on to lift its first-ever international trophy at the Stade de France by overcoming the hosts France even though they were set back early on in the final due to Cristiano Ronaldo’s injury.

At that time, Sanches was playing for Bavarian giants Bayern Munich and was expected by many pundits to become a vital cog in the machine for both Bayern and Portugal in the coming years, but today the now 23-year-old is playing in Ligue 1 at LOSC Lille and was omitted from the Portugal squad for both the 2017 Confederations Cup and the 2018 World Cup squad

The player who scored past Hugo Lloris to guide a Portugal team that had lost Cristiano Ronaldo to injury in the final to continental glory is plying his trade at Russian club Lokomotiv Moscow nowadays. Eder is a player who is recognised by many as a compete forward with the thirst and hunger to score goals and is considered a goal poacher in the penalty box, but the 33-year-old’s career has faded into obscurity ever since the Euro 2016 tournament concluded in France.

The Bissau-born Portuguese forward scored an absolute screamer against France in extra time at the Stade de France as he released his shot from outside the penalty box that ended up in the net to hand Portugal its first ever international title in any competition. At that time it looked like he was destined for greater things, but the very next year he was dropped from the squad chosen by Fernando Santos for the 2017 Confederations Cup in Russia, and the same fate befell him a year later when he couldn’t make the final cut for the 2018 World Cup squad of the Portuguese national team

Samuel Umtiti was called up to the French squad for the Euro 2016 competition as a replacement for then FC Barcelona center-back Jeremy Mathieu, who withdrew from international duty due to a calf injury. He was an uncapped player for France heading into the tournament, but with solid and assured displays at the back for Deschamps’ side earned him a dream move to Catalan giants FC Barcelona in summer 2016 and it is safe to say that Umtiti captured the imagination of an entire nation over the course of the tournament as he cemented his place in the French defence.

He didn’t feature for Les Bleus in the group stage at all and in the Round of 16 clash against Ireland but was called up by Deschamps for the quarter-final against Iceland, and after that, there was no stopping him. The Cameroon-born defender even managed to keep a clean sheet against then World Cup champions Germany in the semi-finals. Even though he won the 2018 World Cup with the French squad, nowadays he has largely been relegated to appearances coming off the bench for the Blaugrana, and even those are very few and far in between as fellow compatriot Clement Lenglet has become a mainstay in the Catalans’ defence