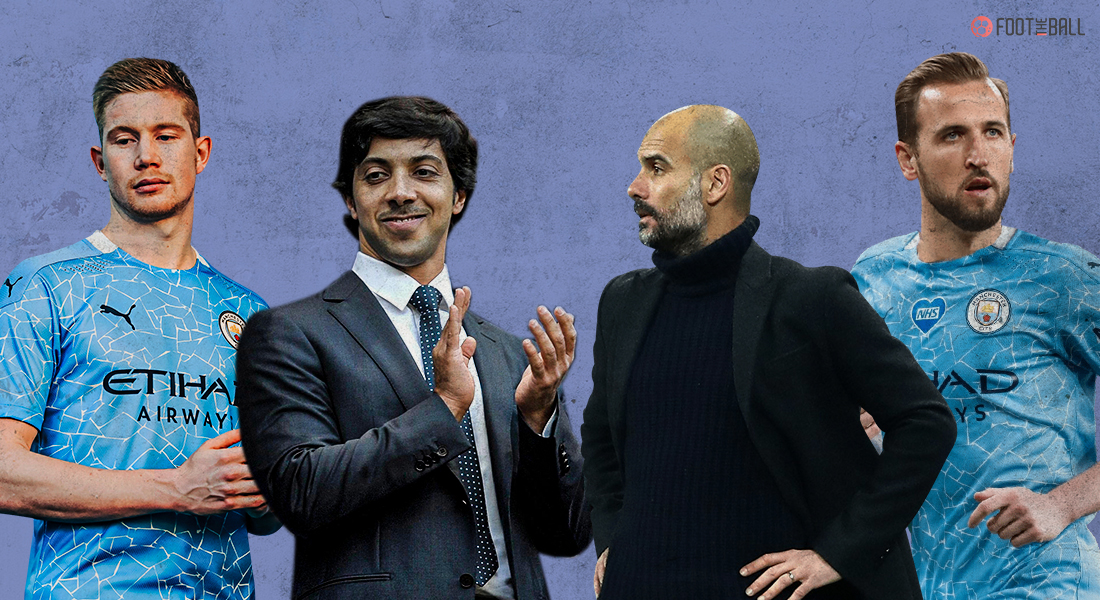 With the 2020-21 footballing season coming to a close around Europe, the most awaited time of the off-season will soon be upon us. The transfer market every year throws up a few astounding surprises and this year promises to be no different.

Will Lionel Messi actually leave Barcelona? Will Cristiano Ronaldo leave Juventus? Can Tottenham actually afford to sell Harry Kane? These are all the questions that will be answered shortly, especially the last one.

The transfer speculation regarding Kane has been going on for some years. This time though, there might actually be a final outcome to it. Kane has once again gone public with his frustrations regarding not being able to win trophies with Spurs. That has been a recurring theme for both parties.

🏆 Kieran Trippier becomes the 10th player to win a major trophy in one of Europe's big five leagues since Spurs last lifted a trophy in 2008.

Tottenham’s total ineptitude at winning any competition coupled with Kane overarching desire to win just that is one of football’s biggest headscratchers. He has been a loyal servant for the club for years and has firmly established himself as one of the top strikers of all time. Finally, it seems like his time might be coming at winning “team trophies.”

As expected, a lot of clubs have been monitoring this situation, especially with reports emerging that Kane has asked to leave the club this summer. One of the front runners for his signature has been Manchester City and Pep Guardiola. The Cityzens are looking for a striker to replace the departing Sergio Aguero so this deal makes a lot of sense. For others, their worst nightmares.

Kane joining Manchester City will be bad news for the whole Premier League. Not only will the best team in the land be getting the most elite marksman of the country, but they are also loaded on all other bases. Their coach is Pep Guardiola, one of the top innovators the game has ever seen. His partnership with Kane will have defences running scared.

This weekend, Harry Kane could become the third person in Premier League history to finish with the most goals and the most assists in a single season 🤯 pic.twitter.com/BR2pqxSBCl

The 27-year-old is the 7th highest scorer in the Premier League era. He has three Golden Boots including one at the 2018 World Cup and looks set for a third this season. Not to mention he is also the top on assists charts this season. This man will be joining Guardiola’s team, who have just romped to the title, and have just about the most elite players in every position.

The winner of the FWA Footballer of the Year – @rubendias! 🇵🇹💙

Ederson has the most clean sheets, Ruben Dias is Football Writers’ Association Player of the Year in his debut season. The first defender to achieve this accolade, whose performances have been imperious this season. Joining Kane in the goal-scoring department will be elite wide men- Riyad Mahrez, Bernardo Silva, Ferran Torres, Raheem Sterling- along with one playmaker who Kane described as being “a striker’s dream.”

Kevin De Bruyne has been the heartbeat of this side. The Belgian is one of the best when it comes to creating chances and swinging in crosses for the likes of Kane in the box. He trails the Englishman himself in assists this season and has a passing accuracy of 82%. Furthermore, he was also instrumental in the club reaching its first Champions League final. No wonder Kane wants to link up with the Belgian maestro.

76 & 141 – Since @DeBruyneKev joined Manchester City for the 2015/16 campaign, the Belgian (76) has assisted 24 more Premier League goals than any other player, whilst in the same timeframe, @HKane (141) has netted 30 more goals in the competition than anyone else. Desired? pic.twitter.com/sLV1IqozKv

It also has to be kept in mind that the club have been serial winners for the past decade. They have a staggering 13 trophies and are on the cusp of winning Europe’s premier competition as well. This is certainly the kind of silverware that Harry Kane has been longing for for a while. Not to mention that there is a whole list of players who have gone on to win trophies after leaving the club.

As mentioned, Kane joining the blue half of Manchester will significantly strengthen an already superb team. However, it will also have a huge knock-on effect for the league as a whole. The competitive spirit for the title will all but disappear very soon.

City’s closest challengers this term- Manchester United- are 12 points behind entering the final matchday. Further back are the chasing pack of Chelsea, Liverpool, Leicester City. Tottenham and Arsenal, the traditional “big clubs” are 7th and 9th respectively. All of these teams are unlikely to stop a Manchester City domination of England if Kane does join.

5️⃣ things to have on your radar as we head into the 𝙁𝙄𝙉𝘼𝙇 Matchweek of the season 📡 pic.twitter.com/vxvaKrkzPc

The Red Devils have just extended Edinson Cavani’s contract. He’s a fine striker but is nowhere near the level of Kane anymore at 34-years-old. Even though Bruno Fernandes is setting records with his mind-blowing displays, it will be hard for them to win a title based on the Portuguese alone.

Chelsea’s trio of Hakim Ziyech, Timo Werner, and Kai Havertz have not worked out as much as they would have liked in their debut season. Though things can only get better with time, their unfamiliarity with the English conditions will be a hindrance in settling in quickly. Even with their affinity to spend big, there are hardly any strikers in the range of Kane available in the market this term.

Liverpool have the most competent attack of the challenging group, but they have suffered from inconsistent form. Though Mo Salah has had another 20+ goal season, Firmino has been underwhelming by a long shot. New signing Thiago has also not lived up to his Bundesliga hype yet while the rest of the midfield cannot match the output of Ilkay Gundogan (13 goals) together.

Leicester City are still reliant on Jamie Vardy while Kelechi Iheanacho has come good as a fine goal scoring threat this season. They look set to retain the same lineup for next season as well. Another sticking point will be Kane is most certainly out of the Foxes’ transfer budget.

Arsenal have had a woeful season. None of their frontmen have been good for long periods of time. Some changes are surely expected at the Gunners soon, and if they do enter a full rebuild mode, it will be years before they are challenging for the title again.

The main reason why Manchester City have emerged as the leader in signing Kane is wealth. The team’s backers- Sheikh Mansour and the Abu Dhabi fund he heads- will have no problems in splurging out for a player expected to go for beyond £150 million in transfer money.  That kind of money is hard to match even in a good year, while it is almost impossible after the continuing effects of the coronavirus pandemic.

United, Liverpool, Arsenal fans have all blamed their owners over the years for being stingy and not spending big on players. That rising discontent has only increased after the failure of the European Super League. Chelsea and Roman Abramovich are the most likely to compete with City but the Russian’s strained relationship with Spurs chairman Daniel Levy will not help matters. The fact that Kane has two more years left on his current contract as well further reduces the chance of his value going down.

A statistical analysis on the Glazers ownership of Manchester United compared to other clubs.

On money taken out, falling behind on the pitch and even commercial deals starting to drop.

Read in full in @FT https://t.co/irtvTdx6iW

The one silver lining will be if Kane does go to a club outside of England. However, the chances of that happening are not great as Kane has reiterated his desire to stay in the country for the near future. Suffice to say that if he does join Guardiola and co., the competitive nature of the Premier League will hit another huge stumbling block.