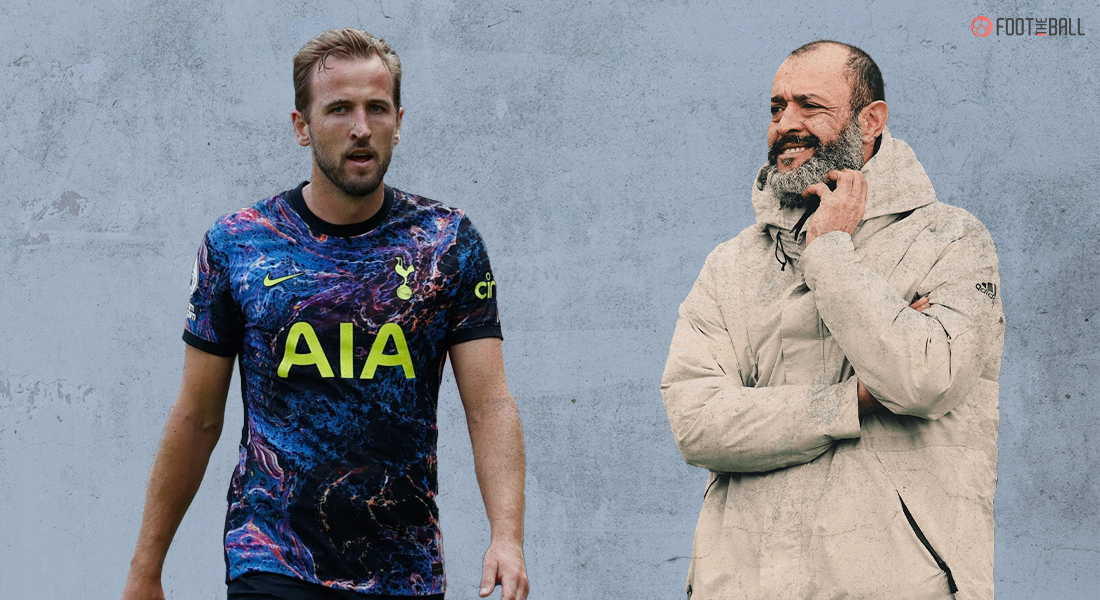 HARRY KANE SET TO STAY AT SPURS ENDING MONTHS OF RUMOURS, CITY TO LOOK AT RONALDO?

After months of intense speculation and all kinds of rumours flying in the air, Harry Kane has finally spoken out about his future. In a tweet sent out by the striker himself, the 28-year-old confirmed that he is staying with Spurs and “100% focused” on helping the team achieve its goals.

It was incredible to see the reception from the Spurs fans on Sunday and to read some of the messages of support I've had in the last few weeks. 👏⚽

It is an emphatic statement from the man himself which will be a huge boost for new boss Nuno Espirito Santo as well as the squad with the aim of bettering last season’s disappointment.

CITY RAN OUT OF PATIENCE?

The likeliest suitor for Kane was Manchester City who are very much interested in buying a new striker. They already had two official bids rejected by Spurs at €122m and €150m. With murmurs of City still fancying Kane but clearly needing a higher price, they were said to be preparing a new improved bid.

🚨 Daniel Levy is turning down every approach from Manchester City for Harry Kane. The last bid, worth €150m, was rejected. Kane is still hopeful he can move to City before the window shuts but respects Tottenham's position.

However, the impasse with Spurs chairman Daniel Levy who had steadfastly maintained Kane was not going anywhere meant that City were running out of time. That is when sensational news reports started coming out yesterday that Cristiano Ronaldo was angling for a move to the Etihad.

Kane has officially confirmed he is staying at Tottenham, which leaves #mcfc short of options. It still feels incredibly unlikely, but Cristiano Ronaldo remains on the table for them and hasn't yet been ruled out https://t.co/Nk1JBrx1dT

Once considered an unthinkable transfer, City are said to have no problems paying his wages. What they do not want is paying a substantial amount of transfer fee and with Ronaldo reported to be looking for a change of scenery, it makes sense.

He wanted to “look for potential new options”.

Mendes contacted Manchester City but Juve want €25m and #MCFC have NO intention to pay any fee. “Complicated”.

Juve are still convinced that Cristiano will stay. pic.twitter.com/zGTF5Bymtp

Is this the actual reason for City dropping their interest in Kane? Ronaldo might be a more easier transfer move than Kane, given he only has one year left on his current deal and has given no indication of renewing further with Juventus.

With Kane set to stay, it now presents a much clearer view of how Spurs can move ahead. After consecutive 1-0 wins to start the Premier League, they now have to overturn the first-leg deficit against Pacos de Ferreira for qualification to the UEFA Europa Conference League, a match where Kane was not involved.

Kane is NOT part of the Tottenham squad for their Europa Conference game this week #mcfc https://t.co/PCa6zsvhRo

Santo for his part had also long said that what matters is Kane training with the team and how he has not forced a transfer away. Though he missed rejoining the team for a few days, leading everyone to believe his end at Spurs was nigh, Kane himself posted soon after that people were commenting without knowing all the details on why he did it.

It now seems clear that he was always going to remain after the first negotiations with City fell through. Having come on as a substitute against Wolves last weekend, it is only a matter of time before he starts firing once again.