JAMES OUT OF COPA! 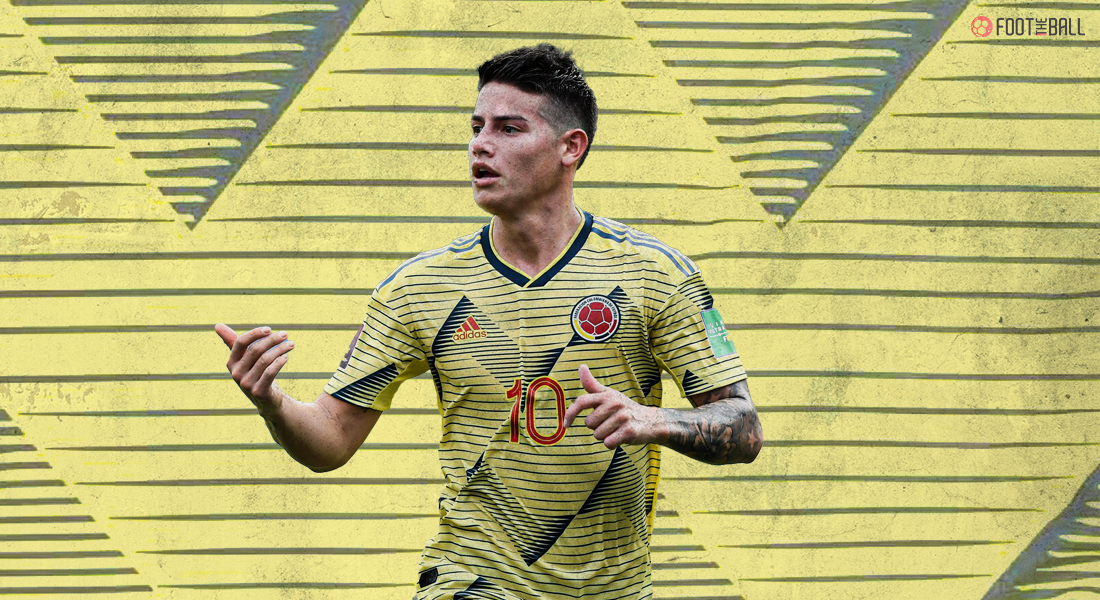 Colombian star James Rodriguez has been ruled out of Copa America 2021 after failing to recover from injury problems on time. Rodriguez confirmed the same on his twitter as well. This deals a huge blow for Colombia’s chances at the South American continental championships.

After starting brightly for Everton this season, James’ season has faded away due to multiple injuries. The Colombian has featured only once for the Toffees in May – in a 1-0 defeat to Sheffield United. He was allowed to go back to Colombia early in order to make a recovery but he has seemingly failed to do so.

“The coaching staff of the Colombia Senior Men’s National Team inform that the player James Rodriguez has been withdrawn from the qualifying games against Peru and Argentina for the FIFA World Cup Qatar 2022 and the CONMEBOL Copa America 2021. In recent days, the midfielder underwent medical examinations, which determined that he is not at the optimum level of fitness to compete, which is why he will not be able to join the group of players called up by [head coach] Reinaldo Rueda for the aforementioned matches and the South American tournament.”

Rodriguez has been doing gym work with the Colombian National Team staff and underwent several examinations and has been deemed not fit enough to play in the Copa America this summer. He will be leaving the squad according to the FA but James himself has expressed disappointment at the decision.

WHAT DOES JAMES’ STATEMENT SAY

Rodriguez expressed his disappointment at the FA’s decision and claimed that he has already made the recovery and was surprised by the decision to leave him out. James claimed that he has not been trusted sufficiently by the coaching staff despite always giving it his all for the Colombian jersey.

The Colombian set up has already been dealt a blow after being removed as co-hosts and now the decision to leave out their star player makes matters worse. Given that James claims to have recovered and ready to play, the decision is perplexing.

Rodriguez also wished his teammates the best of luck but it seems unlikely that this is the last we will hear of James and Colombia at Copa America 2021.