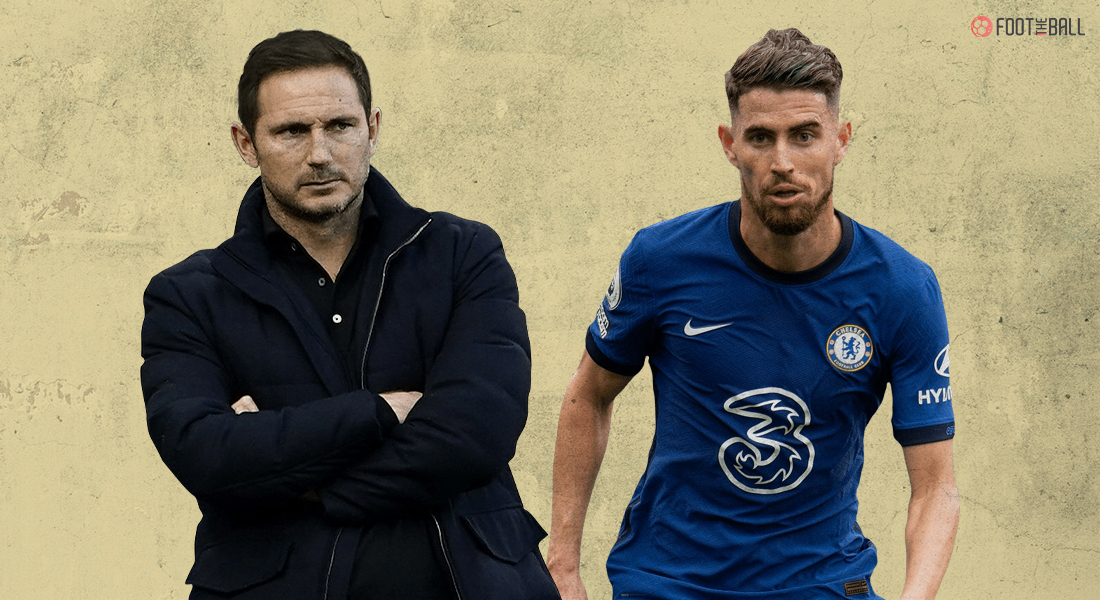 With the dust having barely settled on their Super League fiasco, Chelsea have another situation on their hands. Their midfielder Jorginho has said that he feels Frank Lampard, the ex-Blues boss and club legend  “skipped some steps” while becoming a manager and was only given charge due to his immensely successful playing career at the London club.

Speaking to ESPN Brasil’s Resenha, the 29-year-old reflected on Lampard’s time at the club, going onto state that “[Lampard] wasn’t ready for a job at this level.” The comments are sure to incite mixed reactions from the Chelsea fanbase who are not quite united among themselves in what to make of their former player’s 18 months in charge at the bride.

“I believe, given he was a legend at the club, he skipped some necessary steps for learning before moving to a big club. I think he came too soon, skipped a few steps and wasn’t ready for a job at this level.”

Jorginho’s statements must have felt like déjà vu to Lampard who had made comments along similar lines when Andre Villas-Boas was sacked by Roman Abramovich in 2014. Lampard, speaking to The Sun, had suggested that the Chelsea job might not have been best suited for the Portuguese as he was “too young.”

"AVB had played his cards and it hadn't worked. I don't know if he was too young or whether it had come too early for him.

Lampard came to the club amid much fanfare and even after losing Eden Hazard to Real Madrid, led the Blues to Champions League qualification and the final of the FA Cup in his first season. The final did not go the way he had hoped, losing to bitter rivals Arsenal which might have prompted spending over £200 million on the likes of Kai Havertz, Timo Werner and Hakim Ziyech among others.

But Lampard could not build on that, as the new players took time to settle and with Chelsea sitting ninth in the table at the end of January, he was replaced by ex-PSG boss Thomas Tuchel. Jorginho however did not emphasise on where exactly the Englishman went wrong.

Jorginho had found himself dropped by Lampard on many an occasion this season, and the comments could reflect an underlying tension between the two individuals. His form has not returned up to full speed yet but he has started to feature more consistently under Tuchel. He has also been trying to win over the supporters with his displays; with many not convinced that he’s starting material still.

Chelsea themselves have lost only once in the league and won 13 out of 20 in all competitions since the German’s appointment. They are set to take on London rival West Ham United in a crucial clash in the race for top-4 this Sunday before traveling to Madrid for the semi-finals of the Champions League next week.