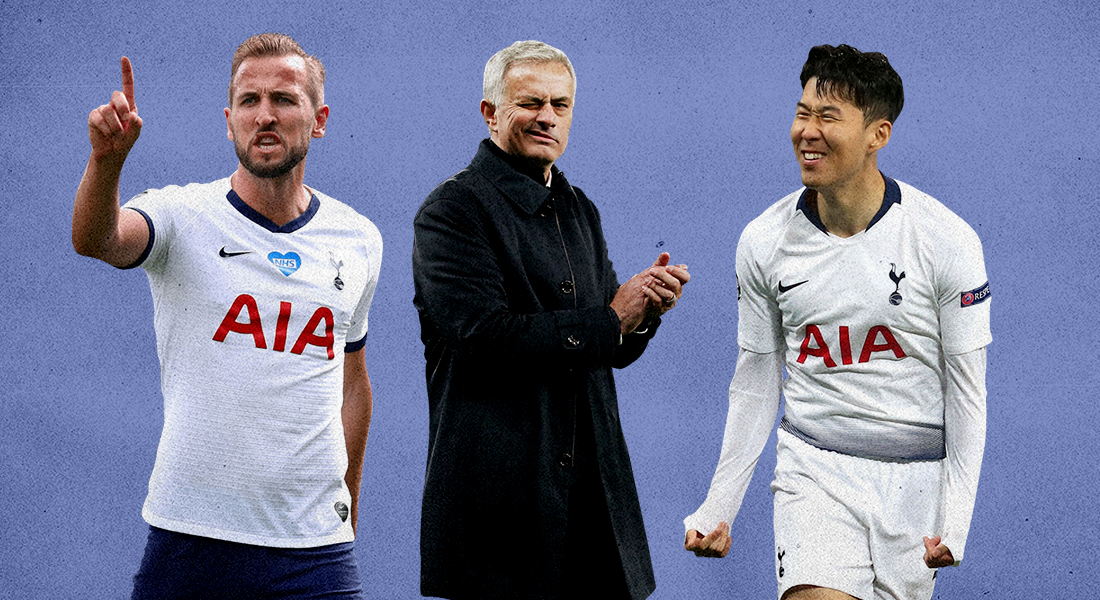 Tottenham Hotspur suffered a 3-1 defeat on Sunday evening to Manchester United, suffering another blow in their quest for Champions League football. The loss left Jose Mourinho and Spurs in seventh place, six points adrift of West Ham in fourth. Spurs can fall a place further down the table if Everton beat Brighton on Monday.

Spurs dropped points from a winning position again, making it 18 points for the season – a joint Premier League high. The team’s suspect mentality has put Jose Mourinho under pressure who has resorted to deflecting the blame from himself.

After his side’s draw against Newcastle last weekend, the Portuguese implied that his players were at fault for this weakness. “Same coach, different players,” he said when asked why his team could not hold on to one goal leads like his previous teams.

Mourinho also got into a spat with Manchester United manager Ole Gunnar Solskjaer over the Norwegian’s comments regarding Son Heung-Min’s theatrics. Solskjaer said “If my son stays down like this for three minutes and needs 10 minutes to help him up, he won’t get any food.”

The Spurs boss did not take kindly to this statement, replying “Sonny is very lucky that his father is a better person than Ole. Because I think as a father, I am a father, you always have to feed your kids no matter what they do.”

The pattern of public criticism of players and arguments with opposing managers is a familiar one that his former employers can attest to. These are tactics used by the Portuguese to deflect attention from the on-field performances and towards these irrelevant side plots.

It is undeniable that Tottenham have regressed under Jose Mourinho. The hopeful days of Mauricio Pochettino are a thing of the past. Their once young energetic team led by Harry Kane, Dele Alli, and Christian Eriksen has failed to deliver a trophy. Eriksen has left, Alli has been frozen out and likely to leave, and Kane is growing increasingly disillusioned.

🚨 Harry Kane is running out of patience at Tottenham and will push for a transfer this summer if they fail to qualify for #UCL. At this stage, #mufc and Man City can most likely to offer him that possibility, but getting out of Spurs will not be easy #mujournal

Spurs had a good start to the season and their inconsistencies are largely down to Mourinho’s shortcomings. Despite several instances showing that he does not have the personnel for it, Jose insists on sitting back when ahead. Inevitably a defensive error happens, and a scapegoat arises.

It is not like Tottenham do not have quality in their ranks. Their attack has good depth and in Kane and Son they have two of the best forwards in the league. The midfield is also filled with players that one would expect to suit Mourinho. Pierre Emile-Hojbjerg, Moussa Sissoko, Harry Winks and to an extent Tanguy Ndombele are all players that fit the role of a physical, defensively adept midfielder that the Portuguese prefers.

This is either evidence of Tottenham being undervalued (cause they don’t push for more goals with the lead) or lucky (because an early lead is their ideal game state) https://t.co/5DSB6RtQCm

Tottenham’s problems are almost entirely that of game state. They play slower, less attacking football when ahead and this decision cannot be solely that of the players. Mourinho has an obvious fix to the problem – continuing to play like they do when the game is tied. He refuses to see reason because it does not fit his ideology.

Despite his problems, Mourinho may become the most successful Spurs manager in a decade later this month if his team wins the Carabao Cup final against Manchester City. At a club of its stature, this should not be enough to guarantee his presence next season. However, for a club as starved of silverware as Tottenham it may just work out for Jose.

SPURS ARE IN THE CARABAO CUP FINAL 💫 pic.twitter.com/QsJDT5hsEM

Besides, there is also the matter of his compensation in the event of a sacking. He is a notoriously expensive guy to get rid of and Tottenham may not have the budget to do so after their signings and new stadium. Mourinho has done more than enough to get the sack but his job in North London is still up in the air. The ball is truly in Daniel Levy’s court now.