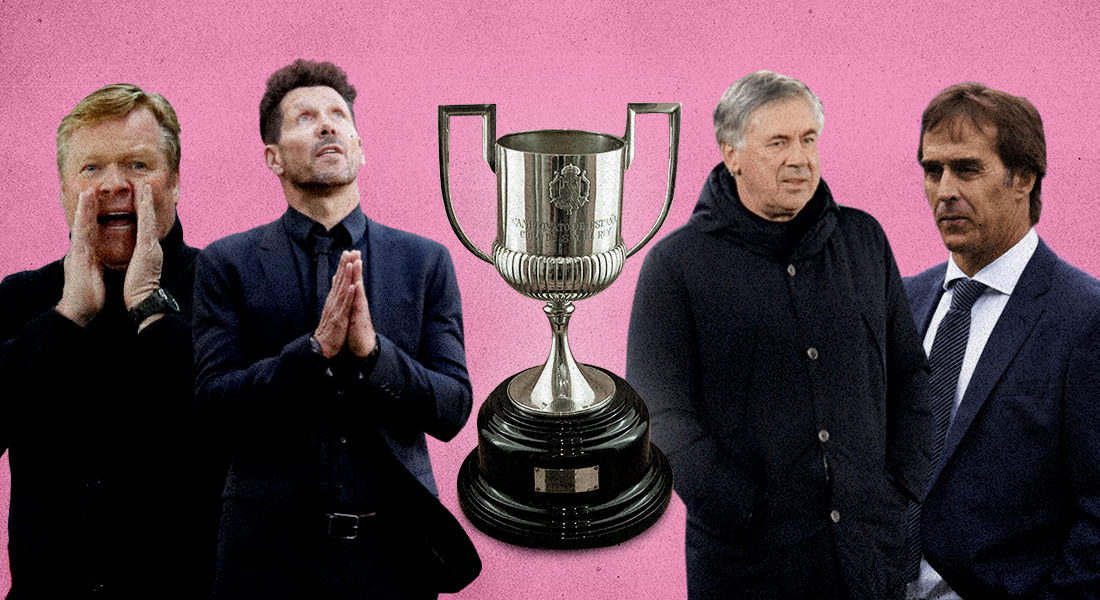 After a wait of almost three months, it is finally time for the new La Liga season to begin. The 2021-22 La Liga campaign has garnered worldwide attention due to the departure of a certain someone which threatens the very allure of the league. Nevertheless, matches need to be played and Valencia host Getafe in the curtain raiser.

The heavyweights are all in action on Sunday to get the ball rolling in what promises to be another enthralling year and a very different one from seasons of the past. Last term saw one of the tightest of finishes as Los Rojiblancos pipped their city rivals to the crown. The predictions are coming in thick and fast on what all can be witnessed.

Can Diego Simeone inspire Atletico Madrid to a successful title defence? Will Carlo Ancelotti’s return lead Los Blancos to the top? Where will Barcelona finish? Who could become the dark horses this time? FootTheBall brings you the season preview of a new era of the Spanish top-flight.

There are quite a few reasons to like Atletico’s chances of a two-peat. Firstly, they are the only team amongst the “big three” to strengthen their squad without any personnel loss. Rodrigo De Paul, who had an outstanding season with Udinese and Argentina at the Copa America, comes in to significantly upgrade their midfield.

19 – Rodrigo De Paul was the Argentine player with the most duels (19), the second with the most passes (37, three less than Messi) and the author of the assist for the goal in the #CopaAmericaFINAL . Consecration. pic.twitter.com/DpxFV8bLGg

Furthermore, Uruguayan defender Jose Maria Gimenez extended his contract till 2025 while Luis Suarez with 21 goals showed that he still has plenty left in the tank. Throw in the best goalkeeper in the league Jan Oblak, the ever increasing possibility that Saul stays coupled with exits of key players from their closest challengers and it makes sense why Los Rojiblancos will be in good spirits.

They only suffered four losses last year, including a supreme start which yielded a run of 24 undefeated matches from the opening 25. If they start in a similar fashion this time, it will certainly be enough to carry them to yet another La Liga title. Simeone has regularly been able to get the best out of his team when the going gets tough and nobody can deny the steel mentality that the two parties have forged together.

The fight for the Champions League spots will not see too much of an upheaval except for who finishes in which position. Ancelotti’s return has been met with much positivity around the club but two notable absentees in their back-line will be glaring. Captain and leader Sergio Ramos was almost pushed through the door upon the expiry of his contract while Raphael Varane has joined Manchester United.

The addition of David Alaba has provided little solace to the fans who are used to getting much bigger signings. Florentino Perez is smitten with Kylian Mbappe and it remains to be seen whether the Frenchman joins next year. Nevertheless, the scoring onus will once again be on Karim Benzema with the defence having to really come of age very soon.

🤩 @Benzema in front of goal, you know the rest… 💥 pic.twitter.com/B8ejyefv0q

Sevilla had a brilliant 2020-21, finishing fourth and just two points behind the Blaugrana. Julien Lopetgeui had brilliantly marshalled his troops against every opposition exemplified by a 2-2 draw against Real Madrid towards the end of the campaign. Only a penultimate loss to Villarreal stopped them from ending up 3rd, a shortfall they will be desperate to correct.

🗣️ @leonsfdo: 'We're going to give it our all to be successful. That is a promise.' 💪 ⚪ 🔴#WeAreSevilla #NeverSurrender

Youssef En-Nesyri had a career year with 18 goals and at just 24-years-old, has the potential to become a superstar. The addition of Erik Lamela will boost their creative talents and the 25 million earned from the Bryan Gil swap can be used wisely. They might pull off even a surprise or two if they can avoid last season’s fate of losing three of the opening six games.

Finally, coming to Barcelona and their chances without one of the game’s greatest ever players. Messi’s farewell was hard for the club and the league but the worst may not be over. President Joan Laporta is under severe pressure to reduce the wage bill and raise funds. Furthermore, their new signings are yet to be registered with La Liga, with the deadline set for the end of this month.

One of them, Sergio Aguero, is already out with injury till November while the expensive arrivals over the years have hardly made their mark. Ronald Koeman has his task cut out if they are to even make the top four which will not be easy at all given there will not be any additions to the squad. The constraint of financial woes is too great to provide an overhaul and this does look like the season the mighty will fall.

The Yellow Submarine had a rollercoaster of a season, swapping a Conference League berth with the Champions League virtue of their Europa League triumph. Unai Emery’s competition of choice was a true testament of how compact and well-structured this team is.

New signing Boulaye Dia showed glimpses of his intelligent gameplay during the narrow Super Cup defeat while Gerard Moreno will be raring to go after his 30 goal season. Pau Torres has been a standout performer over the summer for club and country. Villarreal know they have a good chance of upsetting the apple cart given the unique nature of competition this term.

Real Sociedad had a fantastic season, finishing in 5th and they will look to build on that momentum early on. They have a healthy mix of young blood and experienced campaigners including the likes of David Silva, Nacho Monreal and Asier Illaramendi. However, it will be the performances of their two young gems that will please the team.

Alexander Isak (17 goals, two assists) and Mikel Oyarzabal (11 goals, eight assists) performed superbly well for their respective national teams which will only add to their enhanced status. If they can keep a hold of them before the close of the transfer window, it will be nobody’s surprise if they end up in the top five again.

Elche starved off relegation by just two points last season and they will once again be in serious danger this term. Mallorca and Rayo Vallecano are two of the newly promoted teams who always remain under the cloud of a “straight back” into the second division. The former had a good pre-season winning five of the six games but are yet to add new players to their squad.

Vallecano have a few former top-level players including Mario Suarez and Oscar Trejo. All three of the teams will be in for a tough fight to stay, especially given how open ended the relegation race is likely to be.

Lionel Messi’s void will be sharply felt across the entirety of the season, whether it be during matches, sponsorship interests or the allure of the league itself. Indeed, in four years, La Liga has lost Neymar, Cristiano Ronaldo and now Messi which will do their marketability no good. The question inevitably turns to who remains as the true star of the league.

Karim Benzema has a strong shout to be given his fine goal scoring record and loyalty with Los Blancos. Marcelo, Luis Suarez and Jan Oblak can all lay stake to the claim as well but none of them can match the stature of Messi. Additionally, neither of Sky or BT Sport has bought the TV rights for the league in the UK, one of its biggest markets.

Very England-centric view of things but La Liga probably most at risk of being left behind right now in this country. Ligue 1 (Messi, Neymar, Mbappe), Serie A (Ronaldo) on BT Sport. Bundesliga on Sky Sports. La Liga on own platform, no Messi, no real 'stars'

There is little doubt that there will be a stark drop in the viewership given how this latest saga unfolded and with the grumblings against the CVC-La Liga deal set to intensify, it will be a season more focused on off-field issues.

The records of most goals, most assists, most chances created are just some of Messi’s long, long list of accomplishments held by the Argentine. It was really unfortunate the manner in which his exit came about. La Liga’s strict rules on Financial Fair Play coupled with Barcelona’s refusal of the big-money CVC deal conspired to force Messi out.

With Messi now out of La Liga, who will step up and be the goal leader this season? 🤔 pic.twitter.com/mYIZFtGR34

Even a 50% cut in his wages was not enough to keep him. What has been even starker is how the other clubs of the league knew of Messi’s importance to the game, with some club presidents even publicly stating their desire to help keep him. 21 years of service to the club and almost two decades of playing in La Liga amounted for little in what became the biggest news in Spain which will overshadow the new season for large parts.

ℹ FC Barcelona participated today in the Assembly of the Spanish Professional Football League (LFP) and voted against the agreement with CVC Central Partners.

All said and done, all of this does not mean that some interesting storylines cannot develop over the next year. Can Athletic Bilbao reach a THIRD consecutive Copa del Rey final? Will Valencia finally end their wretched run of poor finishes? How will the rift between Barcelona and the league evolve? These and more will all be keenly followed happenings by supporters as the “post-Messi” era kicks off.