Ronaldo Is Angry Again But This Time With Coach Zidane 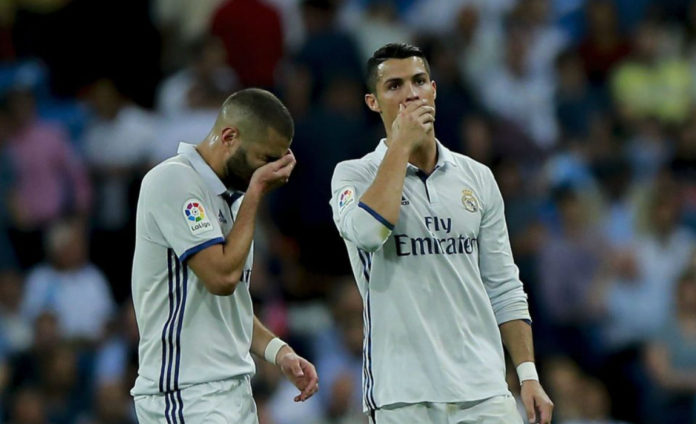 The top of the Spanish Liga Santander got a lot tighter following the sixth round of games over the weekend which saw Barcelona and Atletico Madrid win, while Real Madrid were held to a draw for the second time in four days. 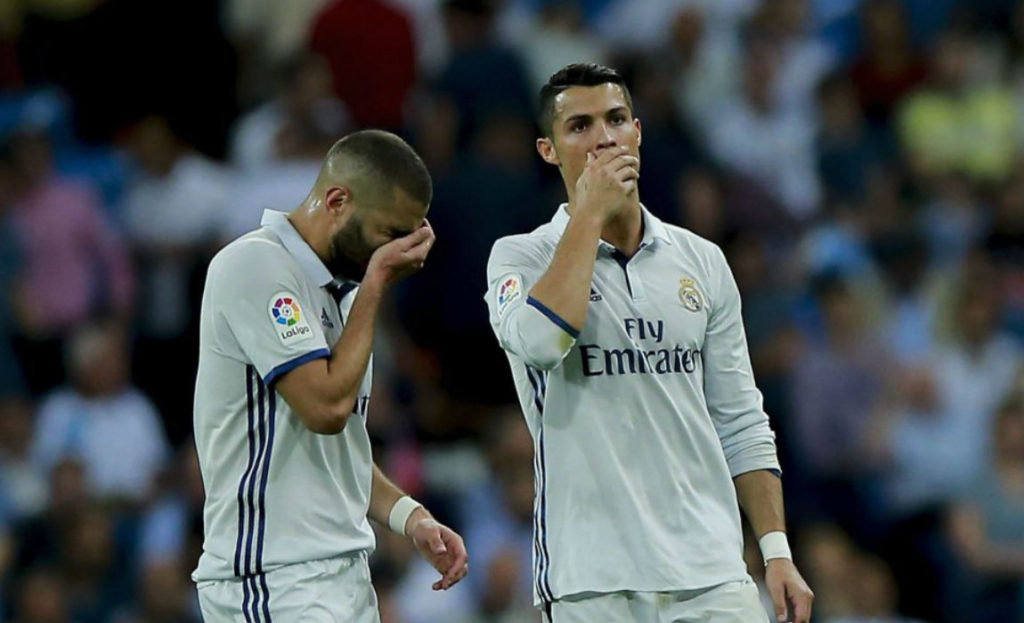 Real Madrid twice took the lead away to Las Palmas thanks to goals from Marcos Asensio and Karim Benzema, but their rivals fought back each time, with goals from Tana and Araujo coming six minutes from time.

The main talking point of the game was Cristiano Ronaldo’s clear annoyance at being substituted with 18 minutes remaining after another poor personal performance.

Zinedine Zidane explained that he wanted to conserve the striker ahead of Tuesday’s Champions League trip to face Borussia Dortmund, but Ronaldo’s performance was anything but impressive.

It was a case of ‘no Messi-no problem’ for Barca away to Sporting Gijon as the reigning champions produced a solid display to take a 5-0 win in which three goals came in the last 10 minutes.

Sergi Roberto provided a hat-trick of assists as Neymar scored twice, along with Luis Suarez, Arda Turan and Rafinha.

Antoine Griezmann’s fifth goal of the season was enough to move Atletico Madrid into third with a 1-0 win at home to Deportivo la Coruna.

Deportivo were on the back foot for the entire second half after Faycal Fajr’s red card in the 45th minute, although Atletico paid a heavy price with first half injuries suffered by Augusto Fernandez and Jose Gimenez.

Mikel Balenziaga’s first ever goal in 10 years of professional football was vital as Athletic Club Bilbao made it four wins from as many games with a 3-1 win over previously unbeaten Sevilla.

Mikel San Jose put Athletic ahead, but Samir Nasri equalized 10 minutes into the second half and Sevilla were pressing hard when the full back enjoyed his moment of glory.

Aritz Aduriz sealed the win with an injury time penalty after Sevilla keeper Salvatore Sirigu was sent off for elbowing him in the back.

Villareal remain unbeaten this season thanks to a 3-1 triumph at home to bottom of the table Osasuna. All of the goals came before halftime with strikes from Pato, a Bruno Soriano penalty and Sansone, while Roberto Torres netted for Osausna.

Eibar won a Basque derby 2-0 at home to Real Sociedad thanks to an own goal from Asier Illaramendi and a lovely strike from Bebe, while Valencia appeared to be recovering under the guidance of caretaker coach Voro with a 2-1 win in Leganes.

Alexander Szymanowski opened the scoring for Leganes, before Nani equalized following a possible foul on home keeper JonAnder Serrantes, setting up Mario Suarez for the winner 10 minutes after the break.

Celta Vigo also chalked up their second win in 4 days, but had to wait until injury time before late goals from Giuseppe Rossi and Pinoe Sisto gave them a 2-0 win away to Espanyol.