Sergio Ramos scored his second injury time goal in a week to save Real Madrid from embarrassment and keep them six points clear at the top of the La Liga on Saturday night. 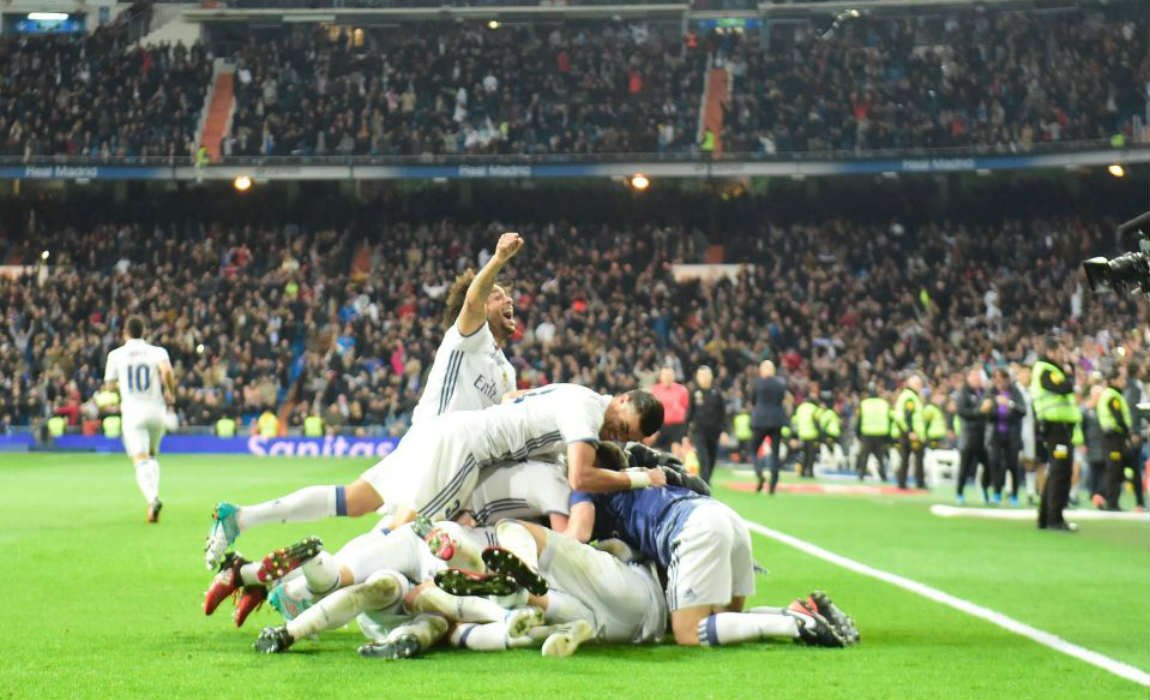 Seven days ago saw Ramos saw a last minute equalizer give his side a draw they barely deserved away to FC Barcelona and this time saw him score a 92nd minute header to give Madrid a win against Deportivo la Coruna, who deserved more from the game.

Madrid coach Zinedine Zidane made several changes to his usual side with players such as Cristiano Ronaldo rested. The result was a dull first half, but the game sprang to life when Alvaro Morata opened the scoring in the 50th minute. 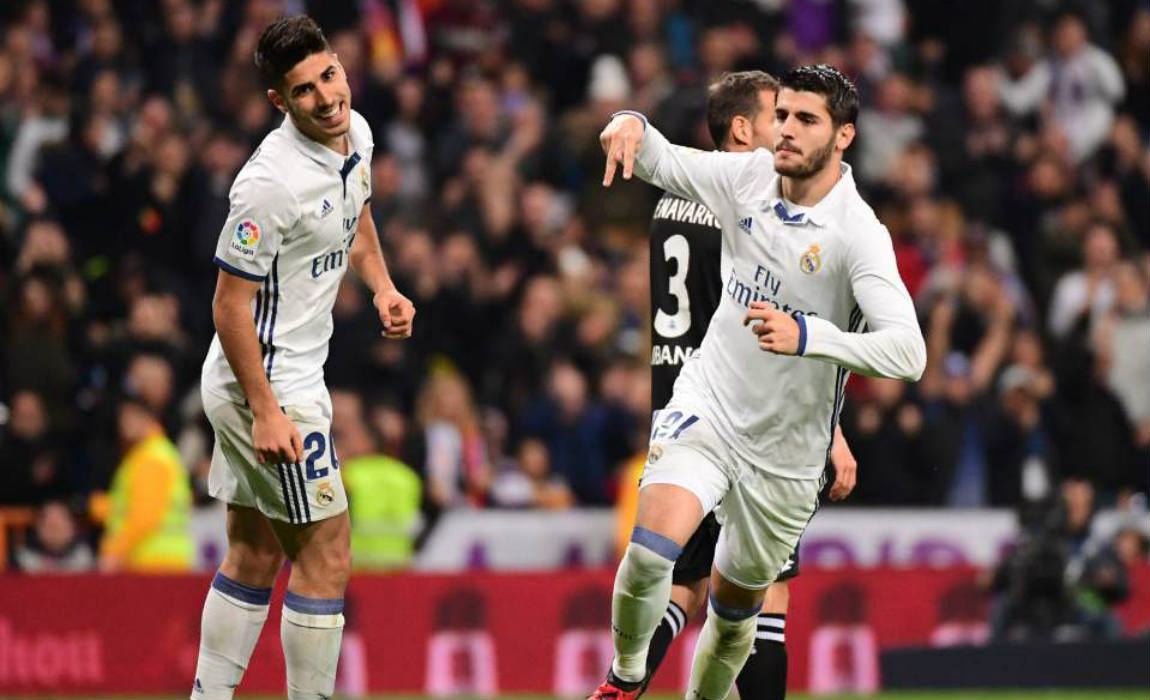 Joselu, Moratas former partner in the Real Madrid B-team, then scored in the 63rd and 65th minute to put Deportivo on track for what looked like it would be a surprise win, before Mariano’s 84th minute equalizer set Ramos up for another grandstand finish to extend Madrid’s unbeaten run to 35 games.

Barcelona also had to wait until the second half before assuring all three points at away to Osasuna with a comfortable 3-0 win. 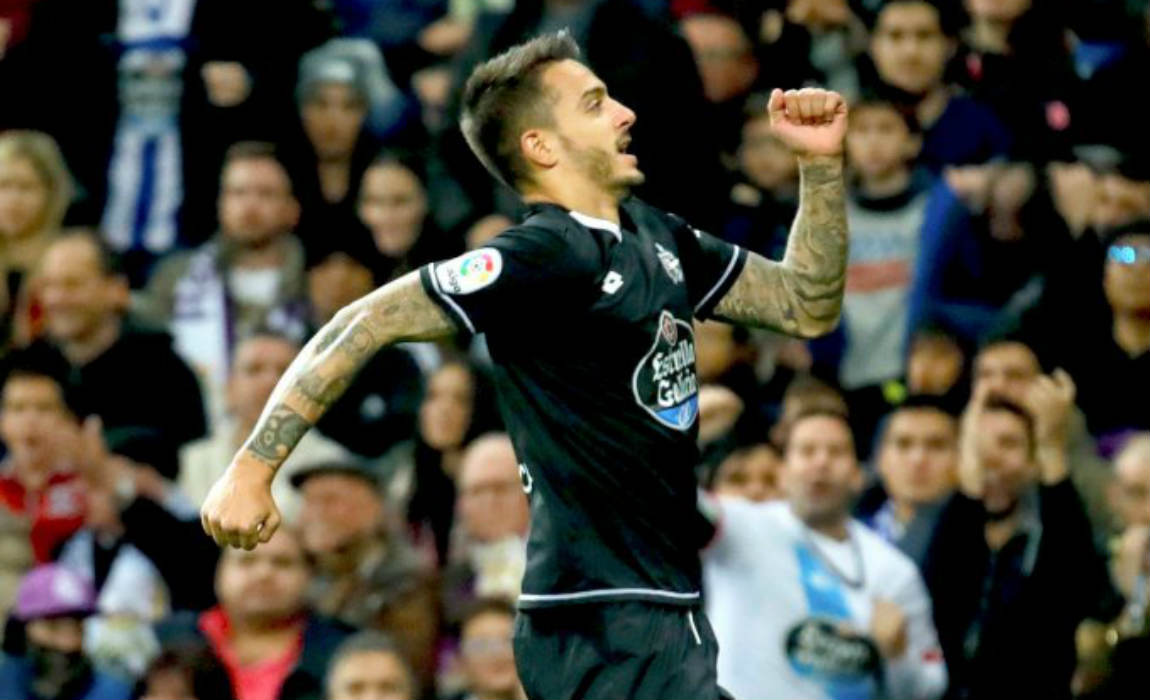 Luis Enrique’s side dominated from start to finish but were guilty of missing enough chances to have won the game by halftime. It was not until Leo Messi helped set up Luis Suarez for the opening goal shortly before the hour that Barca got ahead and Messi sealed the result with goals in the 67th and last minute to take his personal tally for the season to 11 in LaLiga.

Real Sociedad moved into fourth place at the expense of a Valencia side which has not won in seven games and in danger of falling into the relegation zone if results go against them on Sunday.

Valencia coach Cesare Prandelli had warned his players on Friday that they needed to show more commitment to the cause and will therefore have been furious at some dreadful defending which allowed Willian Jose to head Real Sociedad 2-0 ahead after just 22 minutes. 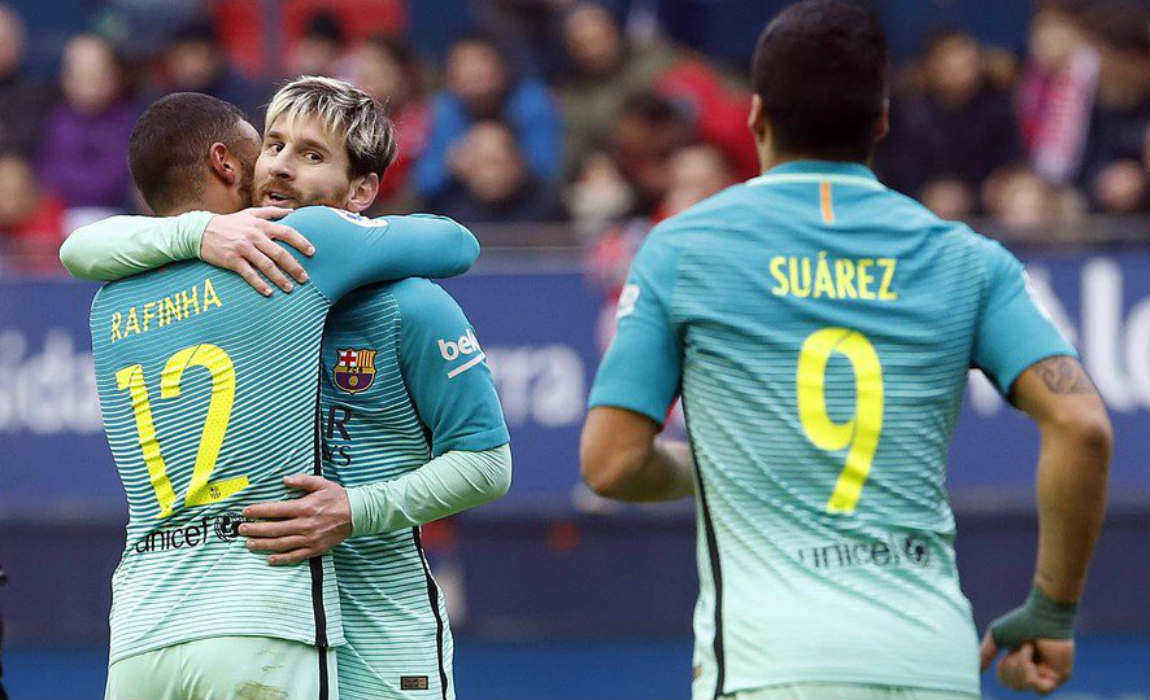 A Dani Parejo penalty before halftime gave Valencia hope, but in a frantic last four minutes, Juanmi put Real Sociedad 3-1 ahead before Zaki Bakali netted a second which was too late to salvage anything for Valencia.

Leganes took a point from their visit to Las Palmas thanks to Miguel Angel Guerrero’s second half penalty which cancelled out Marko Livaja’s first half strike for the home side.