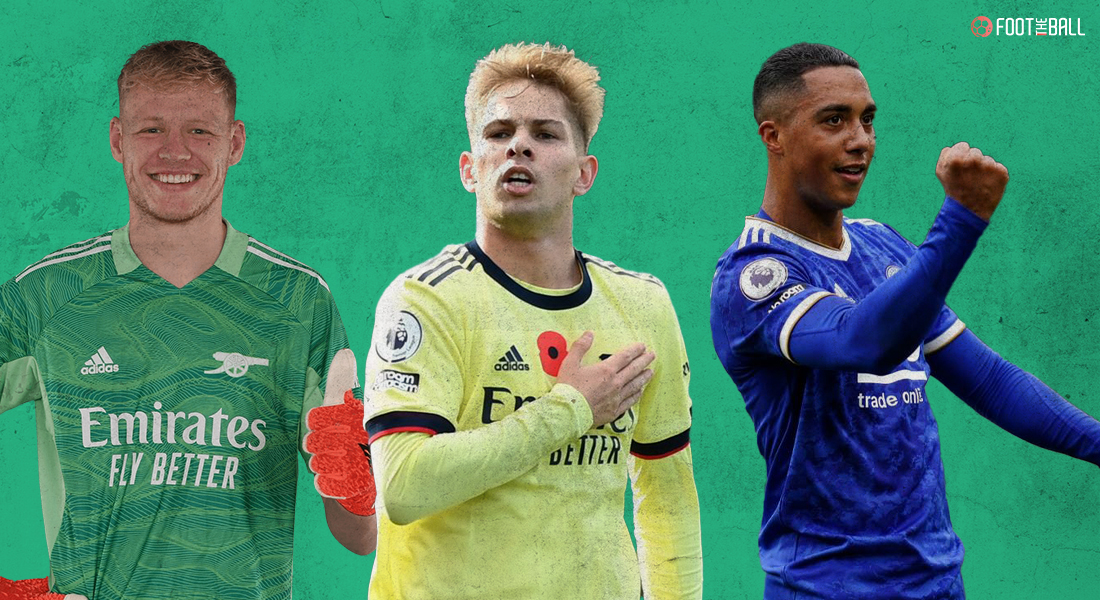 Leicester City lost 2-0 at home to Arsenal in the early kickoff on Saturday with first half goals from Gabriel and Emile Smith-Rowe securing the three points for Mikel Arteta’s team. The result propelled Arsenal into fifth temporarily.

An inspired Aaron Ramsdale performance, plus first-half goals from Gabriel and Emile Smith Rowe, secure a confident victory for the Gunners#LEIARS pic.twitter.com/m0dAR7DX5W

Arsenal started the match on the front foot and had quickly opened the scoring, albeit through an unlikely source. Centre-back Gabriel got on the end of Bukayo Saka’s corner in the fifth minute to glance it past a helpless Kasper Schmeichel. It was the Brazilian’s first goal of the season and gave the Gunners a boost as they continued to dominate Leicester.

Pierre-Emerick Aubameyang had a decent chance soon after but scuffed his shot straight at the Leicester goalkeeper. Thomas Partey and Sami Lokonga took shots from range but it was young Emile Smith-Rowe who doubled the lead for Arteta’s side in the 18th minute.

Saka was involved again in the build-up – Partey found him in acres of space out wide and the Englishman attacked the fullback before squaring for Alexandre Lacazette. Lacazette’s attempt to beat Jonny Evans was unsuccessful but Smith-Rowe was on hand to curl in the loose ball.

Arsenal took their foot off the gas after getting the two goal cushion and Leicester grew into the game. The Foxes looked short of ideas when in possession and did not trouble the opposing defence. The Gunners did have Aaron Ramsdale to thank for keeping the clean sheet going into the break as he made two outstanding stops from Kelechi Iheanacho and James Maddison’s long range shots.

Arsenal started the second half in similar fashion with nice runs from Smith-Rowe and Saka just after the restart but they quickly faded away. Leicester started to dominate and created way more chances with half-time substitutes Harvey Barnes and Ademola Lookman looking exceptionally bright. Rodgers spotted the issue of a lack of creativity and his changes had the desired impact.

The Foxes were unable to get the goal they desperately needed, and perhaps deserved in the second half with an inspired Ramsdale making good 1v1 stops and Barnes and Thomas putting their chances wide. Schmeichel in the Leicester goal too made a sharp stop from Aubameyang following a Smith-Rowe corner.

Aaron Ramsdale is not rated very highly by fans and pundits, primarily because his last two seasons have ended in relegations but he has little blame in that outcome. He is still only 23 and has plenty of experience under his belt and showcased why Arsenal splurged on him despite the relegation record.

Best save I’ve seen for years by Ramsdale👏👏👏

His distribution was a pleasure to watch, with two pings to Aubameyang in the first half drawing the oohs from everyone watching. He then backed it up with exceptional shot-stopping. Ramsdale’s save from Maddison’s free kick is one of the best so far this season and he made two great saves in the second half from Ademola Lookman and Luke Thomas as well to make sure that Arsenal retained their lead.

MAKING THE STEP UP

Arsenal have made a lot of big money signings in recent years but their best two players on the pitch today, and in the season so far, have been academy products Bukayo Saka and Emile Smith-Rowe. Saka was involved in the buildup for both the goals while Smith-Rowe got the second but their importance to the team goes way beyond just the final product.

What a start at the King Power! 😍

The pair were involved in every Gunners move and were the creative force behind the side. Both players are fan-favourites and their performances have contributed greatly in improving the mood around the Emirates after a terrible start to the season. Arsenal can have one of the most exciting young attacks in Europe if they manage to replace Aubameyang and Lacazette adequately.

The loss left Brendan Rodgers’ side 10th in the table, and they could slide down into the bottom half if Brentford or Wolves get a win. After the last two seasons, where they have been competing for Europe, this year has been a big disappointment. It looked like they had turned a corner after an impressive 4-2 win against Manchester United but their defence is not compact enough and a European spot looks out of range for now.

Leicester were expected to improve and make the final leap to the top four after a very promising summer transfer window but they seem to have lost some of their mojo. Major injuries to Wesley Fofana and James Justin has destabilised their defence but they still have plenty of quality in the squad and should be doing better.