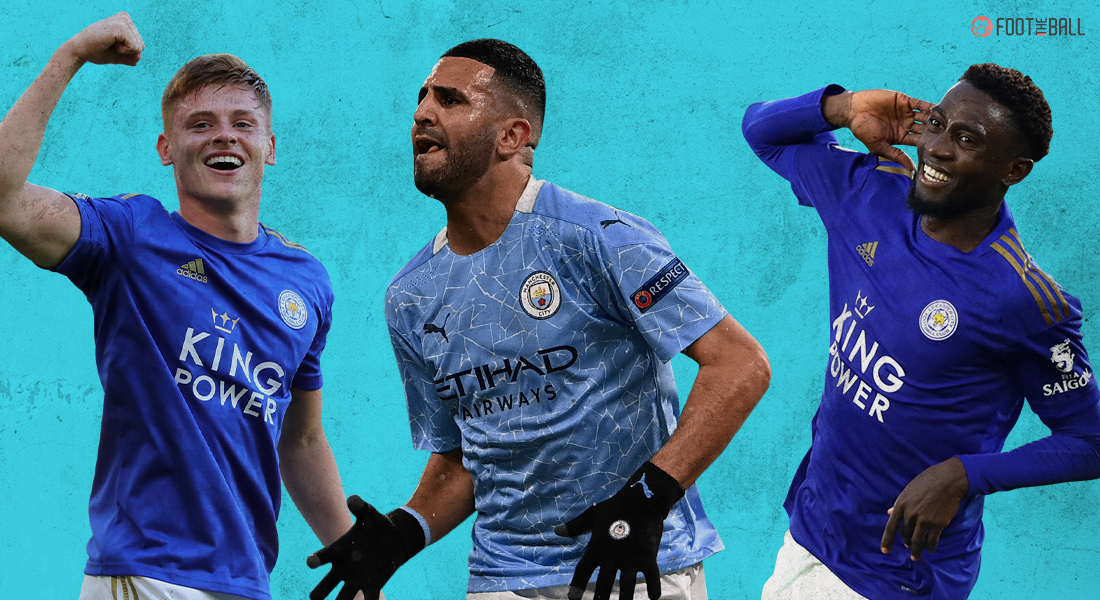 Leicester City met Manchester City in the FA Community Shield to determine who wins the first piece of silverware on offer in England. While the Foxes have been jolted by news of Wesley Fofana’s lengthy absence, City have generated quite the buzz by signing Jack Grealish for a British record £100m.

The game started on an even keel, with the Cityzens getting the first real chance of the game. Gundogan’s free-kick from around 30 yards was tipped over by Schmeichel as both teams looked to get on the front foot. Manchester City were winning corners after some sustained pressure but Vardy did bring out a save from Steffen at the other end.

Both sides have looked threatening in the opening stages of the #CommunityShield, but it's 0-0 after 1️⃣7️⃣ minutes. pic.twitter.com/6ykvkEJea0

The game settled down after that with not much action with no side overly eager to commit too many men forward. Vardy had the best chance right at the stroke of halftime. His shot with the left boot was brilliantly touched onto the post by a scrambling Steffen from close range as the sides entered the halfway point scoreless.

HALF TIME | Goalless at the break 🤝

The second half started in the same sedate manner with Mahrez firing over from a good free-kick chance before Gundogan blasted over from a smart corner routine. Leicester were now relying on the counter to hit Manchester City but were almost sucker punched themselves after Mahrez allowed through on goal. The Algerian blazed over and it was clear that the Cityzens were trying to dominate matters now.

The loudest cheer of the match till then came in the 65th minute with Grealish coming on for his much awaited debut. Leicester responded with a host of changes themselves. The game had slowed considerably as both teams were dealing with a sense of tiredness and lack of killer instinct. The goalkeepers were hardly being word, with Steffen having to rush off his line to get to the ball before Iheanacho in the 85th minute being notable. It looked like one goal would be enough to settle matters.

That moment came in the 87th minute as Ake dawdled on the ball too long which allowed Iheanacho to steal the ball and get bundled over. Though the referee did not blow his whistle immediately, eventually the penalty was given. The Nigerian stepped up and converted against his old club who did have venture forward at the end but came up empty-handed.

Kelechi Iheanacho gives the Foxes the lead late on from the spot 🎯#CommunityShield @LCFC pic.twitter.com/t6T66C8WPw

BARNES WILL BE KEY FOR FOXES

The fleet-footed winger, who spent a large portion of last season out injured, showed glimpses of true quality today. Barnes was direct in attack with the ball and always looked to beat his man one-on-one. He was also looking to get the crosses to Vardy and then Daka who now have a constant source of supply.

Furthermore, it was from Barnes’ delivery that presented Vardy with a glorious opportunity just before halftime. Barnes was mighty impressive last season providing nine goals and four assists from 25 games.

With almost 80 minutes today, he will feel in good stead with the new season starting from next week. He will be heavily relied on by Brendan Rodgers as an outlet during fast breaks and hitting the opposition with speed. Barnes can become a regular starter this season and even break through with the national team if he betters his 2020-21 form.

CITY DO NEED A STRIKER

Yes, Gabriel Jesus and Phil Foden were unavailable but that is still no excuse for such a dreadful shooting night. Seven of their 12 strikes were off target with the main culprits being Mahrez and Gundogan. The absence of an out-and-out forward clearly showed with several crosses from both flanks finding a defender’s head.

Even the introduction of Grealish did not lift the Cityzens as they struggled to find the lethal touch. Though Guardiola brought on Bernardo Silva and played with youngsters as well, they were no match for the compact Foxes.

It was down to Steffen who kept the game level with some smart saves. Manchester City have been in the market for Harry Kane but it remains to be seen whether they get him or not. Guardiola will surely need somebody as the ‘false nine’ approach may not have the sting to win him a title again.

ALL EYES ON NEXT WEEKEND

Can Leicester finally end their top-four hoodoo? How will Manchester City cope without a striker? The start of the Premier League season promises to be intriguing as it will be enthralling. Guardiola and co. visit Spurs and it will be interesting to see who Kane turns up for while the Foxes host Wolves who have bolstered themselves. Though this match was just a very early marker of a very long season, losing a second successive final in the space of around two months cannot be great for the Cityzens.