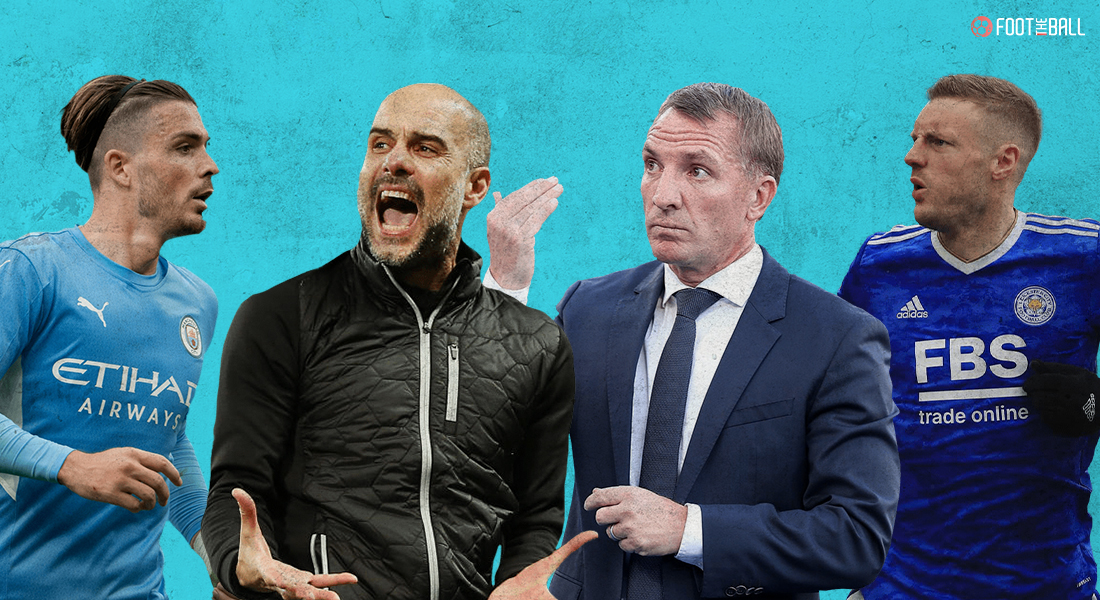 Current Premier League champions Manchester City face a stern test in the form of East Midlands club Leicester City as they visit the King Power Stadium this weekend to play the Foxes.

Pep Guardiola is in a tricky situation as he finds himself without the services of his Brazilian players (more on that later), while Leicester City will be confident of at least earning a point against their more illustrious rivals when they host them.

As fans wait with bated breath for the fixture to play out in the city of Leicester this weekend in the Premier League, FootTheBall brings to you a comprehensive match preview of the same.

Leicester City will be raring to go as Brendan Rodgers has almost all his first team players to call upon for this crucial match at King Power Stadium.

Key timings ⏰
How to watch on TV 📺
What happened last time? 👀

Everything you need to know ahead of #LeiMci on Saturday 👇

Rodgers will be missing Wesley Fofana until next year due to the recuperation time after the surgery on his broken leg, while Jonny Evans and Jannik Vestergaard’s statuses remain veiled in doubt.

Manchester City have a lot of tinkering to do after Gabriel Jesus, Ederson and Zack Steffen were ruled out of contention for the forthcoming match.

The Brazilian duo has been banned by the Brazilian FA from appearing for City after they did not join the Selecao, while Steffen tested positive for Covid-19.

Elsewhere, Kevin De Bruyne and Phil Foden are continuing on their way back to full fitness as both overcome injuries sustained prior to the season’s start. Meanwhile, Aymeric Laporte will apparently be rested due to muscle fatigue.

The Nigerian is truly the trump card in Leicester City squad as he can, more often than not, grab games by the scruff of their necks and turn the tables with his deft shooting ability, passing and eye for goal.

The last time these two sides met, Iheanacho came off the bench to win it for the Foxes as he coolly slotted home from a penalty in the last 10 minutes to win Leicester City the Community Shield (their second piece of silverware since the FA Cup triumph in May 2021) at the Wembley Stadium.

Therefore, if Rodgers needs a fresh pair of legs to wreak havoc on the centre-back duo of Ruben Dias and John Stones, then he will definitely bring on Iheanacho from the bench to infuse dynamism to the playing XI of Leicester City.

The most expensive British football player ever will be tasked with leading Manchester City’s cause from the front this time as they will be missing a slew of other key players either due to suspension, health concerns or injury woes.

Grealish has adapted well to life in Manchester, having scored 1 goal and delivered 1 assist in the opening 3 matches for the Cityzens, but he knows the danger that Leicester City pose on their own turf.

As such, we might see him tracking back to help Gundogan and Joao Cancelo in defence apart from bursting forward and creating attacking chances for the likes of Ferran Torres and Riyad Mahrez from the left flank.

Manchester City’s away record in the Premier League leaves a lot to be desired this season, and the threat of Leicester City will make it more daunting for them to clinch all 3 points in the East Midlands region of England this weekend.

Leicester City, meanwhile, do not have anything to lose and will be out to deliver the sucker punch to Manchester City who will be without their only recognised striker and their first-choice goalkeeper for the first time this campaign.