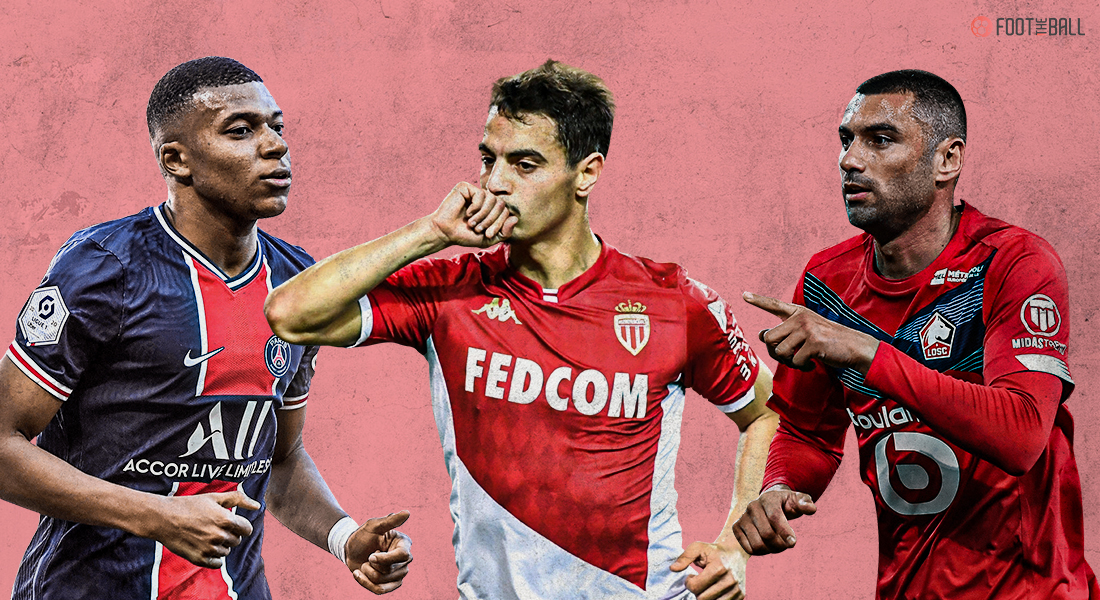 Ligue 1 has been chastised often with the moniker of ‘farmers league’ and how there’s no competition in the league since PSG’s takeover by Qatari owners in 2011. Though the same can be said for the Bundesliga as well, where Bayern are on the cusp of a ninth straight league title (PSG have “only” won seven of the last nine), it seems that the footballing world’s hatred for the Parisian club has got something to do with the millions and billions it has spent on huge transfers. If they have been cursing for PSG to not win, this season may just have heard those prayers.

The league just wrapped up with its week 34 fixtures and…PSG are NOT the leaders. Yes, you read that right. The surprise table-toppers are 2011 champions LOSC Lille who finished last season a whopping 19 points behind the champions. Sitting right behind them are AS Monaco, a former champion themselves. All three of them are separated by just two points!

🔥This title race, though…🔥 pic.twitter.com/z8d6EK0PTI

With four matches to go and the finish for the ages looming, FootTheBall looks at the three challengers to the crown and who might end up winning it all.

Les Dogues are managed by long-time Saint-Etienne boss Christophe Galtier, who has been at the helm since 2017. His first season was as underwhelming as they come with Lille finishing 17th in his first season. But lo and behold, they rocked the league the very next season, ending up as runners-up (16 points behind PSG, but whatever). With a pandemic-curtailed 2019/20 season long in the rear view, Lille has been the most impressive side this season by a mile.

Their talisman, no doubt, has been veteran Turkish striker Burak Yilmaz who has linked up time and again with young Canadian attacker Jonathan David. The pair have scored 25 goals together, with last weekend’s dramatic come-from-behind win against Champions League chasing Lyon a particular highlight. Down 2-0, the duo combined for three goals, including Yilmaz’ winner in the 85’ minute. That win has kept them atop the table by a single point.

This kind of resilience in the face of adversity has been the hallmark of Lille, as a squad built on young talent mixed with older heads has combined so effectively throughout the season. Captain Jose Fonte is 37 but still commands the defence like no other, alongside 21-year-old Dutch rising baller Sven Botman.

Renato Sanches, formerly of Bayern Munich, has been a revelation in the middle of the pitch alongside second-highest assists provider Jonathan Bamba. The team has experienced just one defeat in its past 10 league games, a run which includes a win over PSG in early April. Their three losses so far are also the fewest in the league.

With four games remaining, and a potentially tricky visit to RC Lens who currently sit 5th left, the title is Lille’s to lose.

PSG have been uncharacteristically off colour this season domestically. Its eight losses, including five at home, are the most they have suffered in a decade and are the joint-highest among the top five teams. With Kylian Mbappe looking set to win the Golden Boot (he already has 25 goals; the next highest is 18) and some of the world’s best starters across positions, one has to wonder what went wrong this season for the defending champions.

PSG appointed Mauricio Pochettino in January but the Argentinian had to make do without the services of Neymar who has had regular brushes with injuries that have limited him to only 11 starts in the league.

Their performances have been unpredictable at times, as typified by the shock home loss to Nantes in mid-March. PSG had taken the lead and had almost 75% possession but a mistake by Mbappe and a spirited comeback by the home side left the capital club reeling. That loss was followed by another the very next week to Lille, both of which have ended up costing dearly.

There is no doubt that PSG’s attacking depth is second to none within the league as evidenced by Moise Kean and Mauro Icardi having 20+ goals together, and Angel Di Maria with nine assists. But their defence, without longtime general Thiago Silva and marauding right-back Thomas Meunier, just has not had the same steeliness as in previous seasons.

2️⃣5️⃣ ⚽️ in #Ligue1 this season for @KMbappe

7️⃣ goals in his last 5️⃣ matches in all competitions 📈#FCMPSG pic.twitter.com/g1CGe2VtQe

Even though they have made it into the semi-finals of the Champions League, Poch knows that the team can afford no slip ups from now on in the league. Their final four games do include beatable opponents, but in this year’s Ligue 1 form book has left the building.

This Monaco side has meant business since December, as showcased by their one loss in the last 19 matches! Led by former Bayern boss Niko Kovac, and sporting the dual threats of Wissam Ben Yeddar and Kevin Volland (18 and 15 goals respectively), Monaco know that they are right in the champions’ conversation this season.

Having finished just above the relegation zone in the same season where Lille finished 2nd, and having changed four managers in two years, Kovac took over the team last season and the results have been immediate in coming. Their midfield in run by two of the brightest upcoming French talents in Youssef Fofana and Aurelian Tchouameni, while the experience is provided by Aleksandr Golovin at 24-years-old.

The Russian, having missed much of the first half of the season, has racked up four goals and eight assists already becoming the provider in chief to the attackers up top. Monaco also have scored the second highest number of goals in the league at 71.

With a showdown against 4th placed Lyon, who harbour their own ambitions of Champions League still, next week and RC Lens on their last match day, Monaco have arguably the toughest route to the title. But having charged up the table all season, nobody would bet against them being crowned champions just yet.

With RC Lens facing all of the top three in upcoming weeks, the fate of Ligue 1 is could be swayed in any direction. With goal difference and goals scored being a real deciding factor if push comes to shove, PSG will be the happiest as theirs far outweigh their competitors.

Suffice to say, with such an adrenaline packed finish set to occur, Ligue 1 is no more the farmers league by any account. However, FootTheBall expects that Lille will withstand the pressure and break PSG’s monopoly on the French title once more.