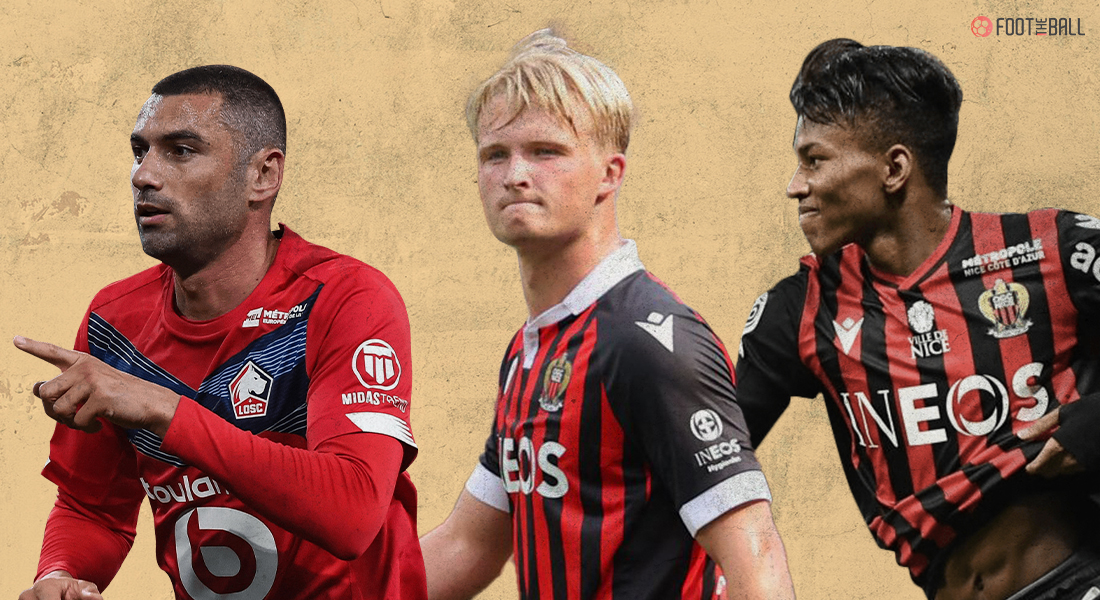 Lille lost 0-4 against Nice in their first home game of the season. Although Lille had a decent run overall, the scoreline is all that matters and Nice owned the defending champions in that respect. Lille has now conceded 7 goals so far in their 2 games in Ligue 1. are the title contenders struggling to stay afloat?

The defending champions couldn’t get the start they wanted after drawing their opening game with Metz. Lille’s solid defence conceded 3 goals in the game which poses a big problem for their new manager. Christophe Galtier, Nice’s new manager faced the team he guided to the title last season and had to put his emotions aside and improve upon their performance last week.

The whole stadium fell silent when Nice netted the ball in the first minute of the game. Lille were on the back foot ever since the referee blew his whistle and after multiple failed attempts on goal, Kasper Dolberg finally scored the opener for Nice. Nice bested Lille again 4 minutes after their first goal. Hichem Boudaoui struck the ball from outside the box piercing through Lille’s defence and ended up in the back of the net.

Nice started pushing ahead in the last 5 minutes and although Dolberg’s header hit the post, Lille’s centre-back Benjamin Andre got his hand on the ball in stoppage time which gave Nice a penalty. Amine Gouiri converted the penalty with ease and Nice ended the half on a high.

Although Nice got a huge lead at the start, Lille dominated the rest of the first half. Galtier’s men decided to hang back after their magnificent start, Lille didn’t stop pushing for a goal and came close multiple times over the 45. Lille were doing well enough to reach the final third but they couldn’t get close to the goal and were compelled to take long shots.

Nice scored their 4th goal of the game courtesy of a header by Kasper Dolberg in the 63rd minute. Lille failed to clear the ball from a corner which gave Dolberg enough time to get into a six-yard box with no one around him. Nice were about to make it 5 as they took Lille’s defence by surprise with a quick counter and scored. Lille was saved by the extra embarrassment as VAR ruled the goal out due to an offside situation.

Lille never looked like scoring in the second half and Nice started controlling the flow of the game by the end. The game finished 0-4 as the underdogs assert their dominance in France.

It is a shame that the result was decided in the first 5 minutes if the game as Lille never got close to leveling the score. They did have a better overall display in the first half but that didn’t get reflected on the scoresheet. Their defending was lethargic from the get-go and Nice made sure they paid for it. All of the goals scored by Nice could have been easily avoidable. Their passes at the back lacked confidence which made them more susceptible to interceptions in their own half. Lille have conceded 7 goals in 2 games so far in Ligue 1 and this is a clear sign that something is horribly wrong at the backline of the defending champions.

CONTROVERSIAL DECISION BY THE REF

Jose Fonte was pulled back in the box by Nice’s Todibo during a clear goal-scoring opportunity. The tug was enough to put the striker down due to which he wasn’t able;e to take a good shot in front of goal. A tug so strong inside the box is usually given a clear penalty but this time, the ref refused to budge even after having a clear look at the incident. The home fans were confident that VAR will halt the game but were disappointed. The referee wasn’t even called dup to see the replay for himself and we believe the offense prevented Lille from a clear goal-scoring opportunity and it should have been a penalty.

NICE MADE MOST OUT OF THE GAME

Nice made lesser chances compared to Lille but the scoresheet says otherwise. This is because Lille didn’t make most of the chances they created and never got into good goal-scoring positions despite having the potential to do so. Lille had more of the possession and more attempts on goal but out of their 11 shots, only 2 were on target.

Nice had lesser chances but they did manage to get 7 shots on target in the end. Sloppy defending and a poor shooting display gifted Nice the 3 points. Lille controlled the game but couldn’t control the narrative.