Throughout the world, many have perceived the beautiful story that the current Paris Saint-Germain number 30 have written over the course of his career. While with his eternal rival and compatriot, Cristiano Ronaldo, the Argentine skipper has been the best in the game for far too long.

Though, the diminutive Argentine went to the La Masia as a teenager that was struggling to find his feet place among the rest in world football early on his career but left the Nou Camp as the greatest player to ever represent Catalan base club in their rich history

In fact, Messi wasn’t just the best player in the rich history of Barcelona, he is the greatest player to ever grace the field of the Spanish league in his seventeen-year spell with Barcelona in the Spanish top flight, while he constantly terrorize all his opponents winning loads of silverware in the process.

More so, the former Barcelona talisman throughout the entirety of his Barcelona career found the back of the net of 474 times in La Liga, 56 goals in Copa Del Rey, 120 goals in Champions league and 22 goals in the Spanish super cup.

Lionel Messi remains the player with the most goal score for a single club ahead of the great players like Pelé, Puskas, Gerd Muller and among many other players of high esteem in the rich history of world football.

However, despite grilling his trophy coffer with a load of medals and achievements from his Barcelona days,  the diminutive Argentine was at the front of criticism for his lack of achievement with the Argentina national, while he lost four finals with the team prior to Argentina’s Brazil Copa América triumph in 2021 with the newer crop of players 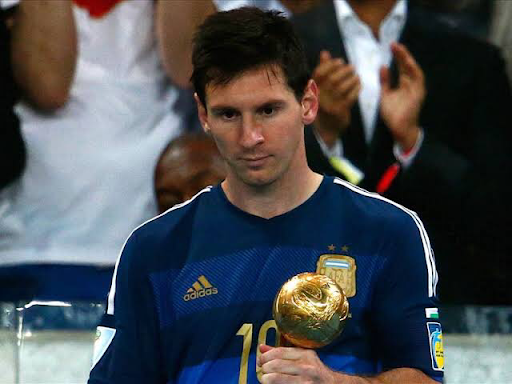 While he might have finally have the medal he much desired with Argentina in form of Copa America, there is no doubt that the Argentine number 10 wizard is looking to cement his status as the greatest ever ahead of his countryman, Diego Maradona and Brazilian great, Pelé

Thus going to Qatar 2022 will be his last chance of making his dream come and by the time the competition is setting sail in the Middle East, the Argentina skipper will be much ahead of his prime with over 35 years of age, making him less available for the next world in the USA, Canada and Mexico

Moreover, by the next World Cup after Qatar 2022, Lionel Messi will have been 39. Thus, his chance of winning the medal to lay acclaim to the status of the greatest ever footballer would have been long gone, if he and his colleagues didn’t come out triumph in Qatar.

Moreover, the diminutive forward will be hoping of going one step after his triumph with Argentina in Brazil in the summer of 2021 come to the end of the World Cup in 2022.

Though it might have been the last dance for the Argentine skipper at the world stage by 2022, the team cohesiveness is beginning to yield fulfilment after winning the Copa América for the first time since 1993 after they were inspired by the late Maradona to an epic triumph in Ecuador

With the like of Emi Martinez standing up to be the hero, Rodrigo De Paul making his presence known to the world after an emphatic season with Udinese prior to his switch to the Atletico de Madrid in the summer of 2021, Lautaro Martinez finally showing the world of his talent and Acuna among others can now stay vibrant and steady with the team. 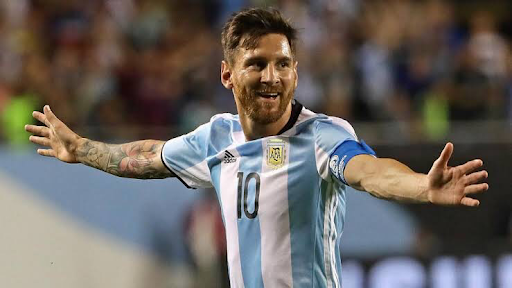 Though, many were claiming to up their game for their hero in Lionel Messi while going further in the recently concluded Copa America. But many football fans globally would argue of the intensity the American competition against the mundial

But with the right orientation and individual brilliance of Lionel Messi going to the World Cup in 2022, Argentina might have a chance of coming out emphatically in the competition despite having lots of competition favourites with which the defending champion has the best early favourite odds at 11/2 according to the bet-wv review and odds for the upcoming world cup

Moreover, Argentina had all their key to open the door for their talisman in the 2014 world cup in Brazil but succumb to the might of the German force as Mario Gotze punish the La Albiceleste at the given opportunity in the extra time to deny Messi and his compatriot the chance to write their names among the greats

Also, like the previous World Cups prior to 2014 in Brazil, La Albiceleste we’re toothless in Russia where they were sent packing by the eventual winner of the 2018 World Cup at the round-of-16 after they manage to squeeze their way out of the group with lackadaisical performances.

More also, the 2019 Copa America was equally shambolic like the 2018 outing but 2021 was a show of intent from the Argentine wizard as his performance could have been the trend that elevate the standard of his fellow player to ensure that Argentina won the Copa America once again at the expense of Brazil at Maracana

However, with such performance, Messi and his colleague will be high flying in their bid to reclaim the Mundial which they last won with Maradona in 1986 to which Messi will rightly surpass if only he aid Argentina in their quest to win the world cup again

Though there is little hope that he might be coming back to the 2026 World Cup in the USA, Canada and Mexico, but if Lionel Messi has had his chance in 2022, he might pass on the barton to his junior colleague to carry on the torch of greatness in white and blue jersey of Argentina

And by then, the diminutive number 10 would have cemented his place higher than the like of Pele, Maradona on the podium of the football greatest eve player. Though he is immortal while he is comfortable living with the great like Pele among many other legends in the game

But the 2022 World Cup in Qatar will certainly elevate him above Cristiano Ronaldo, Pele and Maradona as the greatest of all time that ever played football and despite his numerous records, achievement and monument in world football at large, the 2022 world cup remain the last dance that could cement his status as the GOAT.