You MUST Watch Sunderland ‘Til I Die 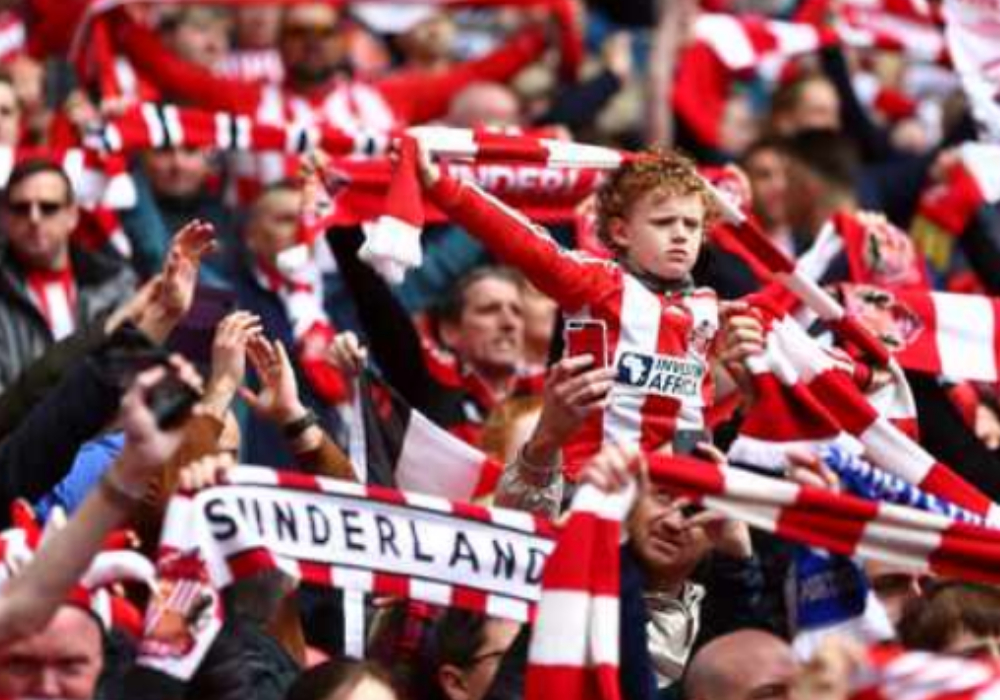 It was the year 1973 – A second division side battles it out against the best at the F.A Cup, only to go forward and beat cup holders Leeds United in the finals. An F.A Cup win guaranteed silverware on the shelf, but more importantly, it opened the doors to European football. The unstoppable side rampage through the season either fighting for promotion or gasping to survive relegation. In 1996, they begin to own the fourth largest stadium in all of England – The Stadium Of Light.

Almost four decades later, everything has changed except the stripes on their shirts. We see the grand old club cope with relegation from the Premier League, only to be jolted with a devastating repeat relegation from the Championship in the following season. It is the kind of downfall that can crush a club financially as well as spiritually.

The world of English football is all about stories, stories that can make great films. In Manchester United, you have a tragic plane crash climax while Arsenal gives you the perfect entrepreneurial story in Wenger. Chelsea and Manchester City paint glorious tales of success backed by the power of foreign money that can overnight change the landscape of a country’s footballing culture.

But it seems like only the big clubs can afford good writers for their stories. The bottom flight clubs have to make-do with simple narratives made up of small successes and heartbreaks that seem rather inconsequential to the bigger picture.

Not in the case of Sunderland.

The Netflix sports documentary – Sunderland ‘Til I Die, takes you backstage on all the action. Tracking the club’s performance over two seasons, it is a roller-coaster ride of emotions that keeps you invested in the spirit of the club.

Football is the only source of entertainment for most Sunderland fans. The Stadium of Light only lights up when a crowd full of working-class people flock in wearing the red and white stripes. The age-old club has a rich heritage like any other popular one, and that’s precisely why top-flight sides don’t seem to tower upon the Sunderland squad while walking out of the tunnel.

However, this fourteen-part documentary is not an attempt at whitewashing. It follows the club’s descent into darkness. The perfect tone for the entire two-season documentary is set in the first twenty minutes at a pre-season game. Scottish league legends Celtic F.C visit Sunderland at home. With absolute optimism, the Mackems flock in to show support for their freshly relegated side. With Simon Grayson taking over from a defeated David Moyes, the Stadium of Light leaks with positivity and promise. Key players like John O’Shea, Darren Gibson, Cattermole, and Jack Rodwell stand by their fans to promise them promotion back into the Premier League.

We’re By Far The Greatest Team.

Sunderland ‘Til I Die is as much about the club, as it is about its fans. The documentary takes us into the lives and living rooms of a few die-hard locals, to show us the metal Sunderland is made of. Through the years of turmoil and management distress, the only thing that grounds the club like a solid pillar is the spirit of its fans.

For a working-class city like Sunderland, the only conversations at every bar seem to be about football. We see how the club’s performance in the league impacts their lives significantly. While on television they may look like just a sea of supporters wearing jerseys, this documentary shows us the ache and simple pleasures of being a die-hard supporter. What it means to stand by your club, in all moments of adversity.

It’s the kind of fan culture we seldom get to see in other sports and countries.

The most heart-wrenching and enjoyable moments of the series come from these very fans. A few episodes in, you’ll begin to see the club through their lens. It renders a sense of empathy and gives every football fan a deeper understanding of what otherwise just looks like a ‘Fantasy Premier League’.

In the second season, after a moment of complete despair at a Wembley final, a disheartened Sunderland fan looks at her husband and says:

Why is it never us celebrating?

It’s a heart-wrenching moment. Sunderland doesn’t fall short on the entertainment quotient as well. Through the arcs of players like Jack Rodwell and Josh Maja, you get to see the nasty agent business attached to players. Contracts, marketing, budgets, and ownership hassles take the focus away from the football.

In the second season, we see a marketing maverick enter the management team. In a little success story tucked away, we see Sunderland break the record for the highest attendance in a League One game. The business of the game is on display with complete honesty and transparency. Oh, and did I mention the transfer market crisis? Yes, that too.

The second season comes with a different breath of fresh air. We see younger players help fix the seats at the Stadium of Light. With a new owner, Steve Donald, comes a new manager, Jack Ross. Major changes take place to lift off the horrendous two-season curse, but the black cats live up to the Indian symbolism of bad luck.

If you could see me now.
I hope that I’m making you proud.

What stays with you long after you’ve binged Sunderland ‘Til I Die is the gem of a composition by The Lake Poets – Shipyards. The song resonates through the action and ends up becoming an anthem in your head. It personifies Sunderland to be more than just a logo on jerseys and flags. The song feels like a heartfelt letter from the club to every fan who has paid the price to experience an appalling story of despair.

For every football fan out there, Sunderland ‘Til I Die becomes a must watch just for its sheer humanistic values. It transcends the barriers of club support culture bringing together every football fan to experience the joys and turmoil of the game.

You can find it on Netflix as a two-part series.

Sunderland ‘Til I Die.

LIVERPOOL ARE CHAMPIONS OF ENGLAND

You MUST Watch Sunderland ‘Til I Die