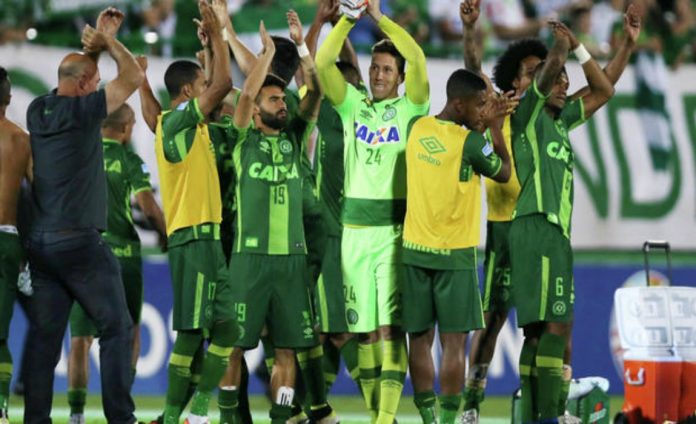 French Ligue 1 outfit Lyon have announced they will play a friendly against tragedy-stricken Brazilian club Chapecoense next week.

The Aug. 8 match at the Groupama Training Center in Decines will follow Chapecoense’s Joan Gamper trophy clash with Barcelona at the Camp Nou a day earlier.

“It is with great pleasure that [we] accept Chapecoense’s request to come to play a friendly next week,” Lyon said in a statement on their official website on Tuesday.

The fixtures come just over eight months after 19 Chapecoense players were among the 71 dead in a plane crash in Colombia.

Defender Alan Ruschel is expected to play his first match since the accident by lining up against Barcelona.