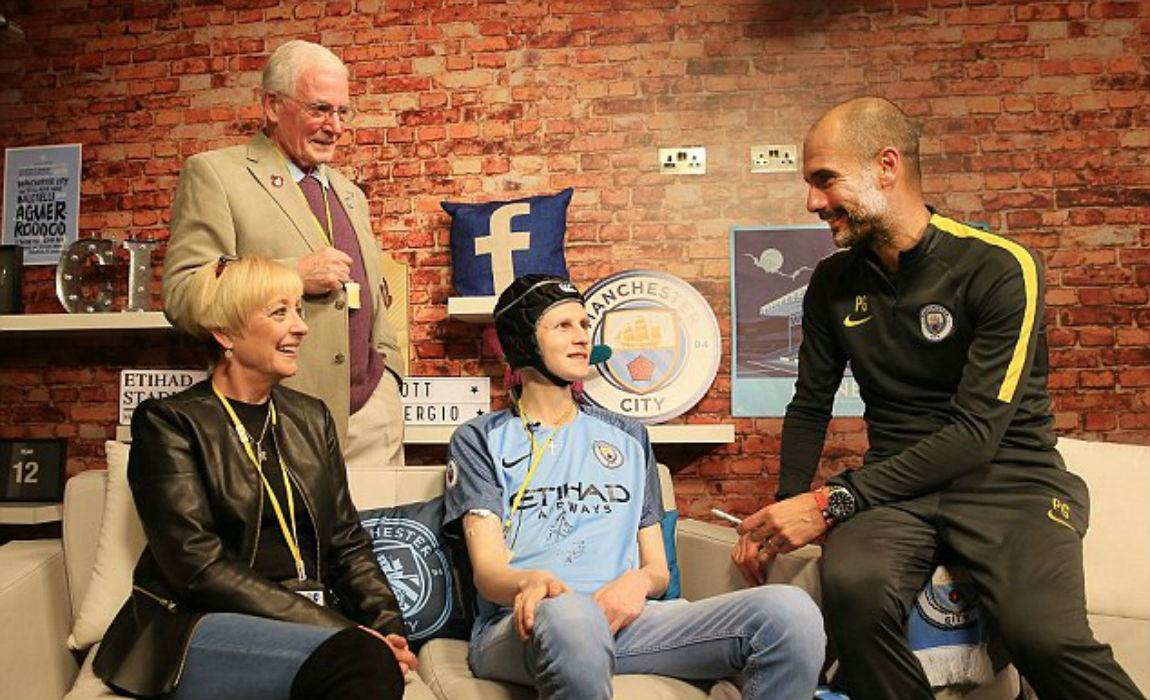 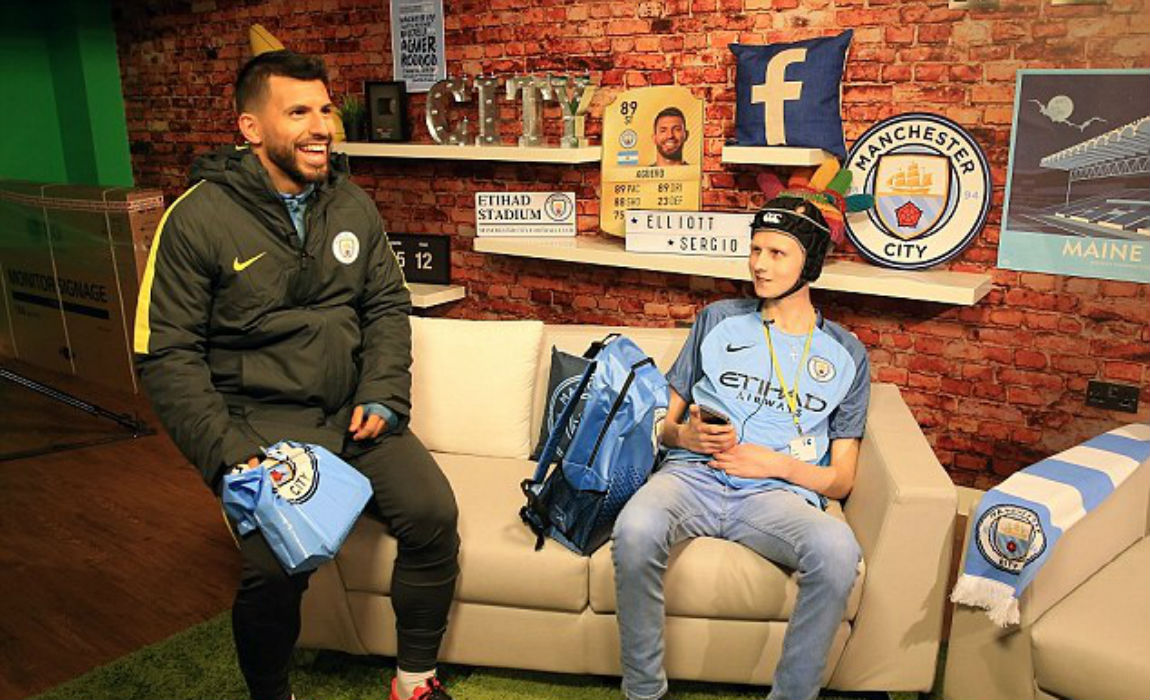 Elliot was told that he had sarcoma cancer and that he will never be able to walk again.

The 19-year-old Citizen was on life support and was told he was three hours from death but the brave boy fought cancer and is back to the Etihad. 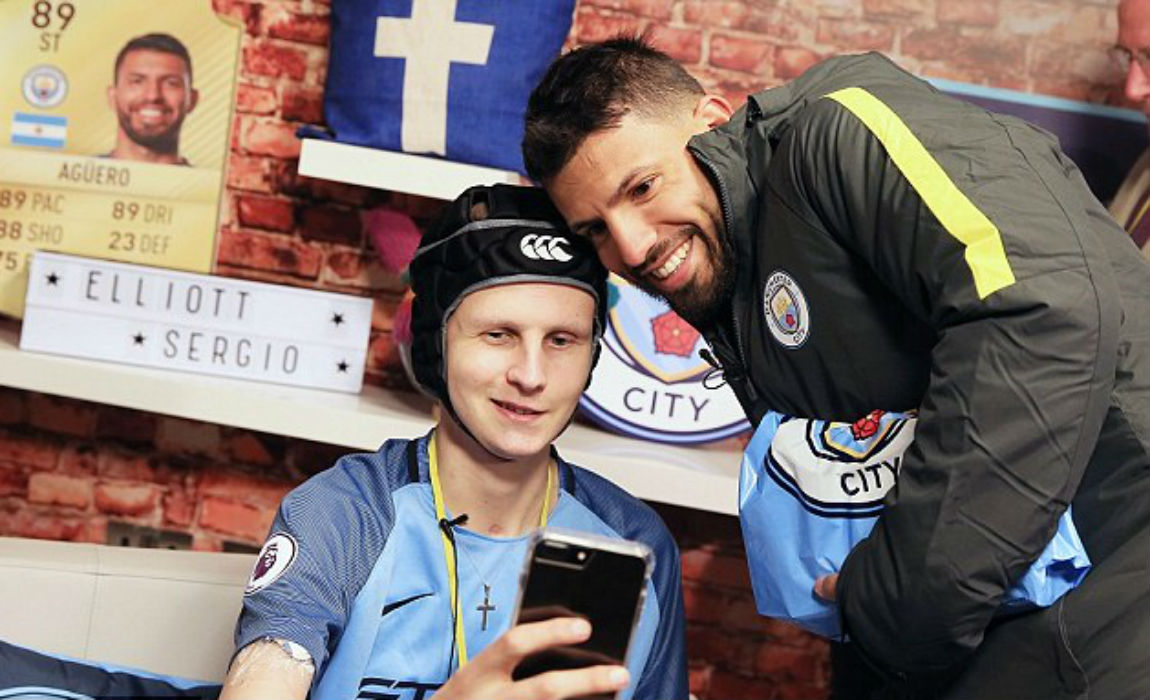 Interestingly, Elliot also played a key role in City winning the 2012 Premier League title. He placed the ball on the corner spot for Edin Dzeko’s equaliser.

City are working with the Willow Foundation, an organisation that grants wishes of seriously ill teenagers.

Elliot was invited to meet Manchester City striker Sergio Aguero and watch the team train, but the youngster also got a surprise visit from boss Pep Guardiola.

Guardiola also shared his experiences as a ball boy, he said “In Barcelona I was the same, it was amazing when I was 13, 14, 15. It was a dream to see the players score goals – how they speak, how they play.” 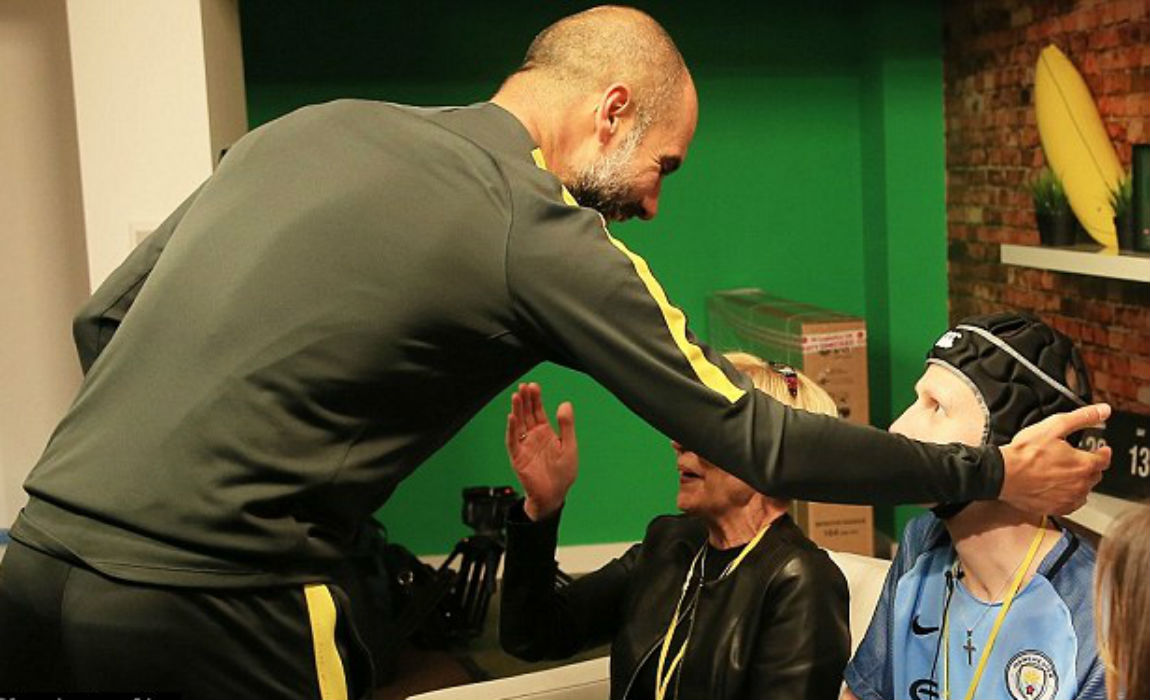 The Spaniard also told Elliot that the club will always be there for him, saying “This is so difficult, but take it step by step and any time you need us, we are here.” 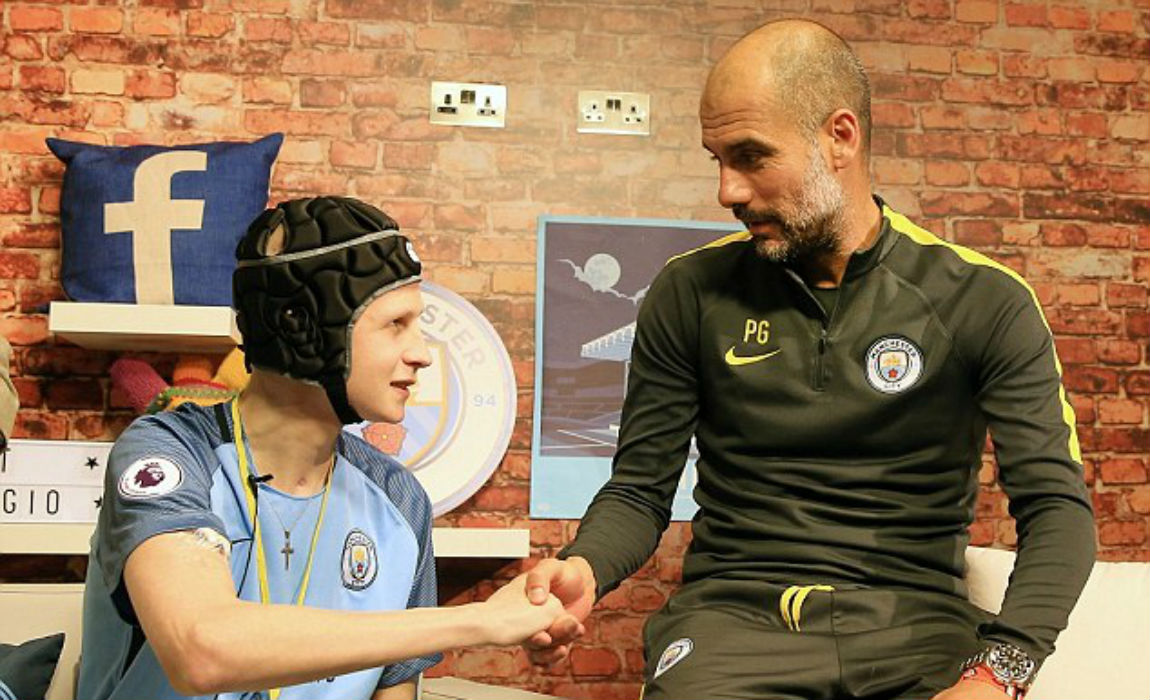 It was a very emotional moment for the youngster as for the first home game he came on a wheelchair but this was the first time that he returned to the Etihad Stadium on foot.

Manchester City also celebrated the moment as Elliott was called on the pitch during half-time, where he met his old friends. 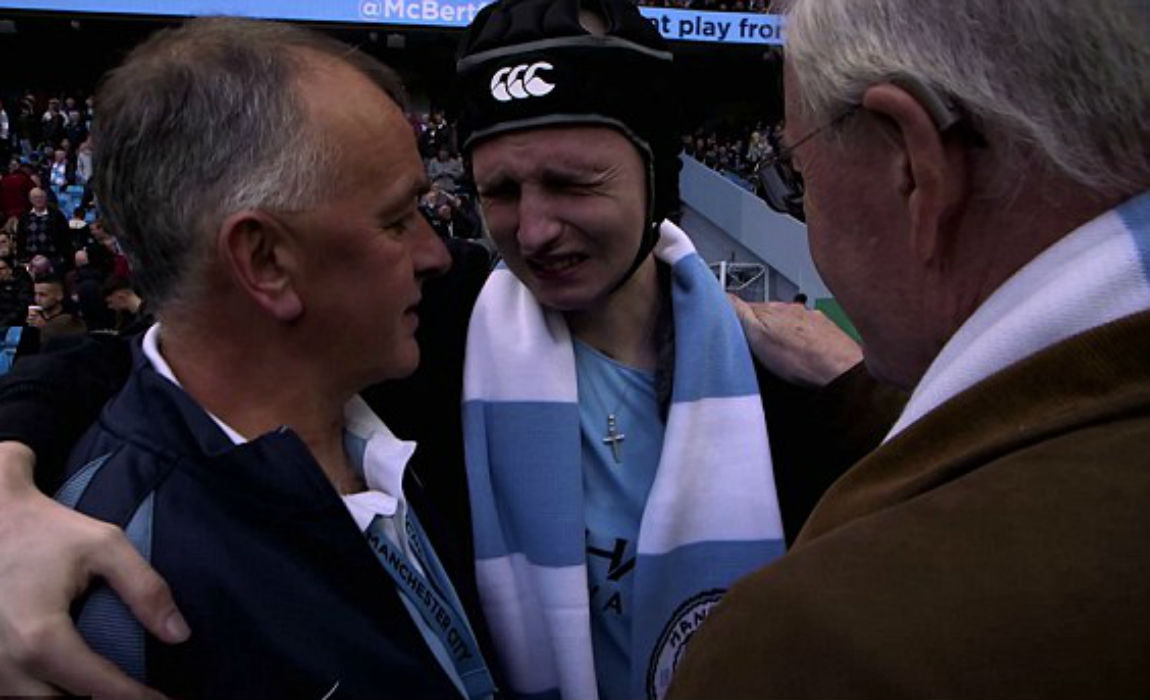 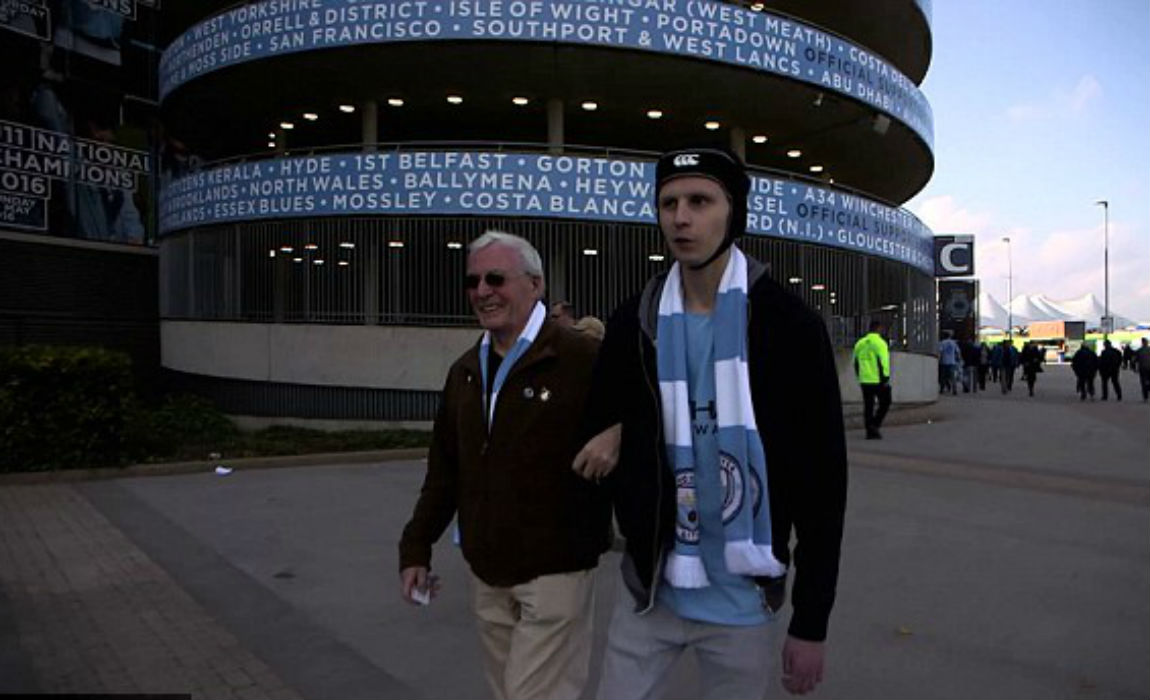 Elliott said, “It’s so important for me to go to the games, I really enjoy coming with my family. For me, it’s important to keep going – you can never keep me away from the Etihad!
‘It’s been great to see the players training and meeting everyone, fantastic really, I feel really honoured. Thank you, I’m so lucky and I didn’t think I’d ever get to this point.”