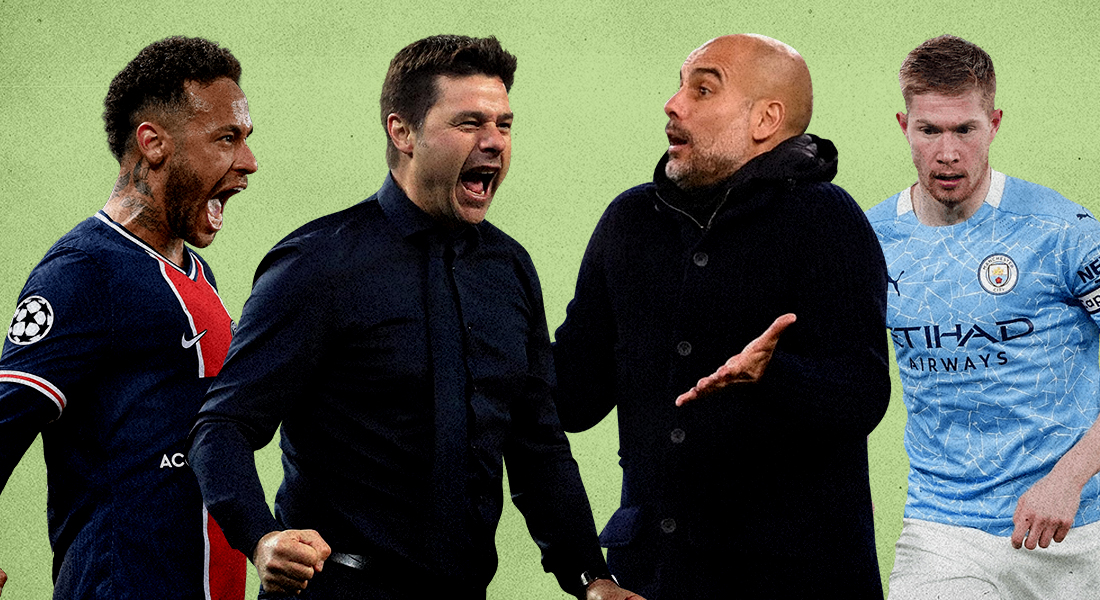 This is the battle of the cash-rich clubs at the highest level of club football. This is Sheikh Mansour Vs Nasser Al-Khelaifi, the United Arab Emirates Vs Qatar. Both Manchester City and PSG are the only state-owned clubs on the planet, and both of them aspire for something that has eluded them since time immemorial – European glory.

But this Tuesday these clubs will be squaring off in Cottonopolis for a place in the 2021 UEFA Champions League Final – which will be held later this month in Istanbul. FootTheBall takes a look at the chances of both teams ahead of the second leg of their semi-final tie at the Etihad Stadium in Northwest England.

Who are you backing now to reach the final in Istanbul? 🇹🇷🏆#UCL

Pep Guardiola has no injury worries ahead of his team’s crucial semi-final second leg against last season’s runners-up. The players from the blue half of Manchester have a clean bill of health going in to this match against PSG . They will be raring to go to book a maiden appearance in the European Cup final.

On the other hand, Pochettino had to drop Kylian Mbappe from the PSG squad at the weekend due to the Frenchman sustaining a calf injury. Ever since then, Pochettino has been hopeful that the World Cup winner will feature for the French champions during midweek in England.

For the Sky Blues the player who can make a difference is the Belgian playmaker Kevin De Bruyne. The former Chelsea player has been instrumental for Guardiola’s side throughout the season and even scored the equalising goal in the semi-final first leg in Paris – a goal that marked the beginning of the turnaround in the game. On Tuesday too, De Bruyne will be pivotal if City aspire to qualify for and ultimately be triumphant in the UEFA Champions League final this season.

For Les Parisiens the player to watch out for is the Brazilian sensation Neymar. With Mbappe’s apparent calf strain, the onus will be on the former Barcelona player to overturn the one goal deficit for the French champions in Manchester. He has been outstanding in Europe for PSG this season – scoring six goals and creating three others in eight matches in the Champions League – and PSG fans will be pinning their hopes on the world’s most expensive football player once again to see them through into the UEFA Champions League final for the second time in as many seasons.

Manchester City are leading 2-1 against PSG coming into the semi-final second leg and have two crucial away goals in the bag. Les Parisiens will have their task cut out in Manchester on Tuesday evening as they need to win by a margin of at least two goals to advance to the title decider match in Istanbul. Pep Guardiola’s team, on the other hand, can even afford to lose 0-1 and still progress to the final on the away goals rule.

As such, it will be interesting to see how this match pans out as both the teams will go full throttle to ensure a place in the UEFA Champions League final later this month. FootTheBall’s prediction for this match is: Manchester City 1 – 0 Paris Saint-Germain. (Manchester City win 3-1 on aggregate).

Also, did you know, #PepperTheGolden agrees with us on this with his latest set of predictions.