Quadruple Out! Treble In? 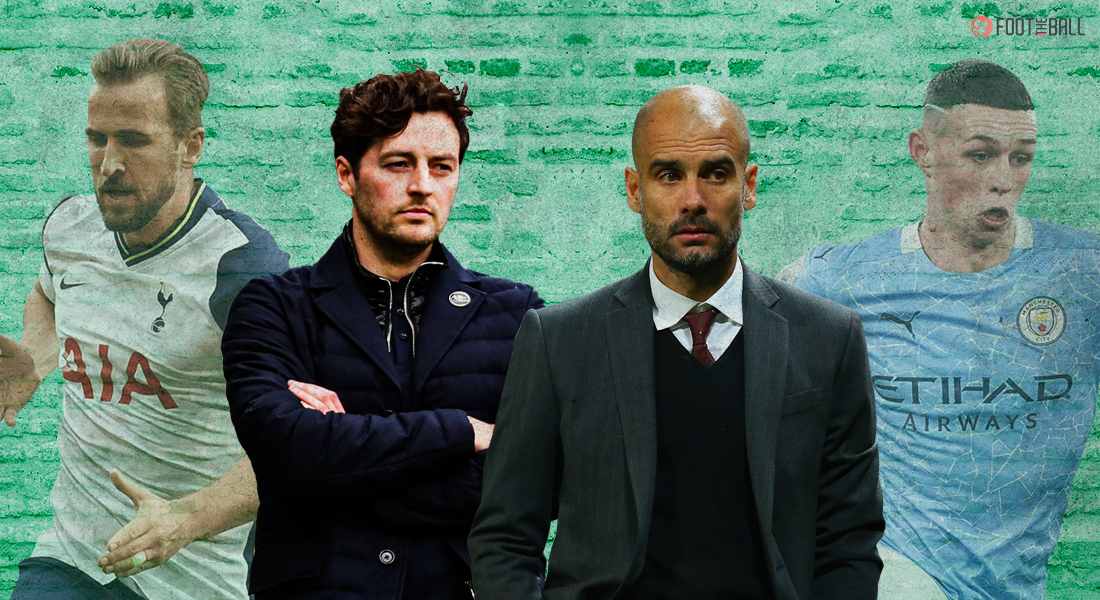 Seven-time Champions Manchester City are set to face a manager-less Tottenham Hotspur in the final of the Carabao Cup on Sunday as they look to lift their fourth consecutive league cup trophy.

A week after losing an FA Cup semi-final at Wembley, Pep Guardiola’s return as hot favourites to win their eighth League Cup trophy in their history.

While City have been rampant since Christmas, winning 29 of their last 32 matches in all competitions, there has been a slight dip in form recently, with two of their three defeats in that run coming in the last four matches, against Leeds United in the Premier League and Chelsea in the aforementioned semi-final.

For Tottenham though, the week has been a turmoil after Jose Mourinho was sacked from his role as head-coach. Although it was earlier rumoured that Mourinho was sacked after he went against the proposal of the European Super League of which Spurs were a founding member, it was later confirmed that he was relieved from his job due to the performances of the squad not being to the level that was expected and that a new face was required to take the club forward.

José Mourinho sacking is not linked to Super League… and he’s never refused to take training today. He’s been fired because of results and no nothing else. ⚪️🚫 #THFC

Mourinho was replaced by Spurs’ head of player development Ryan Mason as interim head-coach until the end of the season.

Both teams come into the fixture with 2-1 wins in the Premier League, with City having to come from behind to defeat Aston Villa, while Tottenham had to rely on a late penalty from Heung-Min Son to triumph over Southampton.

Manchester City’s Kevin De Bruyne will have to race against time to be fit for the final as he recovers from a foot injury occurred during the FA semi-final against Chelsea. With back-up goalkeeper Zack Steffen confirmed to start ahead of Ederson, Sergio Aguero and John Stones are set to miss the game due to a muscle issue and suspension, respectively.

"It was less than we expected. Yesterday he felt much much better. If he's not ready for the final on Sunday, maybe he will be ready for the Champions League semi-final." 🔵 #MCFC pic.twitter.com/KDwd73ECI9

Tottenham, on the other hand, will be hoping that Harry Kane returns to full fitness before the game, after missing the game against Southampton with an ankle issue.

While Matt Doherty is set to return to the first team after his muscular issues, Ben Davies is all but guaranteed to miss the final, as the left-back is struggling to overcome his calf problem that was sustained during the previous international break. 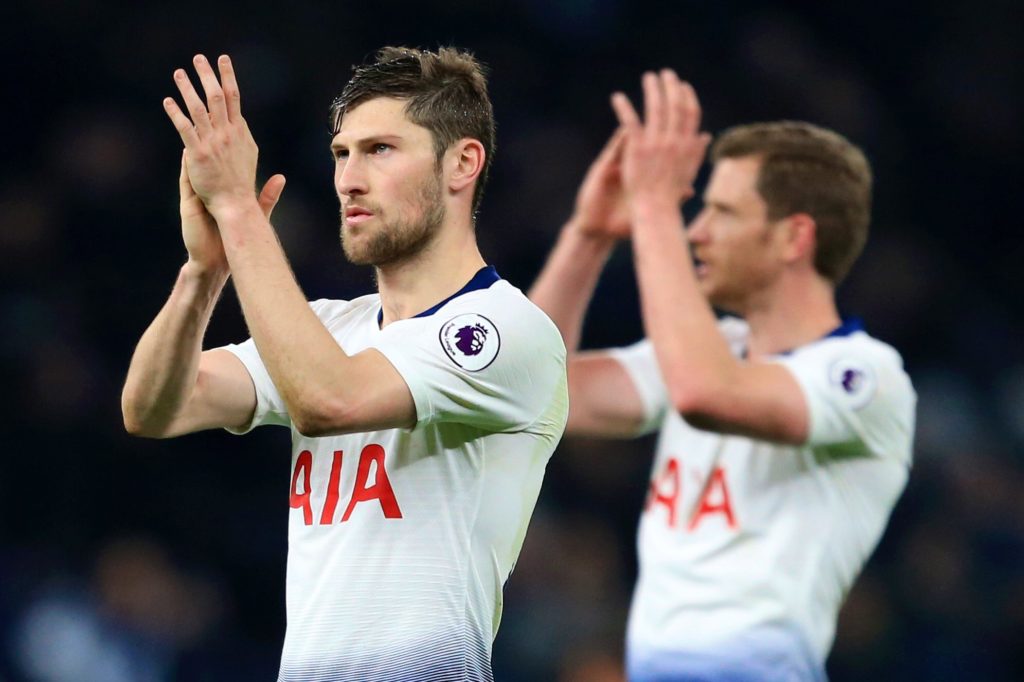 Davies is set to miss the final after facing obstacles in his recovery from a calf problem. (Image Courtesy: Tottenham Hotspur / Twitter)

Although Manchester City is not a side that depends upon a certain player for breakthroughs, everything right now for that side goes through Phil Foden, with him either playing a huge part in the build-up of attacks or him being at the end of them scoring the goals.

50 – With his goal against Aston Villa last night Phil Foden reached 50 combined goals and assists for Manchester City (29 goals & 21 assists). He is the only player to record 50 goal involvements for Pep Guardiola before turning 21. Blessed. pic.twitter.com/Fh57YjFZ8m

The 20-year-old has grown from being a squad player into being the first name on the team sheet and Guardiola will expect youngster to continue his dazzling form against Spurs in the final.

Literally the opposite of City, Tottenham heavily rely on their talismanic forward Kane and that can be seen in the English star’s numbers for the season, which have been through the roof. 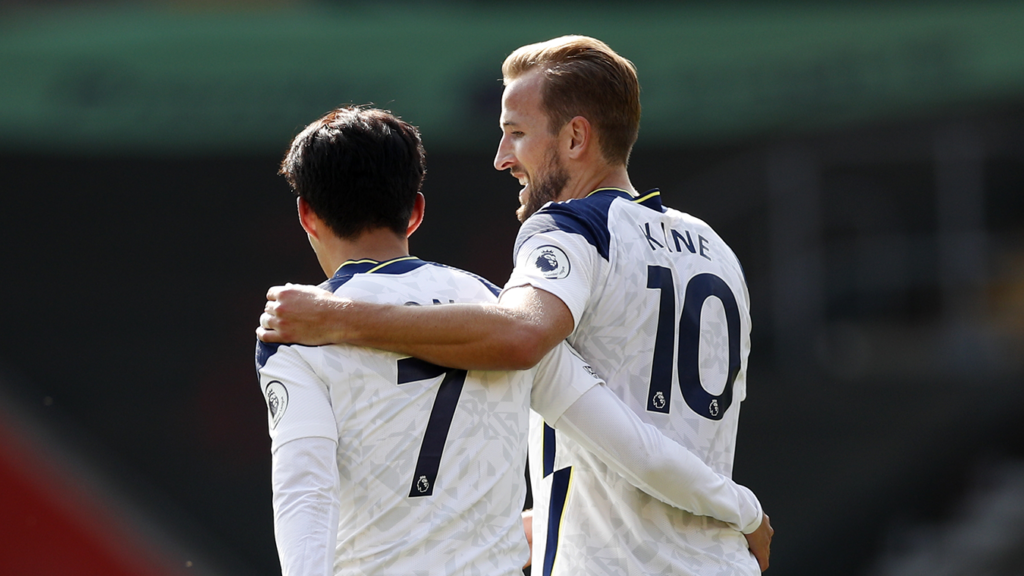 Tottenham will depend upon the partnership of Kane and Son for breakthroughs in the final. (Image Courtesy: Premier League / Website)

His chemistry with Son will play a vital part in the final and with players like Eric Lamela, Dele Alli and Giovani Lo Celso in their ranks, Spurs will fancy their chances if City mess up something in their defensive third.

If there was one match that was a must-win for Spurs, it is this final in the present circumstances and Jose Mourinho would have the exact fit for these kinds of games, given his track-record. But with him replaced, the onus falls on the inexperienced Ryan Mason to do something that his club haven’t done in 17 years, win a trophy.

City, however, are still the favourites to win the game and the trophy, as this could be the platform for them achieve a treble. With the Premier League virtually wrapped up and a first Champions League in front, Guardiola and his men will not hold back to have a treble against their names, hence, FootTheBall says, Manchester City 2-1 Tottenham Hotspur.