TO BUILD A HOME 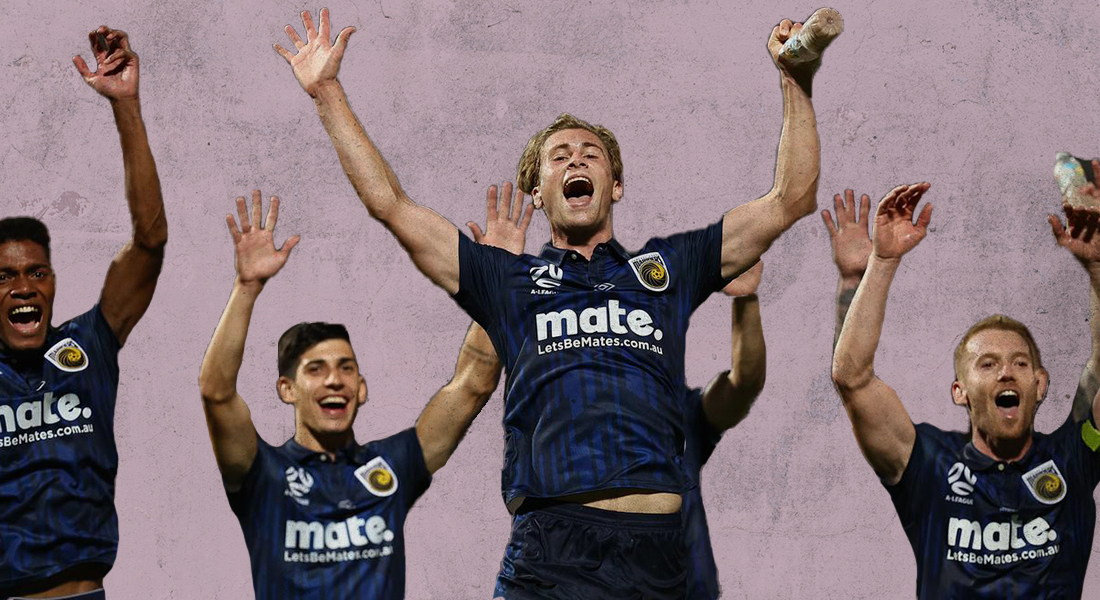 Manchester United’s administration has in recent years angered several of their club’s fans. A lack of willingness to invest, taking dividends throughout the pandemic, and burdening the club with debt are just some of the outrageous actions that the Glazers have taken in recent times.

This time however, it is not the Red Devils fans that are upset by the Glazers’. They have now managed to anger Central Coast Mariners fans, half a world away. The Manchester club is reportedly in talks to buy out the A-League side and relocating them.

Here's an update to the #ALeague ladder with a couple games left to play in Matchweek 16, presented by Bunnings Warehouse 🪜 pic.twitter.com/6vJTZPvtL3

The team based in New South Wales have been a part of the A-League since its inception in 2005. Owned by Mike Charlesworth, an English telecom millionaire, the club has struggled financially in recent years. Although the side is first in the 2020-21 A-League season, their best finish in the past five completed seasons has been eighth.

Relieving win last night a reward for hard work, professionalism and mental toughness in crazy times last night. Emphasised by the news that Mike has decided to depart the club. Stay strong Mariners fans this is a daunting but hopefully exciting part of our wonderful history.

In 2020, Charlesworth announced that he will be parting ways with the Mariners and has been looking for investors since. Talks were held with First11 Capital, a Singapore based consortium and Abdul Helou, a Sydney businessman but a deal did not materialise.

The English giants have held lengthy discussions with Charlesworth, as club chief executive Shaun Milelekamp revealed, over purchasing the team and making it their sister club. It has also been reported that if the deal goes through, United will be looking to relocate the Mariners to Sydney. It is this expected move that has caused considerable outrage.

“Meetings” have happened with loads of clubs around the world and it is normal when the club is up for sale. But speculations are nothing more than speculations and its important like in the pre-season none of this distracts anyone at the club – it is just noise.#wontbackdown

The Mariners are not a big club and consistently rank towards the bottom end of attendance figures for the A-League. However, they are grounded in the community and have a loyal supporter base. A relocation would almost certainly alienate the majority of these fans who have already expressed their displeasure at the possibility.

Relocations of football clubs have almost never worked out, in Australia and around the world. Rangers had bought Northern Spirit, a club in A-League’s predecessor National Soccer League, changed the colours and relocated it and it went completely wrong. The Scottish giants disinvested quickly and the club folded soon after.

Closer to United’s home, Wimbledon FC decided to relocate to Milton Keynes in 2003 and subsequently lost all its supporters. The supporters decided to form their own team, Wimbledon AFC, and nearly two decades on the two sides compete in the same league – League One. Football clubs are community endeavours and no amount of money can buy local support.

The Glazers and United however don’t seem to be considering these factors. The club is attempting to go down the route of their neighbours Manchester City and its City Football Group. The group owns clubs across the world but none of the clubs taken over – Melbourne City, Mumbai City, and New York City – have managed to capture hearts and develop an identity, irrespective of on-field results.

The Red Devils plan to relocate the Mariners to Northern Sydney, around 80kms away from their current home, the Central Coast Stadium. The takeover and subsequent relocation seems like a tactic being employed by the Glazers to further their own brand, at the cost of the Central Coast Mariners.

City Football Group require the above to assist their Fan Engagement team to build fan loyalty, growth and monetisation across all territories through understanding of their behaviours and needs.

The suburbs of Sydney would perhaps be a better market for Manchester United but it is not for the Central Coast Mariners. Football clubs are not vessels to be used for commercialization. Even the uber rich City Football Group understands that and invests considerable time and resources towards engaging fans. Glazers have already alienated Red Devils fans and the Australian FA would do well to prevent that from happening with the Mariners as well.