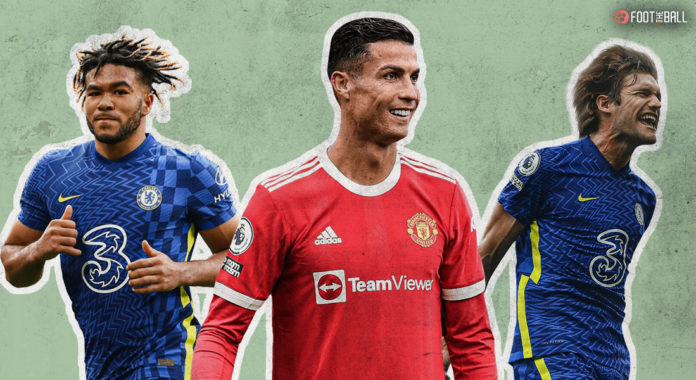 Two sides in need of points for their respective causes. Manchester United were hampered by the absences of Jadon Sancho and Harry Maguire. Chelsea had no such worry in terms of personnel.

It was the away side that started brightly. Reece James was a serious threat, bombing forward regularly. He tested the palms of David de Gea once while Bruno Fernandes had an easy header stopped by Edouard Mendy. N’Golo Kante had the next shot, straight at De Gea.

A strong opening from the lads! 💪

Kai Havertz had the best chance of the opening half-hour but hit his shot straight at De Gea from a one-on-one situation. Havertz had another great chance minutes later with his header being saved at point-blank range

United were struggling to get anything concrete going because Chelsea were not allowing them time. It was clear that they were relying on a moment of sudden inspiration. Thomas Tuchel will know his side could and should have been in the lead at halftime.

We've had more in the way of chances but still all even! ⚖️#MunChe pic.twitter.com/grSQqQ3KM0

The second half was more of the same with Chelsea dominating possession. The opener eventually arrived just before the hour mark. James’ cross was flicked over by Havertz straight into the path of Marcos Alonso who volleyed home. However, that expected lead survived less than two minutes. Kante sloppily gave away the ball to Nemanja Matic whose chipped pass allowed Cristiano Ronaldo to take a touch and fire his volley into the net.

James was a constant menace, hitting the post with a left-footed as the clock hit 80 minutes. They had further chances but continued messing up in the final third. Alejandro Garnacho came on for his Premier League debut but it made little difference. It finished all square with Chelsea far less happy. The result feels much more dire for United, given their precarious position.

United hold on to get a point

Once again, this was not a great performance from United. It was not pleasing to watch. However, they did what they tried to do and managed a draw. For most of the game, it seemed like only a matter of time before Chelsea would score. The Blues came close several times but De Gea was a brick wall. Once again, it was Ronaldo who bailed the Red Devils out. His expert finishing has been the reason why United are still near the Champions League places. However, the support has been abysmal. Bruno Fernandes and Marcus Rashford have been absolutely quiet in recent times. The defence has struggled, especially Alex Telles. Ralf Rangnick has spoken frankly of what needs to be done in the summer but the problem is there are still three games left.

It really should have been three points on the road for the Blues. They out shot United by a lot. Havertz, Mount, James were all guilty of missing solid chances. Tuchel was cutting an extremely frustrated figure on the sidelines. The right wingback was the most dangerous man on the pitch, regularly getting the better of Telles. Eventually, the goal did arrive through Alonso and it was just rewards. However, Chelsea will be disappointed by how easily they conceded within seconds. The ever reliable Kante was at fault with two poor touches at clearing his lines. Mendy had no chance from Ronaldo’s shot and they wasted further chances to take to regain the lead.

Same old for the table

Chelsea remain third, United remain sixth. The Red Devils are now five points behind Arsenal who have two games in hand. Meanwhile, Chelsea are all but certain of finishing third. They have the FA Cup final next.