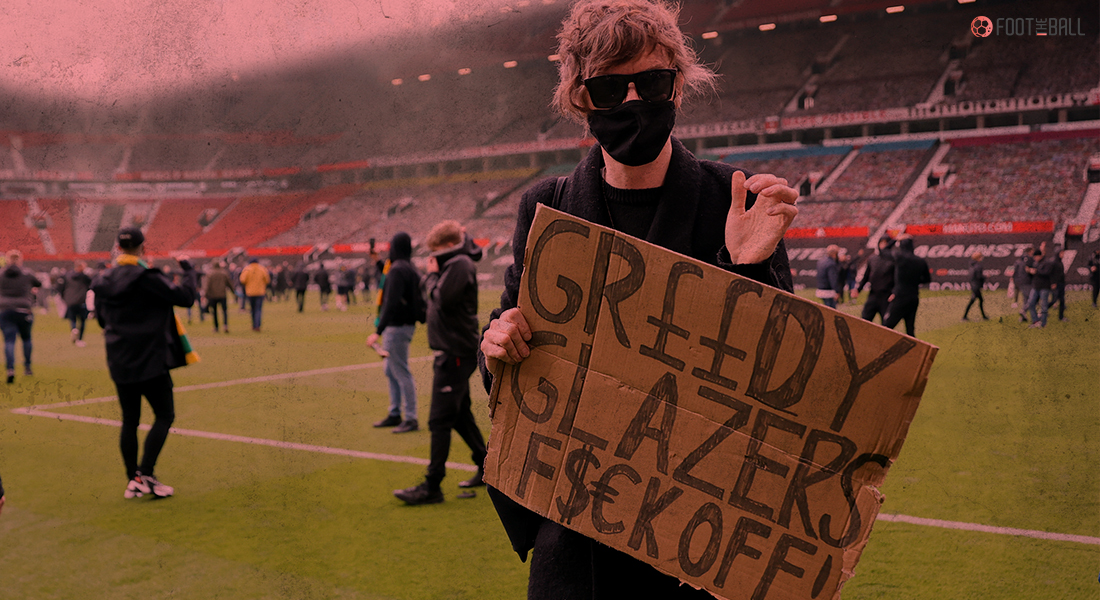 Manchester United fans have broken into Old Trafford as part of their protests against their owners, the Glazers, ahead of the team’s match against Liverpool on Sunday. As a consequence, the Premier League has made a decision to postpone the match. The situation was assessed with respect to both physical security and the potential for a Covid-19 breach and the league decided that the match cannot be played out today.

This might be done. Mounted police now by the East Stand pushing back fans. pic.twitter.com/Lek7Syb8A1

Close to 10,000 fans were expected at Old Trafford as part of the planned protests against the Glazers and some of them found their way onto the pitch. Fans were also spotted destroying broadcasting equipment. Extra police was deployed to push back the fans out of the ground and away from the stadium.

The protests come in the wake of the European Super League debacle wherein United were not only among the founding members but were reportedly amongst the ringleaders. Red Devils’ supporters however have not seen eye-to-eye with their owners ever since the club was taken over in 2005.

We are LIVE now with updates on the protest and build-up to the game, after a couple of the lads have returned to keep you updated!

Don't worry we still have people there to provide us with footage and more! #GLAZERSOUT pic.twitter.com/WL7F4eROrY

The sale of the club in 2005 was severely controversial as the Glazers immediately put a substantial amount of the sale amount as debt against the club. Effectively, they spent negligible amount for the controlling stake at the club. Since then, things have only gotten worse and the Super League event was the tipping point for the fans.

Liverpool, Arsenal and Tottenham fans have all protested against their owners in recent weeks but no protest has been this large in scale.

THE MOOD AT OLD TRAFFORD

United fans had planned protests for this tie over a week ago and people have turned up in good numbers. The supporters were singing songs in support of their manager and against the owners outside the stadium before a section of the fans breached the security to enter the stadium.

Protesters unified in their love of the United manager. pic.twitter.com/xPfdSdIRaB

Fans have also brought flares with them and footage has emerged of these being fired up inside the stadium. Green and yellow is a popular colour at Old Trafford today, a symbol of United’s history and a token of dissent against the Glazers.

A rescheduled date for the match will be issued later by the Premier League.