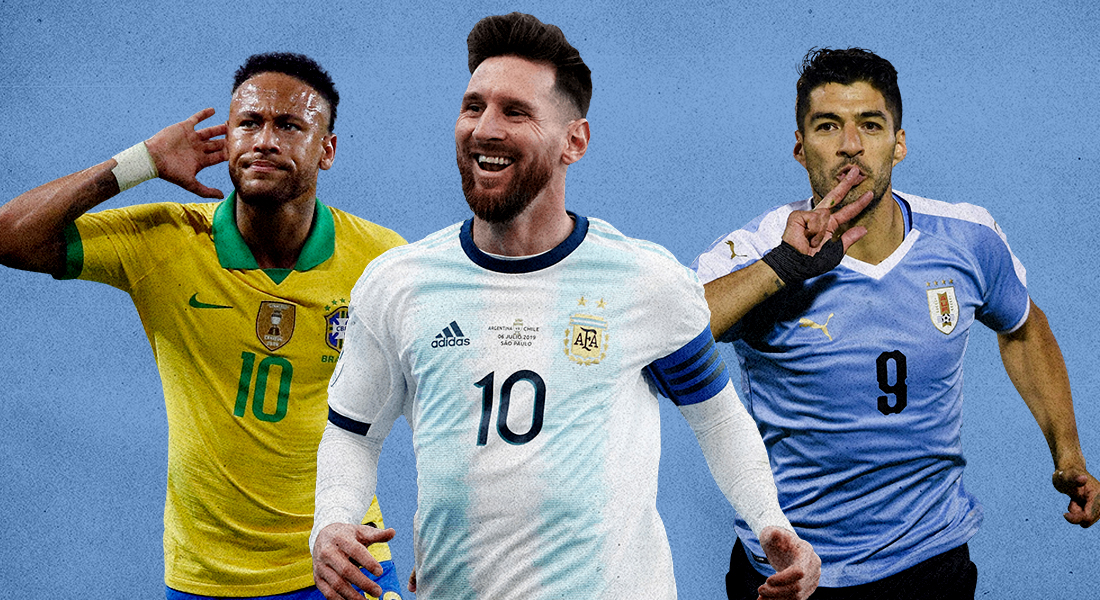 Copa America 2021 is fast approaching us. The gala event in South America is the oldest national teams competition in the world. The tournament has entertained us immensely in the previous editions. As we approach the tournament FootTheBall presents you with 5 facts you must know about it.

For the first time in its hundred-year history, Copa is being conducted in two countries simultaneously. Argentina and Colombia were announced as the co-hosts back in 2018. It was hosted across the continent last in 1983.

The tournament was also exceptionally hosted in the United States of America in 2016. For the first time, it was hosted outside of South America. It’s usually hosted in a single country in the CONMBEOL federation

2) SHIFT FROM ODD TO EVEN

Copa America moved from odd years to even years following the 2019 edition. The 2020 edition was supposed to mark this shift to even years of the tournament. The next tournament which was Ecuador 2024 was following the even sequence. However, the covid pandemic resulted in the event getting pushed back by a year.

There will be Copas América in consecutive years next year and the year after, because FIFA have approved a CONMEBOL request to move the tournament from odd- to even-numbered years, coinciding (/clashing) with the Euros. No word yet on who'll host in 2020. https://t.co/BQvlbbPTbQ

The reason for this shift is quite simple. CONMEBOL wanted its mega tournament to be in line with UEFA Euros. 2020 could’ve seen both Euros and Copa take place on the same dates. This would make life easier for the players participating in these events.

Guest nations have been a regular feature at the Copa America since 1991. Two teams from other federations were invited to give the tournament a standard format. They also brought in viewership from various parts of the world. The guest teams would also exit before the knockouts as they are relatively weaker.

Despite their last title coming in 2011, Uruguay still remains the top dogs at the Copa with 15 titles. Much credit can be given to their initial success in the tournament in the 20th century. They once again enter the tournament as favorites this time with Luis Suarez leading the charge.

They are closely followed by Argentina by 14 titles. The Albiceleste haven’t been the strongest contenders at the recent editions. But they possess the star power of Lionel Messi who can single-handedly decide games.

Brazil have been one of the best national teams in the world currently. Having won the 2019 Copa they have 9 titles to their name. The Selecao have world-class players across the pitch and their squad depth is enviable. They once again enter the tournament as strong favorites to defend their crown. Neymar jr who missed the 2019 triumph will be looking to lift the title this time. His talents would come in handy for Brazil at the Copa America 2021.

Colombia, the other host nation is another contender for the title along with Chile. Darkhorse like Paraguay and Ecuador will try to make their mark.

Copa America 2021 may be the final chance for Lionel Messi to win the coveted title. Having enjoyed unparalleled success in his club career, international success is what eludes him. He has been close to the Copa success. Two defeats in the finals have left him heartbroken.

There was so much pain that he retired from the national team only to make a comeback once he was alright. This time he seems pumped. After having a mixed start to the campaign, Messi exploded in the middle. He got back to his dazzling best and is leading Barcelona to a league double.
He also has better support this side in the national team with stars like Lucas Ocampos, Rodrigo de Paul, Paulo Dybala, Alejandro Gomez. This might be the last chance to win the continental crown as he approaches the final stages of his career. We are in for the Last Dance from the Argentine number 10.

This tournament might also be the last appearance at the Copa for legends of the game such as Luis Suarez, Thiago Silva, Edinson Cavani.