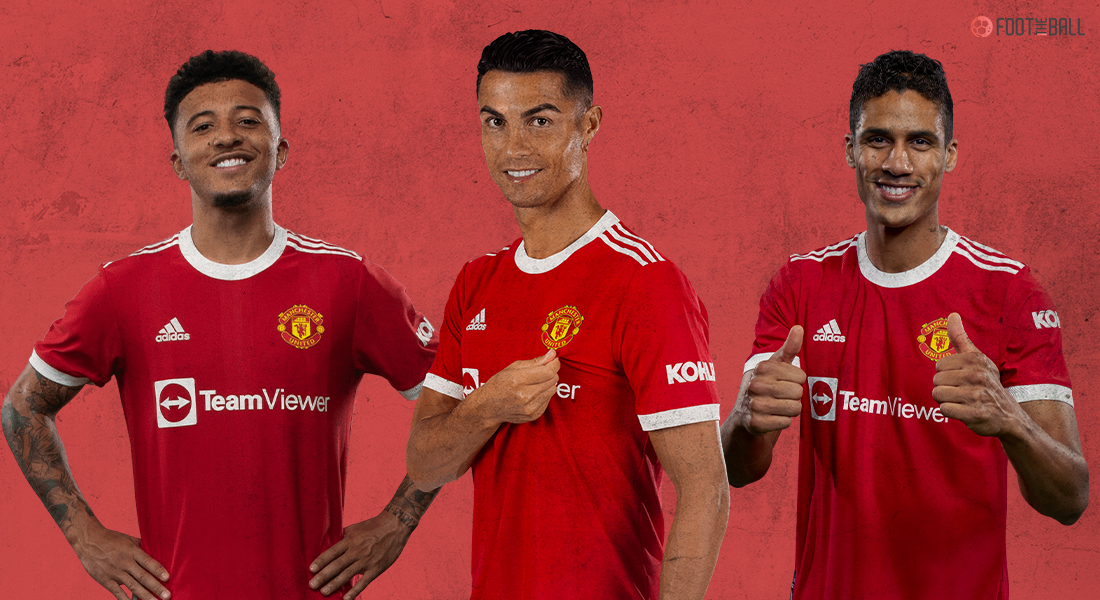 Manchester United have finished their shopping for the summer of 2021, bringing an end to a two-month transfer period in which considerable reinforcement was brought into Ole Gunnar Solskjaer’s roster.

After finishing second in the Premier League and runners-up in the Europa League last campaign, Manchester United have strengthened their squad in preparation for a title challenge this season.

Following multiple transfer windows in which Manchester United appeared to be unprepared and hastily acquired players, it appears that the club has finally managed to implement a systematic approach to their transfer dealings.

A silverware of any type would have done the trick in the Solksjaer’s initial two seasons in command of the Old Trafford, but following probably United’s finest fruitful transfer window since Sir Alex Ferguson’s departure, expectations have risen significantly.

United have just kicked off their fifth season in a row since they last landed a trophy at Old Trafford. A single campaign without any title is considered a failure for a team of such magnitude, and the Red Devils would be more than eager to snap their trophy drought this season.

Man United now hold the record for the most Premier League away games unbeaten (28).

With that being said, let’s take a closer look at how successful United’s transfer window has been this summer.

This transfer window has been reminiscent of the very first transfer windows under Louis van Gaal and Jose Mourinho: declarations of purpose and high-profile acquisitions. Under Ole Gunnar Solskjaer, The Red Devils have been much more methodical than Van Gaal’s haphazard purchases, and they have largely sought younger players than Mourinho. Although, they then ditched their approach in favor of “someone special”.

The prospect of Cristiano Ronaldo heading back to Manchester – although to compete for the Cityzens – spurred United’s heist for their former no.7. The Ronaldo homecoming is by far the most cataclysmic acquisition in Red Devils’ existence, with one of the best players of all time coming to a club he departed from more than a decade ago to resurrect the heydays.

And the fact that United re-signed their superstar for less than £20 million exemplifies how far the club’s recruiting has progressed in recent years.

Fair to say, Ronaldo has not shown any signs of slowing down. In the previous campaign, he outperformed Romelu Lukaku in Serie A, and no one scored more than Ronaldo at Euro 2020.  He will keep scoring in England; the concern is will his efforts be accompanied by silverware.

Manchester United made other fascinating acquisitions as well in addition to Ronaldo. The two priority areas to strengthen were center-back and right-wing, and the Red Devils pounced on their attractiveness to Jadon Sancho and Raphael Varane.

Jadon Sancho was United’s first major signing of the summer, although the deal had been in the works for a long time. The previous year was rife with speculations tying him to a transfer to Old Trafford, and after eventually reaching an agreement with Borussia Dortmund, the club secured their long-desired player.

Over the previous seasons, the Red Devils have been lacking in imaginative and technical wingers who can disbalance opposing defenses, set up their teammates, and provide the end product as well. With Sancho now a Red Devil, they have now acquired one of the finest players in the game, who will be tasked with helping them become stronger Premier League title favourites this season and in the future.

Manchester United only added to their lucrative transfer window by completing the acquisition of the experienced center-back Raphael Varane. And fair to say, Manchester United struck a bargain deal when they purchased a serial winner like him for just £43 million.

After a stellar decade with Real Madrid, where he achieved considerable domestic and European success, the Frenchman brought his talents to Manchester in quest of a new challenge.

The Red Devils were interested in the defender back in the days when he was a teenager, but a deal could not be struck. However, it is better late than never, since Manchester United is acquiring Varane during his absolute peak. He’s still 28 years old and has a great amount of expertise and experience under his belt that any Premier League team would covet.

Last season, United held a respectable defensive record – with the exception of a handful of matches in which defensive flaws were plainly apparent. However, there was always a missing piece in the Red Devils’ backline, with Harry Maguire constantly having to adjust to numerous defensive combinations. But they have ultimately secured a world-class defender to complement and enhance captain Harry Maguire’s capabilities.

In addition to Ronaldo, veteran goalkeeper Heaton is returning to Old Trafford.  The shot-stopper has returned to the place where his journey started, 11 years after departing.

With the arrival of superstars such as Cristiano Ronaldo, Sancho, and Varane, numerous players had to reassess their future and find a route out of Old Trafford, with the majority of the departures being on loan.

Javier Hernandez, Alex Butner, and Daley Blind are the other three players United have transferred for a profit since Ferguson’s retirement.

In terms of permanent departures, goalkeeper Joel Pereira (RKC Waaljwik) was among the first to negotiate a deal with a new club while the veteran goalkeeper, Sergio Romero was released by the club.

Several loan deals away from Old Trafford were completed during the transfer window, with Tahith Chong heading to Birmingham City for the season after spending some of the pre-season with the Blue Devils and even scoring in their first friendly against Derby County.

Other loan departures include Andreas Perreira who has returned to his native country to play for Flamengo for the campaign. Full-back Brandon Williams also switched to newly-promoted Norwich City for the season.

Manchester United messed up previous transfer windows with desperate and panic “big-name” acquisitions. And, predictably, several of those signings didn’t measure up to the hefty price tag they were lured in for.

However, Ole Gunnar Solskjaer’s team has successfully purchased Cristiano Ronaldo, Raphael Varane, and Jadon Sancho for less than £125 million – a remarkable low cost when you contemplate the experience and expertise arriving in Manchester. Manchester United, without a shadow of a doubt, have done fantastic business this summer by employing a far more strategic approach to recruit players and doing it at a reasonable price.

What would you rate United's summer window out of 10? #mufc pic.twitter.com/VxSQhA1HXj

The Red Devils were in dire need of reinforcements at the center-back and the right-wing position. And filling those voids with Varane and Sancho respectively, fair to say, United hit the jackpot.

Moreover, with attacking options such as Edinson Cavani, Marcus Rashford, Mason Greenwood, Anthony Martial, and Jadon Sancho, a new striker was not the highest priority; however, with Cristiano Ronaldo making a sensational return to Old Trafford, everyone linked with the club will be given a massive uplift.

Of course, fans would have loved a defensive midfielder who can sit in front of the defense and break up play when needed, but it is fair to say that this transfer window has been pretty successful and one of the finest for Manchester United.