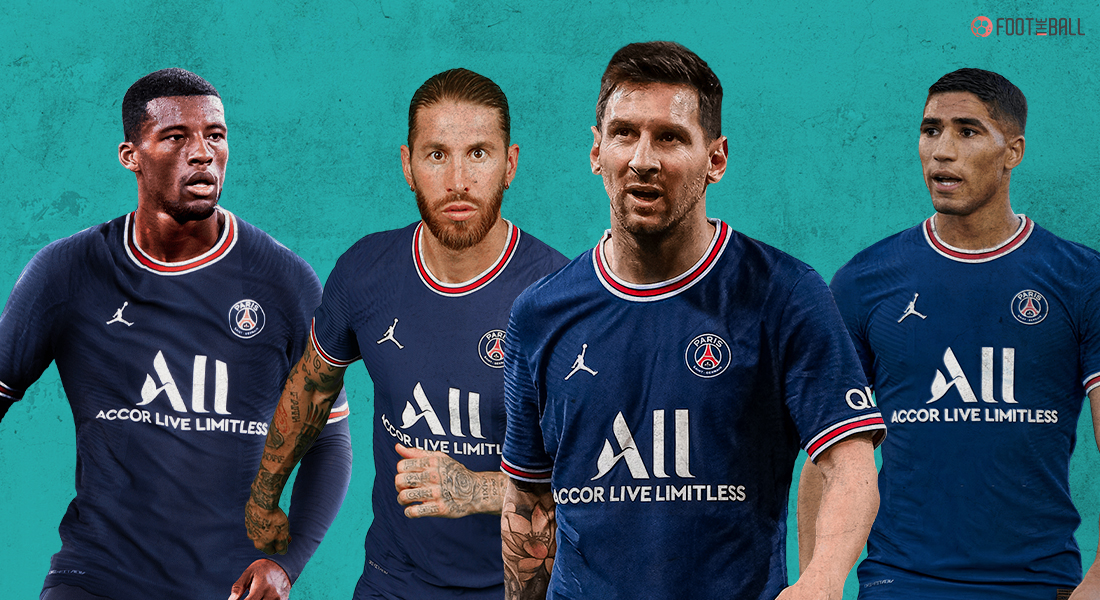 The transfer window slammed shut after seeing millions of Euros switch hands. The transfer grind finally stops now with agents and managers catching a breather after two months. This window has seen some transfers were unperceivable a few months ago. Standing in the thick of the madness this transfer window is PSG. The Parisians splashed the cash to assemble one of the best ever teams in the history of the game.

Paris Saint Germain entered the market like a wounded animal. The Parc Des Princes outfit’s ego was bruised when Lille beat them to the league title last season. Their monopoly in the league was questioned and the ever-elusive Champions League slipped away once again. To not let that happen again, they made the best use of the transfer window.

Rarely a team could add so many high profile signings in one window. Funds weren’t a problem in a pandemic riddled market for the state-owned club. They picked free agents and signed players as well. Wijnaldum, Ramos and Donnarumma were signed on a free before the biggest transfer.

Lionel Messi was sensationally signed as a free agent after Barcelona failed to re-register him. Hakimi was signed from Inter as the new right-back and they were active till the deadline day to sign Nuno Mendes to pair Hakimi on the opposite flank.

Paris Saint-Germain is delighted to announce the signing of @nunomendes_35. The Portugal full-back arrives on loan, with option to buy, from Sporting CP until 30 June 2022.

PSG added extra shine to their transfer window by keeping Kylian Mbappe. The French superstar whose contract is set to expire next summer was subject of interest from Real Madrid. PSG resisted those attempts and would now focus on getting Mbappe to sign a new deal.

FootTheBall takes an in-depth look at PSG and their transfer activity and passes the verdict on how they performed in the window.

PSG were a top-heavy team last season with hitters like Neymar and Mbappe scoring for fun. Besides they needed guile and creativity from the midfield to outsmart low block teams and in high-pressure games. Wijnaldum was snapped from Barcelona’s grasp to add solidity to the midfield.

Then in a major move, Sergio Ramos was signed to bring his four-time Champions League winning experience. Gianluigi Donnarumma, best player at the Euros, was sought as an upgrade on a world-class Keylor Navas.

Lionel Messi was having trouble registering with Barcelona due to the La Liga salary cap. PSG were the only option for Messi’s stature and wage demands. The city of Paris came together to receive Messi and it was wildly celebrated when he was announced.

Attacking full-backs are a must for any world-class side. Winning European trophies definitely takes two of them on opposite flanks. Achraf Hakimi, in sublime form since the last two years, was signed from Inter in a blockbuster deal. Hakimi expectedly started scoring and assisting in the new league already.

An upgrade was needed on the current left-back option Juan Bernat. A deadline day loan signing was done to deal with that. Highly rated Nuno Mendes from Sporting was signed on a loan deal with an option to make it permanent. This signing completed a sensational squad from top to bottom.

Danilo Pereira who had an impressive spell in the French capital was signed on a permanent deal from Porto.

With so many incomings, PSG needed to create space within the squad. Also, the youth had to be sent out on loan as the pathway into the first team was virtually closed. Understandably there were not many sales, but only loans of fringe players.

Pablo Sarabia who had a fruitful Euros with Spain was deemed as surplus. The winger was loaned to Portuguese champions Sporting. Moise Kean enjoyed a successful spell with the Parisians on loan from Everton. With the signing of Lionel Messi and Mbappe staying they decided against courting Kean’s services again.

Alphonse Areola meanwhile is continuing his loan streak. The French shot-stopper headed out on a third successive loan. After spending the previous season at Fulham, he returned to PSG. Despite impressing in England, he didn’t get his chance as PSG were stacked with keepers. Hence another loan move to the Premier League with West Ham materialized.

Other youngsters like Tinothee Pembele and Arnaud Kalimuendo were loaned out to fellow French clubs to continue their development.

Mitchell Bakker, the impressive Dutch left-back, pushed for a move away and was sold to Bayer Leverkusen. PSG inserted a buy-back clause in the deal as they were aware of his potential. Dortmund, famed for poaching young talents, pried away Abdoulaye Kamara from them.

In a transfer window where teams struggled to spend, PSG flourished like never before. They have been aggressive in the market trying to address the shortcomings in their squad. A solid defensive spine was refortified with Ramos. Wijnaldum brings mobility to the midfield and Messi is a wild card and can win games on his own.

Much of their success also came from the contract extensions and holding down players. Neymar Jr extended his contract last season itself meaning Mbappe is the only one yet to be tied down. PSG were stubborn in the transfer window as Real Madrid tested their resolve with multiple mega-deals. They would look to get him to commit his future to the PSG project for the long term.

With Mbappe staying, this is definitely one of the best teams assembled in the history of the game. The trio of Messi-Mbappe-Neymar would terrorize defenders on the pitch as PSG look to conquer France and Europe again.