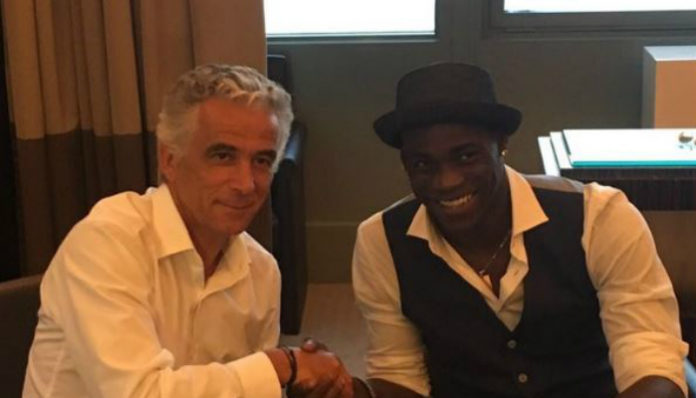 Mario Balotelli was a happy man on Wednesday, as the 26-year-old Italian international signed for French side OGC Nice from Liverpool on a free transfer.

But, finally Balotelli has something to smile about, and smile he did. The 26-year-old posted a video of him strolling a firework lit Nice late last night.

Mario had been the subject of numerous rumours in the last few months. After a failed transfer to Liverpool, Mario returned to Boyhood club AC Milan to rejuvenate his career, but failed to impress Anfield boss Jurgen Klopp.

He however, did show signs of regaining form late in the season, but Klopp had made up his mind by then.

Mario looked very happy to have finally put the speculations regarding his future to bed, and the 26-year-old will want to build on from here.