FROM BAD TO WORSE 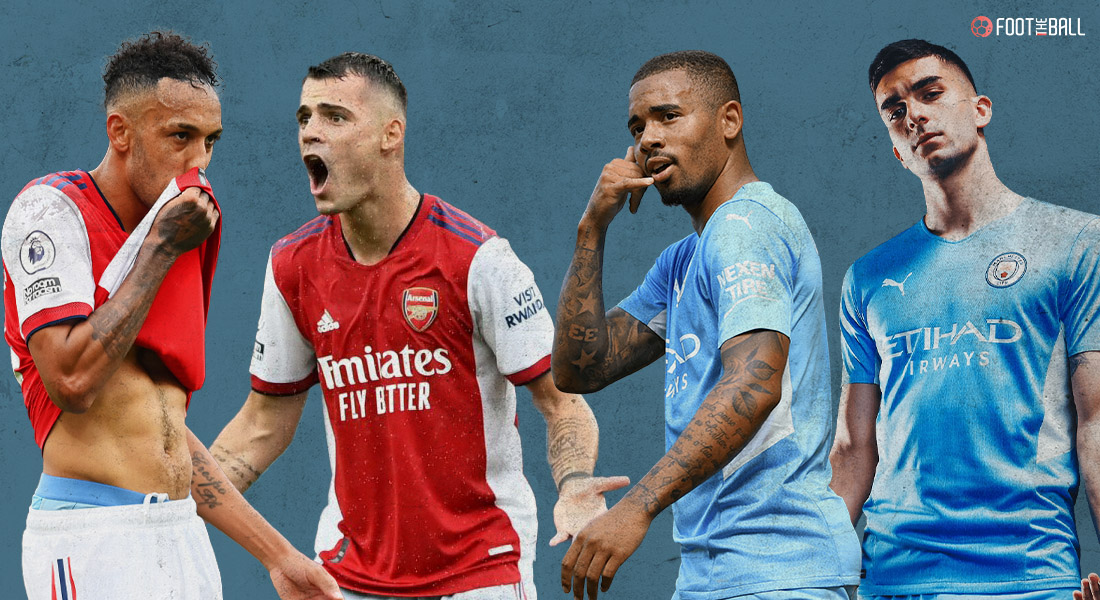 Manchester City won their 3rd game of the season, 5-0 against Arsenal as the home fans went home smiling even after a bad transfer window so far. Does Guardiola really need a striker to win everything this campaign?

Manchester City stepped onto the pitch more confident compared to their counterparts as they had a 5-0 win on their back against Norwich City. Arsenal on the other hand have lost both their opening games without even scoring a goal this season. Arsenal have been facing a lot of criticism and a win against the defending champions was extremely crucial for Mikel Arteta to revive his team’s morale. Arsenal won a cup game against West Bromwich midweek which has surely

Manchester City have failed to sign a striker this summer and the fans are getting restless already. Manchester City lost their opening game against Spurs by fine margins and a striker would have surely helped their cause. If Guardiola doesn’t sign a forward this summer, he will have to get good results and ensure the fans that they have got everything covered.

Manchester City got the opening goal in the 7th minute of the game after a beautiful cross pass by Gabriel Jesus was met by Gundogan’s head and the ball passed right through Leno’s fingers. Arsenal were just recovering from the early goal that they conceded another one. On the 12th minute, Bernardo Silva fired a long ball after a free-kick from far upfield and even though the box was filled with Arsenal defenders, the ball slipped right past them and Ferran Torres had a simple tap in. Manchester City got their 3rd goal right before halftime as Jack Grealish used his work on the ball and drifted past the defenders and found Gabriel Jesus in the box who finished the job for City.

A struggling Arsenal side lost Xhaka after he was shown a red card on the 34th minute. The player slid in with both his feet up in the air during a tackle on Joao Cancelo which cost him the suspension. Arsenal started the game well in the first 5 minutes but after that, everything went downhill for the gunners. Manchester City dominated the game and kept on pressurizing Arsenal’s underperforming backline. Arsenal were down and they were down bad for at least a goal in this difficult fixture as they headed back to their dressing room.

Manchester City kicked off the second half in a similar fashion as Rodri finishes the ball in the bottom right corner making it 4 goals to nil. Ferran Torres got his second goal of the day through a header after a brilliant cross by Riyad Mahrez in the 85th minute. Arsenal were down by 5 goals without scoring even 1 themselves. Arsenal had less than 20% possession of the ball and they never looked like a threat to Manchester City.

The home side didn’t stop attacking the Arsenal goal and the Gunners were left fending off the ball and couldn’t create anything up front. Arsenal haven’t scored a single goal in the Premier League this month, things have gone horribly wrong for them.

ARSENAL WERE TOO NEGATIVE

Mikel Arteta set off his team in a really negative way and that is the biggest flaw in Arsenal’s game plan. They set out a 3 Centre-Back formation and even their wing-backs were hardly seen attacking upfront. Losing the game in such a manner even after playing 5 players at the back shows you how far Arsenal is from their legacy. Since they were playing so defensive, no one was pressing for them upfront and they couldn’t attack in numbers as well. Aubameyang and Smith-Rowe were often left isolated when they were on the front foot which allowed the City defenders to be all over them. Arsenal’s possession stat for the second half was 9% by the end. They need to start putting effort into winning rather than trying to avoid losing.

TEAM CHEMISTRY GONE FOR A TOSS

The amount of confusion there among Arsenal’s players seems like they haven’t tried together in months. The defenders have no idea what to do when City attacks in overwhelming numbers. The second goal they conceded could have been easily avoidable but all 7 players in the box failed to clear a loose ball. They even fail to man-mark the opposing attackers which is why we saw City players wide open in the final third. We also saw 2 players covering 1 Manchester City player at times, there was no communication between the Gunners and it seemed like everyone were playing their own game alone.

Gabriel Jesus had a bad season last year but it seems like he has turned himself into a valuable asset in his new position. Jesus has been playing as the right winger for 2 games in a row for Manchester City and has provided 3 assists for his team since then. He made a couple of excellent crosses into the box and offers the width that stretched Arsenal’s defence thin. Jesus was even pressing really well and won possession in the final third a few times. Manchester City have made it clear that they have no intention of getting rid of Gabriel Jesus and it is clear to see why. Jesus’ influence on this Manchester City squad was extremely effective against Arsenal so much so that Grealish and Ferran Torres looked flawless in that frontline.