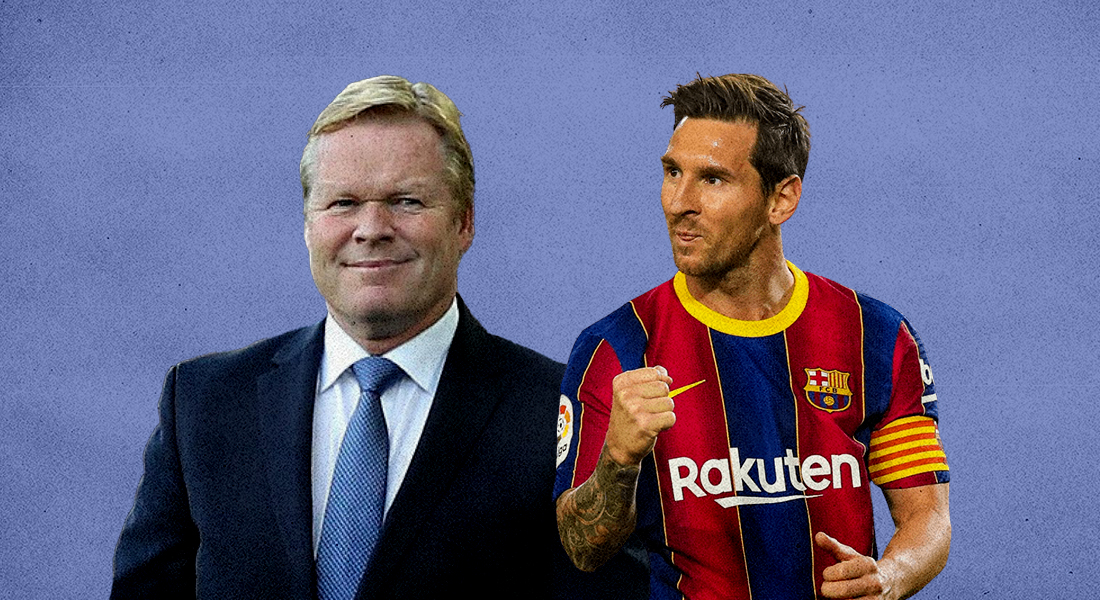 After a fanatic 48 hours that witnessed the European Super League being established and then shattered into pieces, there is another thrilling news coming from Camp Nou. If the reports are to be believed, Lionel Messi might sign a contract extension with the Catalans that sees him stay at Barcelona for 2 more seasons.

❗️Messi will sign a contract extension for two seasons. The signing of Agüero is also imminent.

There has been a lot of speculation about the Argentine’s future after the ‘burofax debacle’ last year. In the early months of the tournament, he still seemed to be out of sorts. Messi even acknowledged in an interview that the entire summer controversy played a crucial part in it. But the veteran has ironed it out with his new manager to bolster the team’s hope.

But since then, the ‘Atomic Flea’ hasn’t looked back. He had been on a coruscating form in the year 2021. The legend has scored 21 goals for his club in just 22 matches, assisting his teammates 8 times. But what’s more fascinating is that he has been creating clear goal-scoring opportunities for his teammates in every match.

16 – Barcelona’s Lionel Messi is the first player in Champions League history to score in 16 consecutive seasons; no player in the competition’s history has scored in more seasons overall than the Argentinian (16 – level with Ryan Giggs). Sweet. pic.twitter.com/aOTEPOcQYu

The 6th time Ballon D’or winner recently helped his team to end their trophy-less run. He produced a dazzling performance in the Copa Del Rey final as the talisman scored two beautiful goals and never looked like he was 34. The second half of the season had shown that the Blaugrana captain is always exhilarated and is ready to go all-in for the club.

It’s being speculated that if Sergio Aguero ends up at Camp Nou before the new season starts, Messi would surely stay at the club he has been a part of since childhood. Sergio Aguero decided to call it a day at City and a move to Spain might be the ideal situation for both the Argentines.

WILL MESSI SIGN THE NEW DEAL AND WHAT ARE HIS NEW DEMANDS?

A new deal, however, is no assurance, and according to Eurosport, Messi, who will turn 34 before the start of the upcoming term is awaiting guarantees from Barcelona’s new leadership before signing the paper.

All of the demands are focused on improving Barca’s competitive ambitions, not on earning more wages, which is expected to be less relevant to the Argentine at this point in his life given how much he has actually conquered.

Messi is said to want certainty that fans at the Camp Nou will witness a “world-class team” and there will exist a sound recruiting plan in the future.

The Argentine wants to see some “shrewd” acquisitions and at least one “big name” player. In view of the above, the club had started negotiations with Mino Raiola to see whether Dortmund prodigy, Erling Haaland can be signed.

Messi is also reported to want to see a coordinated response to grassroots development programs and a belief in youngsters coming in from La Masia. The introduction of the likes of Pedri, Moriba, Mingueza into the first team might attribute to Messi extending his contract.

"Players like Pedri, Moriba, Riqui & Mingueza are the future of this club." pic.twitter.com/3o5exUmxbT

Whatever the situation is, the fans at Nou Camp would want their captain to stay at Barcelona. And if the Barcelona Board meets the demands of ‘La Pulga’ then he for sure will be seen donning the Catalan jersey again.