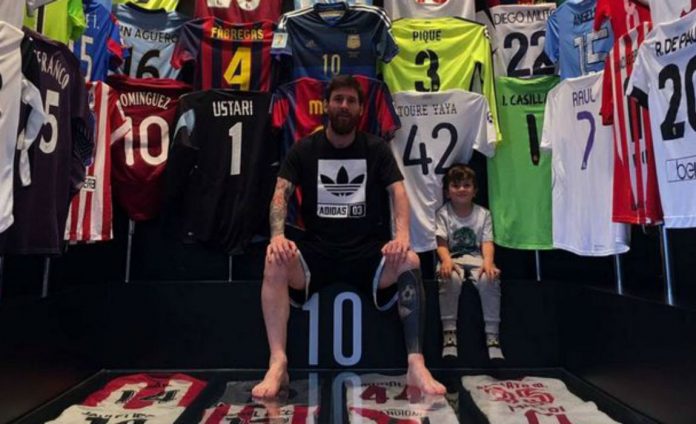 Barcelona superstar Lionel Messi revealed his shirt collection and it definitely is as extraordinary as the footballer himself. Messi took to Instagram to post a picture of himself and his son, Thiago, with the astonishing assemblage of his shirt collection at his home in Spain. At the center of the collection is the 29-year-old’s World Cup Final shirt from 2014, where Argentina were beaten 1-0 by Germany in Rio de Janeiro.

Shirts of Manuel Lanzini, Sergio Aguero, Oscar Ustari, Alejandro Dominguez and Messi’s idol, Pablo Aimar, as well as a who’s who of European greats, such as Thierry Henry and Pavel Nedved are included in his legendary collection.

Messi even did not forget to include the two Real Madrid legends, Iker Casillas and Raul. 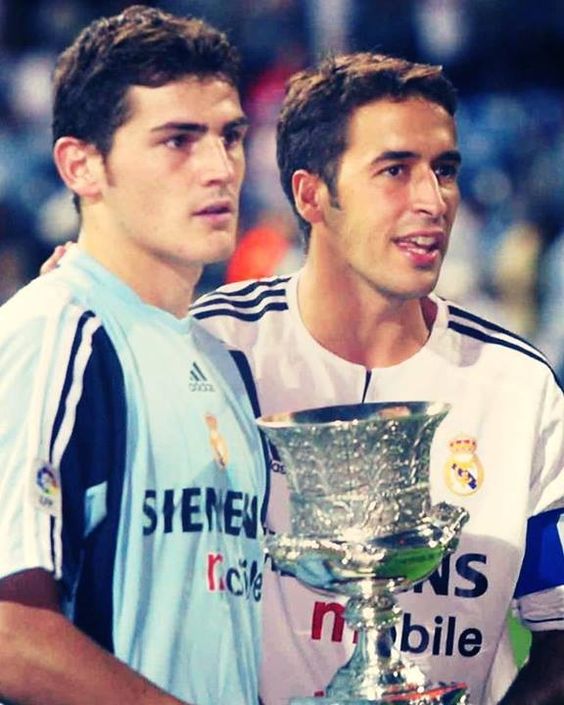 However, the most interesting shirt on display has to be that of former Aldosivi midfielder Hernan Lamberti. 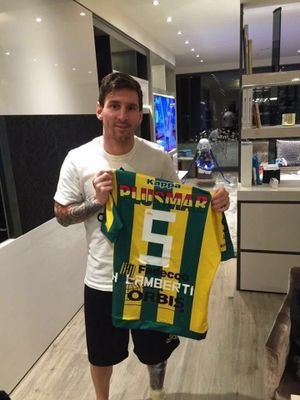 Lamberti sent a shirt to the five-time Ballon d’Or winner, home in Catalunya, via a mutual acquaintance that is a Tattoo artist Roberto Lopez.