CLOCK IS TICKING FOR ARTETA 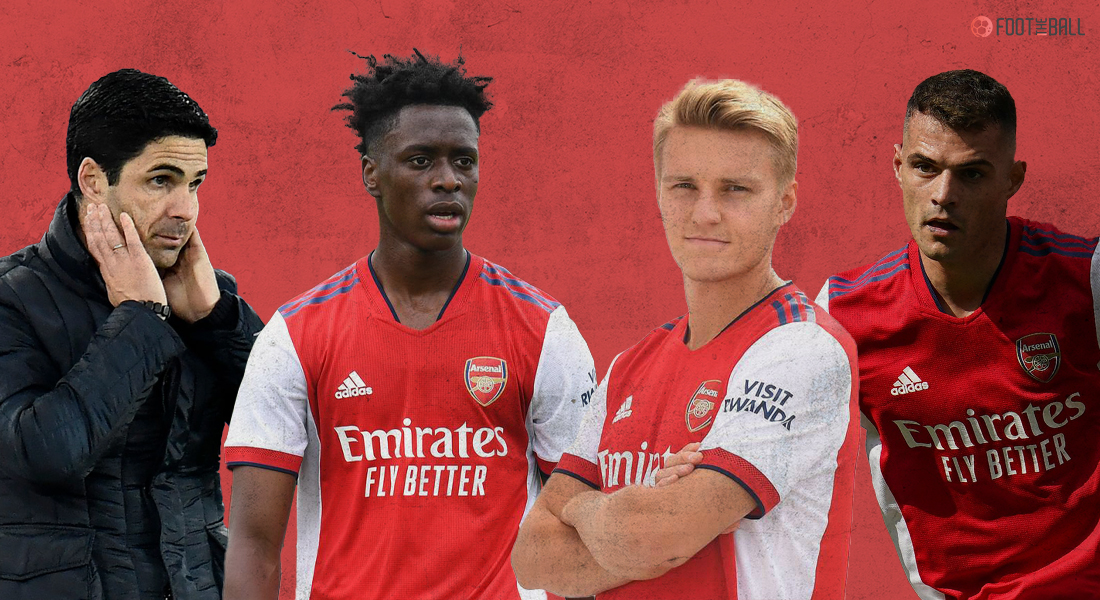 The tenure of Mikel Arteta started with such high hopes and even trophies. The win over Chelsea in the FA Cup final last year, where they were the underdogs was followed by further triumph in the FA Community Shield. Last season was supposed to be the continuation of those successes which instead turned into a certified wreck.

Finishing 8th after 13 defeats (second-most in top 10) and 55 goals scored (second-lowest in top 10) meant no European football for the first time in 25 years. Moreover, the debacle with the European Super League caused even more rift between fans and owners who have never been the most popular.

-0.7 – Since Mikel Arteta's first game in charge on Boxing Day in 2019, Arsenal's Premier League opponents now have a higher expected goals return (78.9) than Arsenal do themselves (78.2). Negative. pic.twitter.com/nQX60Gh4Mi

This season was supposed to be a new start, having already spent the most by a club in Europe so far. Two defeats from the opening two games has Arteta already reaching for excuses and patience.

The full-time whistle at Emirates yesterday was met with a very familiar sound and sight. Thousands of home fans booing their team off the field on the back of a dismal 2-0 loss to rivals Chelsea. The jeers were as much for the end result as for the dreaded showing their team produced over the 90 minutes. The most revealing thing about the game was hearing Arteta’s comments after it where he bemoaned the absence of “senior players” and tried to dismiss a supposed narrative of “them” who were trying to derail their budding team.

"I'm sad for the fans because we really wanted to give them something special today."

More from Mikel Arteta after #ARSCHE 👇

Given how the Gunners have spent £129 million already, these kinds of excuses will satisfy barely a few. Looking at the 11 that Arteta put out in both the matches so far, the true “youngsters” were Gabriel Martinelli, Bukayo Saka, and Emile Smith-Rowe. New signing Albert Lokonga has already played over 50 times across two seasons before joining so he cannot strictly fall in this category.

It says a lot about Arsenal's inability to trim back their squad that they have eight senior players unavailable (nine if you include Odegaard) and yet are still able to name a full bench without raiding the Under 23s.

With the talk of putting more responsibility on Smith-Rowe and the number 10 shirt, his two showings had only a select few highlights. The absence of strike duo Alexandre Lacazette and Pierre-Emerick Aubameyang are a big miss but if your entire strength is based on two players scoring, there are deeper problems to overcome.

🗣Darren Bent on #Arsenal: ‘It’s tough to watch. The performance against Brentford was poor, they were bullied. It wasn’t good to watch and I felt sorry for Ben White. If we want to get back to the good times, you sack Mikel Arteta and bring in someone like Antonio Conte… pic.twitter.com/TotEAwRQAe

£50 million man Ben White was utterly ineffective against Ivan Toney and Bryan Mbuemo who constantly used their trickery and speed to get past him. Pablo Mari and Rob Holding were literally bullied by Romelu Lukaku with the pair having no answer for the Belgian’s physical dominance. Chelsea had 22 shots against Arsenal’s six which is about as comprehensive as dominance gets.

Romelu Lukaku has been named the Man of the Match for his outstanding performance today against Arsenal. He absolutely bullied Pablo Mari and their whole defence.

Their defending for all the four goals have been woeful with two amongst them being particularly hard to digest. Brentford’s second was the result of a long throw-in being allowed to bounce by every defender and the goalkeeper in front of goals before it was nodded in by Christian Norgaard. The Blues’ opener was some intelligent linkup play that saw Reece James in acres of space on the right of the penalty box. His grounded cross was tapped in by Lukaku who managed to out-muscle Mari to the ball.

An outstanding performance in the London derby by the 21-year-old. 🌟#ARSCHE pic.twitter.com/jvJGyPzzkJ

Could White and Hector Bellerin have done better? Unlikely. Bellerin was one of the most average performers last season and is keen to leave the club soon. If Arteta really wants to use that excuse of missing him, it is worth noting that Callum Chambers and Cedric Soares have almost 300 Premier League appearances combined.

Martin Odegaard was a miss, yes, but how quickly will the Norwegian adapt to the league given he only managed one goal and two assists in 14 games. Arteta has a lot of “getting better” to do if he is to live up to his words.

Since the founding of the club, Arsenal have never suffered defeats in their opening two games while scoring no goals. That is not the kind of history that Arteta was brought in to make. As seen above, finding the net has been an issue since last season but there seems to be no solution yet.

They have not brought in a backup striker as understudy to Aubameyang and Lacazette with Martinelli clearly struggling to fill those boots. The purchase of Aaron Ramsdale was a curious one since Bernd Leno is the clear number one and they already have Alex Runnarrsson in the wings. Even the acquisition of White sparks questions, with the 23-year-old having just one good season at Brighton and William Saliba not given a chance.

Bacary Sagna had some things to say about Arsenal 😳 pic.twitter.com/EG5wq2FwYl

The Gunners thoroughly dominated against the Bees but have clearly lacked clinical finishing for some time. Arteta can no longer use the excuse of not getting new additions as the Kroenke’s have spent so heavily after many, many years. He will need to improve and fast if he expects the board as well as fans to believe in him longer.

20 – Mikel Arteta suffered his 20th defeat as Arsenal manager in the Premier League, in what was his 60th game – while Arsène Wenger didn’t register his 20th defeat with the Gunners in the competition until his 116th game. Gulf. pic.twitter.com/NRgTaGKFSW

With Manchester City coming up next, that is easier said than done, however. Getting back into the top-four or even the top-six is a distant dream. The urgent need right now is getting points and goals.