Mino Raiola: Balotelli Was Treated Like A ‘Piece Of S**t’ By Jurgen Klopp 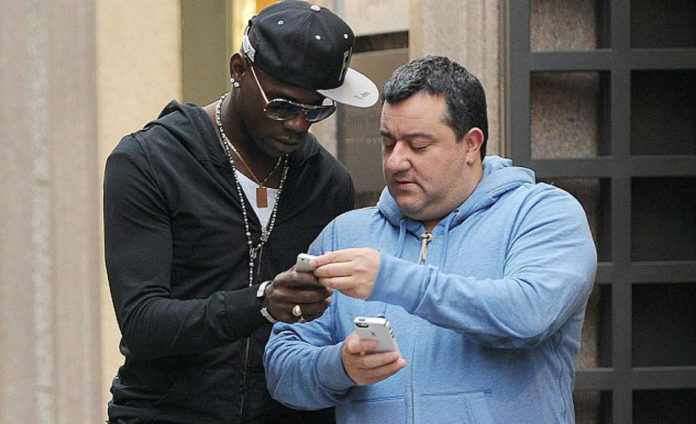 The Italian striker was earlier linked with a loan move to the Serie A club, but the club has permanently purchased Balotelli, without spending a penny.

Balotelli’s agent Mino Raiola is furious over the kind of treatment his client received after his return to Liverpool from AC Milan.

Mino Raiola openly criticised Liverpool manager Klopp and said that the former Dortmund boss treated Balotelli like a ‘‘piece of s**t’ before his switch to Nice on free transfer.

The Italian striker had spent the last season on loan at AC Milan before returning to Liverpool and hoped to secure a place in the first team.

However, Klopp declared that Balotelli does not fit in his plans for the on-going season. Klopp had insisted that Balotelli has the potential to revamp his career in the future but he made it clear that his future is not in Anfield, which forced the Italian striker to join Nice on transfer deadline day.

Before his move to Nice, Klopp had instructed the former Man City player to train with the Under-23s.

The Italian striker failed to match the standards at Liverpool and scored only 4 goals in 28 appearances during his single season at the club. He managed to score only one in 20 matches during short stint at AC Milan on Loan.