Where’s My Football: The Ball That Went Missing At UEFA Euro 2016

The thing at the very centre of the action gets the least attention – the ball itself.

Not that this stops Adidas from selling millions of them. Where one commemorative football is normally enough per tournament, this time the German sports giant went one better. Having unveiled the “Beau Jeu” (“Beautiful Game”) for the opening rounds, it introduced a new ball called the Fracas for the knockout stages. According to the marketing blurb, it has a “more disruptive” red and black design and “represents the noise of the crowd and the excitement around a winner-takes-all mentality on the pitch”.

You have to read carefully to appreciate that only the labelling is different. The Fracas has the same six-panel design as the Beau Jeu and also the Brazuca 2014 ball from the World Cup. They are all designed for “true flight, accuracy and control” (and certainly not bursting, though a Beau Jeu did during the France v Switzerland game a couple of weeks ago).

The launch and rhetoric reminds us just how much the modern football is central to the business strategies of mega sports corporations like Nike and Adidas that mass-produce them. Adidas expects to sell €2.5 billion (£2.1bn) of balls, boots and other products on the back of the tournament.

These manufacturers benefit from the fact that footballs are also intensely scrutinised by sport scientists looking to optimise player performance. It helps them present the football as a larger than life, endlessly moving commodity that empowers players with extra skills, perception and talent.

In truth, the size and weight of a football has changed little since 1872 when regulations began – even production in poor countries goes back to the 19th century. Yet manufacturers often claim the original was an elliptical, water-hogging, eight-panelled creation made out of the skins, skulls and bladders of various animals.

The changes in the intervening decades, they claim, have been nothing short of “revolutionary”. They tell a story of the triumph of capital investment and intellectual labour in developing 21st-century bonded/six-panelled balls made from polyurethane layers and gas-filled Impranil foam. They present a perpetual quest to achieve optimum roundness, drag coefficient, energy transfer, flight accuracy, side and lift force and all-weather performance.

On top of all this “science bit”, the marketers treat the ball as an independent spectacle in itself. They have used the past three World Cup events to launch the latest instalment of “the story of football so far”. When the Adidas +Teamgeist match balls were unveiled for the 2006 German World Cup, they were inscribed with the details of the teams, date and time of the game in question. This culminated in a special gold ball for the final.

The official match ball for the 2010 World Cup in South Africa was the Jabulani. Billed as the perfect ball for the perfect players, created with team spirit to enhance team spirit, and it was ceremoniously unveiled on the occasion of the final draw. Its 11 colours were meant to symbolise the 11 languages and communities hosting the event. 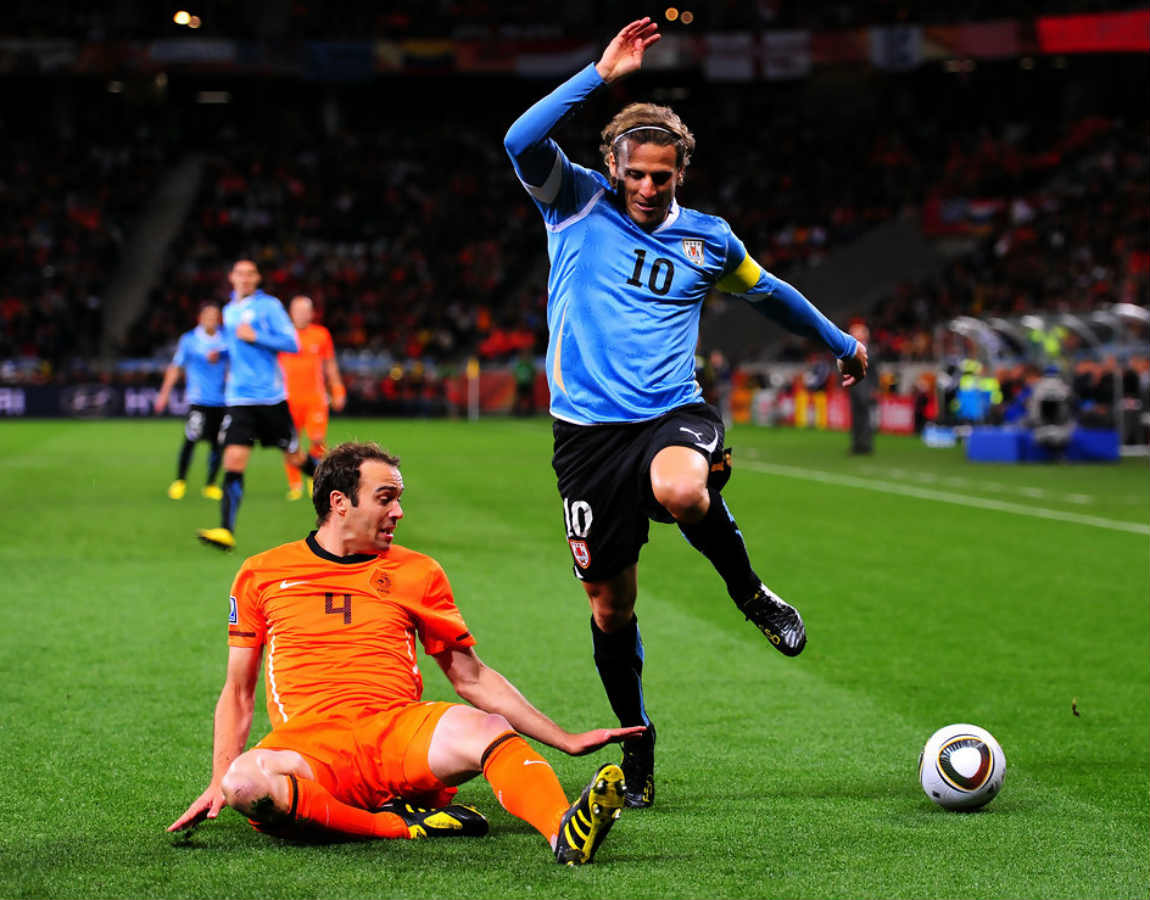 As for the Brazuca, it remains the high point in the perpetual quest for football perfection – the object of two years of intensive scientific wind testing that used wind tunnels, “kick robots” and trajectory analysis.

Each new ball is marketed to represent the stereotypical traits of the host nation. The +Teamgeist symbolised German efficiency, team spirit and organisation. The Jabulani was about colour, exuberance, energy and quirkiness. The Brazuca represented the role of soccer in brandishing Brazil’s global and national identity.

Marx out of ten

So what to make of all this? From the vantage point of pundits and fans the football is hardly ever the subject of discussion. They only talk about the ball in relation to players winning it, kicking it, saving it or whatever. During the game the ball is merely what it is – a useful object for playing football. As long as the it does not go flat or missing, it is for practical purposes almost invisible.

Few will spare a moment’s thought for its “pristine aerodynamic qualities” as it ping-pongs around the field of play. As the Wales and Real Madrid star Gareth Bale would have it: “I tested Beau Jeu in training with long shots, passes and running at pace. It performed brilliantly.”

The marketing speak is an example of what Karl Marx called “commodity fetishism”. We often hear about people fetishising inanimate objects by treating them as larger than life and we usually take this to mean they are obsessing about them. But Marx meant something more than just obsession.

He was talking about how people express their social relations indirectly through the objects they produce and exchange. To sell us these objects – to turn them into a consumer fetish – manufacturers have to imbue them with a status way beyond their basic value. They make them symbolise the things we are told to value, such as national identity, technological power and physical capacity. By doing this they transform it from a simple object to subject in itself.

Marx didn’t take much interest in watching football as far as we know, but he explained how we are sold the modern ball and all the rest of the kit and equipment more than a century before the event. Few are likely to care when they sit down to watch the Euro 2016 final on July 10. But for those who can’t resist the fetish of the “disruptive” design and “winner-takes-all mentality on the pitch”, be warned that it comes at a price. Adidas is retailing this subject of wonder at £99.95.

(The author, Peter Kennedy, is a Senior Lecturer in Sociology, Glasgow Caledonian University. This article was originally published in THE CONVERSATION.)

Peter Kennedy
Peter Kennedy is a senior lecturer in the Department of Social Sciences, Media and Journalism. His teaching commitments cover modules relating to health, illness and medicine; sport; and Marxism and critical social theory. He also teaches the relationship between knowledge, self and society on the University-wide Master of Research Programme. Dr Kennedy's research specialisms and interests include football studies, sport, health and illness, Marxism, and Critical Social Theory. He is a reviewer for the Journal, Soccer and Society and for the Journal, Capital and Class. He is a Member of the Editorial Board of the Journal, Critique; and an Associate of the Centre for the Study of Socialist Theory & Movements, School of Social and Political Sciences, Glasgow University. He co-wrote with Dr David Kennedy the book Fan Culture in European Football and the Influence of Left-Wing Ideology (2013, Routledge). He received his undergraduate degree in social sciences at Liverpool John Moores University and his MPhil and PhD degrees at Glasgow University.