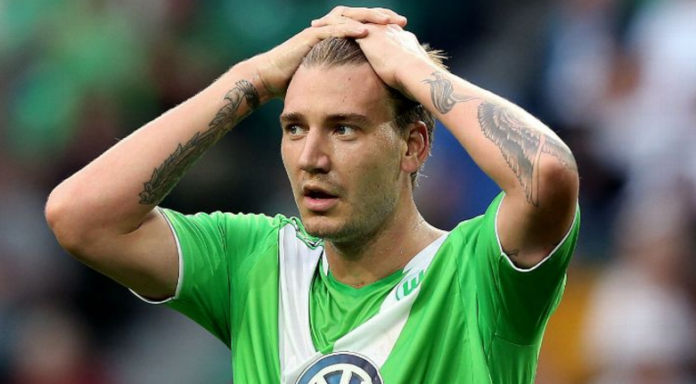 Nicklas Bendtner has signed for Nottingham Forest, the Reds owner Fawaz Al-Hasawi has revealed on Twitter.

The former Gunners striker’s contract was terminated by Wolfsburg in April, and the Danish international has will now make a return to English football. 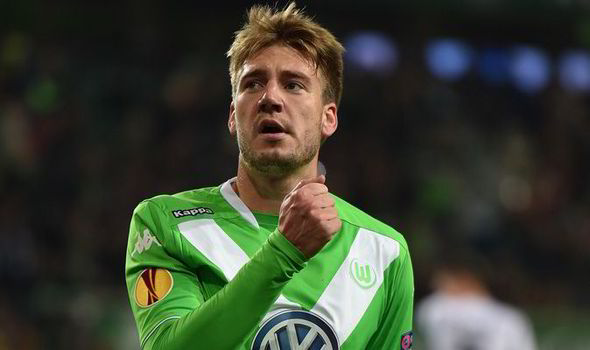 The 28-year-old has put pen to paper on two year contract.

The Danish emerged from Arsenal’s youth team and made over 170 appearances for the North London club, scoring 45 goals. 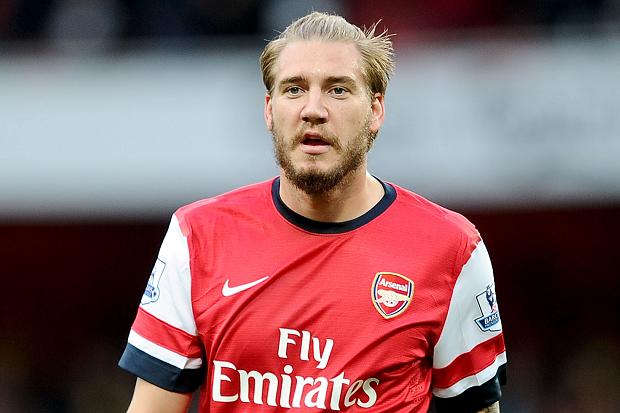 Nicklas was loaned out to Birmingham City, Sunderland and Juventus after which he left Arsenal in 2014.

Bendtner joined Wolfsburg in the summer of 2014 and found the net nine times for the German side.

Bendtner had a fallout with the club hierarchy after he posed next to Mercedes(rivals of Wolfsburgs main sponsor Volkswagen) and was subsequently told to stay away from the clubs training ground.

Nicklas and Wolfsburg agreed to mutual termination of contract in April this year and the Dane had been looking for a new club since.

Bendtner has scored 29 goals for the Denmark national team in 72 games.