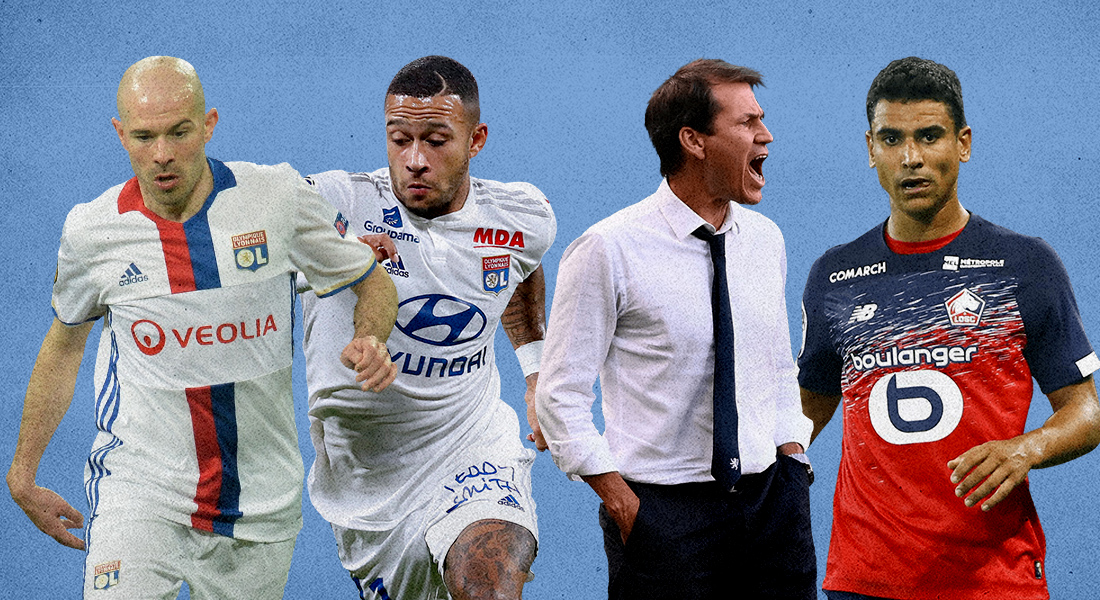 The Ligue 1 title race could be turned on its head when leaders Lille take on 4th placed Lyon this Sunday. A win for Lille would cement their top spot while Lyon could go top with three points, other results permitting. A stalemate at the end of 90 minutes at the Parc Olympique and PSG or Monaco could take advantage to become the pace-setters.

Lyon might have a difficult road to being crowned champions. Though they are just three points behind the leaders a loss on Monday could dent their title hopes. Les Gones have picked up a massive 67 points after playing 33 games his season, their highest tally since the 2007/08 season. They lost their French Cup quarterfinal 2-0 to Monaco in midweek but got all three points in the league last time with a 2-1 win over Nantes.

Full time — Les Gones fall to Monaco, 2-0, after playing nearly half of the match with ten men.

Lille have been on a fairytale run this year. Their fortune lies in their own hands. If they manage to win all their remaining fixtures they’ll be crowned champions of France. Lille dropped points against Montpellier last weekend, a 1-1 draw which allowed PSG to close the gap at the top to just one point.

Lyon started their matches against Nantes and Angers with the same team. And it is believed that Rudi Gracia’s will have an unchanged XI for the third time in a row and for the first time since 2019.

Christophe Galtier could bring out the same team which drew against Montpellier. Midfielder Renato Sanches is a doubt having missed last week’s match but Lille have everyone else available.

Lyon’s talismanic captain, Memphis Depay is looking to guide his team to their first Ligue 1 title since 2007. He’s leading the goal-scoring charts for his team and is second in the league overall. Lyon has a mid-field that is full of ideas and they could produce a magical performance on any given day of the week.

On the other hand, Lille has a wall in their goal. The charismatic keeper Mike Magnain has recorded 18 clean sheets for his team. His performances have earned him a French national team call-up. Lille also have a habit of snatching wins from teams late in the game, having rescued 10 points in the last 10 minutes across matches this season. If Andre and Araujo control more of the ball in midfield, Lille might retain their top spot after 90 minutes.

Lille was pushed out of the Coupe de France by PSG earlier and had the whole week to recover. Lyon’s match against Monaco may tire bodies and brains. The league leaders have largely performed well in the big matches and have instead dropped points against teams further down the table. This is another huge occassion and we expect Lille to turn up this time as well. FootTheBall predicts Lyon 1-2 Lille.