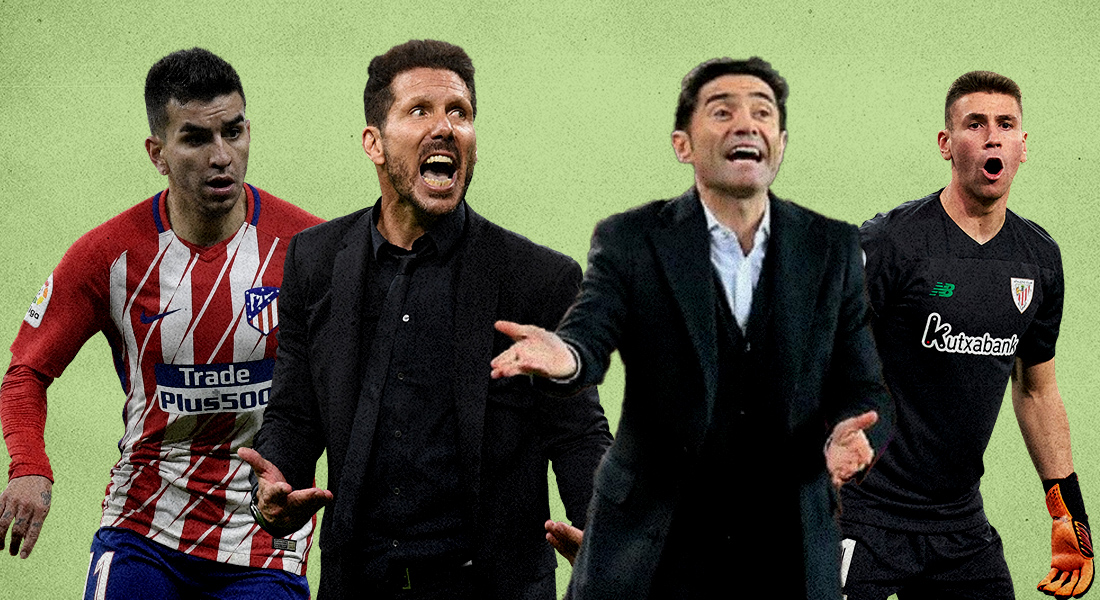 Table-toppers Atletico Madrid will travel to Estadio San Mames on Sunday to face off Bilbao as they look to consolidate their top spot in La Liga. After defeating Huesca on Thursday, Diego Simeone’s side will look to repeat the heroics of the reverse fixture when they defeated Bilbao 2-1. Athletic Bilbao on the other hand come into this game after a draw against Betis where both the teams failed to find the back of the net.

FULL-TIME I The spoils are shared after a stalemate at the Benito Villamarín. Villalibre hit the crossbar in injury-time.#RealBetisAthletic #AthleticClub 🦁 pic.twitter.com/h0I88HqD7y

Los Rojiblancos have been top of the La Liga table for most of the season but a return in form of Barcelona and Real Madrid has added spice to the Spanish title race. They have accumulated 73 points from 32 games and will look to keep the winning momentum going. Any slip-up now could prove very costly for Simeone’s side as both Barcelona and Madrid are breathing down their neck.

On the other hand, Marcelino García Toral’s side has had a bumpy ride all season. They are 10th in the league and were recently tormented by a Lionel Messi masterclass in the Copa Del Rey Final. Though Los Leones are undefeated in their previous five league matches, Atleti will surely present a challenge at San Mames.

It doesn’t get any easier in terms of availability, with Athletic Bilbao boss Marcelino Garcia Toral only having to deal with one health issue – Peru Nolaskoain will miss out on the match because of a muscle injury.

Atlético boss Diego Simeone has several players sidelined due to injuries. Those who won’t travel to San Mames are Joao Félix, Thomas Lemar, and Luis Suárez due to several injuries the three of them have picked up in recent weeks.

Atletico Madrid has been the team to beat this season. Though they might miss their top-goalscorer Luis Suarez, the likes of Correa and Carrasco could turn the game on its head. They’ll once again look towards Marcos Llorente to provide the perfect service to their strikers.

The midfielder is currently tied top of the assist charts with Iago Aaspas at 10 apiece. Bilbao can be a tough team to score against with their defensive solidity and Simeone would need his strikers to be at their best to get the win.

Los Leones will once again expect their senior players to take charge of the team. Raul Garcia can prove to be a headache for Atleti. The duo of Inaki Williams and Iker Munian will have to step up their game if they have to get past opposition keeper Jan Oblak. Unai Simon has kept eight clean sheets this season and would look to stop Los Rojiblancos strikers from scoring on Sunday.

Keeping all things in mind an Atletico Madrid win is likely. Marcelino’s side will find it difficult to score against Jan Oblak while Simeone’s side have the quality to create openings throughout the game. Bilbao won’t be a rollover but Madrid need the three points and so FootTheBall predicts Athletic Bilbao 0-2 Atletico Madrid.