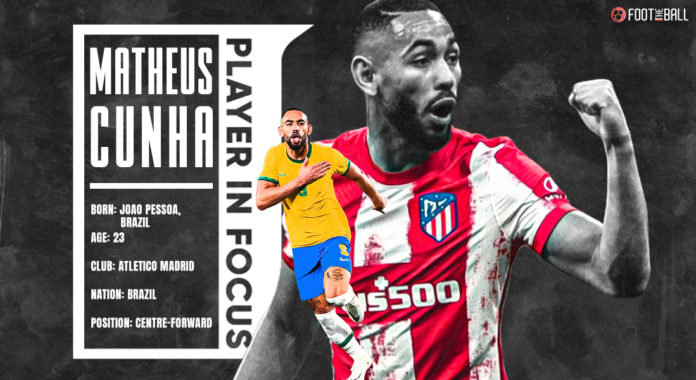 “For Liverpool to return to the level of us and Manchester City was clearly going to require huge investment. Anfield has not moved on. Even the dressing rooms are the same as 20 years ago. My reading of their squad was that they needed eight players to come up to title-winning standard.” As Manchester United now chase the transfer of Atletico Madrid’s Matheus Cunha, Sir Alex Ferguson’s words perfectly fit the situation at Old Trafford.

If you replace Liverpool with Manchester United and Anfield with Old Trafford in Ferguson’s statement, it perfectly describes the situation of Erik Ten Hag’s men in the league. Two insipid performances in the league and a disastrous transfer window have only seen Tyrell Malacia, Lisandro Martinez, and Christian Eriksen arrive at the club.

While the defence has been the weakest link, the midfield and attack are not great either. With Mason Greenwood out of the picture, the club’s attacking options are sorely lacking. And while a deal for Frenkie de Jong is the priority, Matheus Cunha is an astute signing who could make United better. Although United need more than him to improve their squad, getting Cunha is a step in the right direction.

Last season, Atletico Madrid failed to defend their La Liga title as a rampant Real Madrid side conquered it all. However, Matheus Cunha was a revelation for the Los Colchoneros. Diego Simeone had signed him after two successful seasons at Hertha Berlin, where he scored 12 goals and provided four assists.

And Matheus Cunha was worth the €26 million that Atletico spent on him. So, what kind of player is Cunha? He can best be described as a ‘defensive forward’ like Roberto Firmino. Firmino and Cunha have played at Hertha Berlin, although at different times.

Manchester United had direct talks with Matheus Cunha’s agents as with many others in the last few days. No agreement reached with Atletico Madrid as things stand. 🚨🔴 #MUFC

Cunha is a cross between a centre-forward and attacking midfielder and is equally involved in scoring goals and creating them. His strong physical attributes also make him very hard to dispossess, which makes him a menace for defenders. It also helps him shield the ball, allowing him to move the play forward.

When Atletico lost the ball, Cunha immediately became a no-nonsense defender, tackling, pressurising, intercepting, and blocking to win the ball back as quickly as possible. If doubts persist about Cristiano Ronaldo’s future at Man Utd due to his lack of work rate, Cunha is at the extreme opposite end of the spectrum. He is perfect for implementing ten Hag’s version of the gegenpress.

He is equally good at creating chances for his team. While he was only used as a substitute, Cunha had mind-boggling stats in the attack.

Cunha’s success is down to his excellence in multiple areas. The Brazilian is also a master of arriving late in the box unmarked to score the goal. Despite being a forward, Cunha keeps his run in check and tries to create openings in the defence. He is great at exploiting half-spaces on the pitch. And this is where his vision plays a key role. Cunha is a master at making runs at the perfect time to create gaps in opposition which gets him in good scoring areas.

As mentioned earlier, Cunha was played as an impact sub, a role he played to perfection. The Brazilian was involved in 10 goals, most of which came as a substitute. He scored a goal every 56 minutes last season, the best return of any player in La Liga.

Despite playing limited minutes, Cunha was the fourth-best player in Expected Offensive Value Added (xOVA). Fbref data shows that he creates 0.15 chances per 90 minutes by shooting, among the top three percentile forwards.

56 – Atlético's Matheus Cunha has scored for each 56 minutes played in this LaLiga season, the best average for a player this term in this competition. Profitability. pic.twitter.com/H2uiSeMmFC

Cunha is equally good at applying pressure. His 21.89 pressure per 90 minutes ranks among the top five per cent of attackers, while his 5.69 successful pressures are among the top six percentile.

At Hertha Berlin, where he was a guaranteed starter, Cunha showed how good he could be. The 23-year-old made the second-most successful dribbles in the Bundesliga. He also won 75 fouls, the third-most in the league, demonstrating his attacking excellence. Overall, he is the quintessential forward who would always be useful to the team, whether he scores or not.

Matheus Cunha is a hard-working forward who is tenacious. However, he also has impressive attacking skills that he can use to thwart the opposition’s defence. He is a complete forward who has all the attributes to succeed.

Cunha’s speciality is his ability to adapt quickly. He may have flashy skills, but he won’t mind shifting to another skill to get the job done if that doesn’t get the job. Also, while Cunha may be a good goal scorer, he does not shy away from passing the ball if a teammate is in a better scoring position. Line-breaking progressive passes is a key strength of his.

His strong physical attributes and pace are also necessary for the Premier League. However, one concern regarding Cunha is that he has not been featured for an extended period in a league. While he has been brilliant as an impact sub, it is early to tell how he fares when put as a starting player regularly.

Matheus Cunha was unveiled by our board, proclaiming him as our 'future'

Had better stats than Griezmann & Correa, despite playing much less

Spent the summer in Brazil with Costa

After all these, some people think that Cunha would leave Atleti & join ManUtd?!

After just one season, Matheus Cunha is on the radar of Manchester United, who are desperately looking to upgrade their team, especially after losing their opening two matches in the Premier League. The club are currently in a mess. Their game against Brentford was especially humiliating for Ten Hag as they conceded four goals within 35 minutes to go down to 20th in the table.

While Cunha is a brilliant player, he cannot turn things around alone at United. He is a player that would suit Ten Hag’s tactics, but he is not yet on a level where he could be trusted as a starter for United.

The team would need a load of players who fit Ten Hag’s ideology before he could start moulding them into a top force. But with several players rejecting the chance to join them, the best bet for Ten Hag is to take young talented players and turn them into world-class operators, and Matheus Cunha could be just that player.