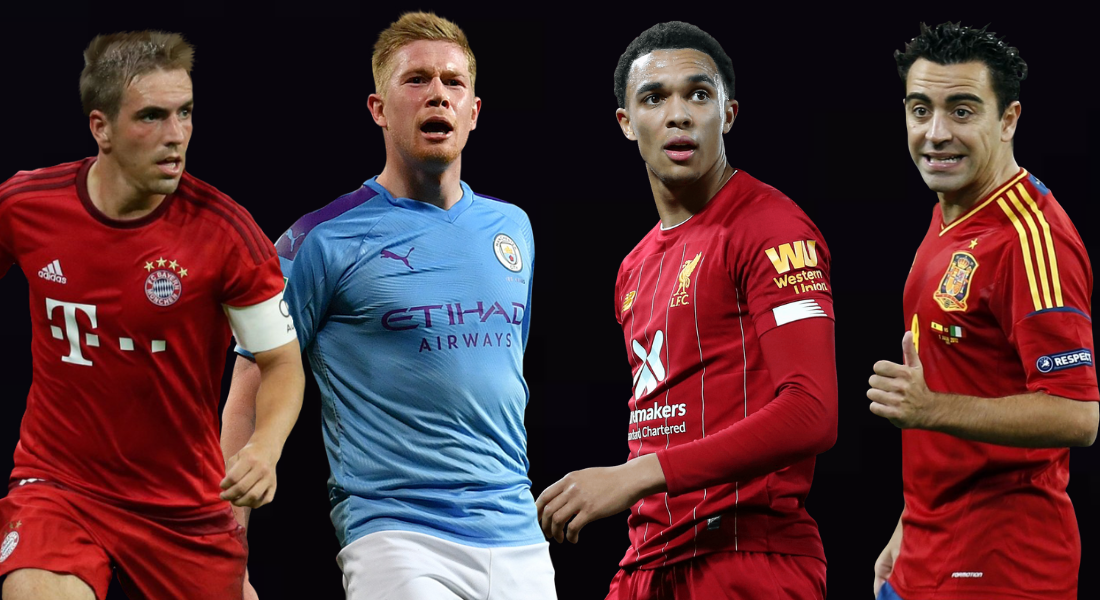 We are back with another article for our ‘FootTheBall Simplifies’ series that delves into a tactical concept of modern football to simplify it for the fans.

This time we are here to explain ‘half-spaces’, another tactical concept that is often neglected and misunderstood by fans. In fact Klopp and Guardiola do tend to reference the concept from time to time in their conferences too.

Brian Hostetler defines ‘Half-Space’, an area of the field that fits between the middle and wide area – hence the name half-space. The space is the field long, not just in the attacking half like some would believe. It’s between the outer lines of the 6 yard box and the outer line of the 18 yard box. 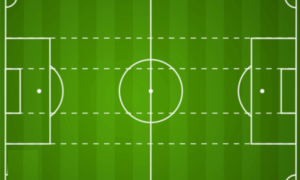 HOW RELEVANT ARE HALF SPACES

The reason why ‘half-spaces’ have become such an essential tactical concept in the modern game is actually quite simple. The central zone is the closest to the goal and the keeper is very exposed as the attacking team has the whole goal in their line of sight, they are also able to pass in every direction (left, right, forward, backward and four diagonals). This makes the central zone extremely congested and well defended, as very little time and space is offered in this zone. The wide zones on the other hand offer more space to be exploited as it is less crowded, but since the zone hugs the touchline passing options are slightly more limited(forward, backward, left or right and two diagonals). 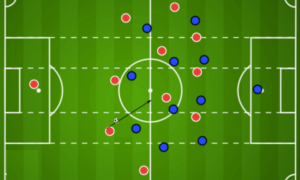 ‘Half spaces’ solves this issue as  the player that has the ball in the half-space, can still pass in every direction, similar to the centre, but has the advantage of having more space than in the center. It also has the added benefit of facing the goal diagonally instead of vertically, meaning that the player does not have to face away from the goal. ‘Half-spaces’ are essentially wide enough to distort the shape of the defending team and central enough to progress the ball from a threatening position.

Updated assist chart from the @premierleague @PLinUSA thru week 14. All assists from the run of play. pic.twitter.com/ouRiapXI1I

Thus, the utilization of the ‘half-spaces’ has become an integral tactical concept in the modern game and is used a lot in the positional play of elite teams like Liverpool and Manchester City.

A TOOL FOR ELITE COACHES

Guardiola at City, usually deploys his most creative players in these half spaces, to offer them time and space to show their quality. Players Kevin De Bruyne and Phil Foden tend to function in this space despite being very unorthodox number 10s, a similar role that was played by Xavi and Iniesta at Barcelona under Pep. De Bryune and Foden who provide creativity through their dangerous crossing and penetrative through balls from these pockets, are also allowed to cut in further towards the goal and shoot. They also offer strong runs into the box from the half spaces for crosses from the opposite wings. In a Guardiola team the idea of the inverted full backs was developed on the concept of the half spaces, a role that was immaculately played by Philip Lahm at Bayern under Guardiola. Luckily, he has technically gifted Players like Cancelo and Walker at city, who tend to under-lap their wingers shifting in centrally to provide greater space for the influential players further up the pitch either in the half spaces or on the wings.

Klopp has his own tweak to fit the high intensity press of Liverpool. He asks his central-midfield players to press from the half spaces to support the press by their wingers from a similar position on the field, making it almost impossible for the opposition to play through them centrally. This always give the player that wins the ball, space for a ‘transition’ on the wings which is utilized really well by their extremely influential full-backs and wingers. This one of the reasons creative full backs like Trent-Alexander Arnold and Andrew Robertson are always able to find space on the wings or the half spaces right out-side the box to deliver their lethal crosses.

Hopefully, now you have a better understanding of what ‘half-spaces’ are and how elite players, coaches and teams utilize them. Maybe the next time you see Kevin De Bruyne and Trent-Alexander Arnold deliver one of their signature crosses, you actually understand why and how they are always able to find so much time and space, now you can try copying them in real life too.